Mohsen Fakhrizadeh was shot on Nov. 27, 2020, while driving his Nissan Teana between a vacation home on the Caspian Sea and a country house and the town of Absard, where he planned to spend the weekend with his wife, according to the report.

Iranian agents working for Israel had parked a blue Nissan Zamyad pickup truck on the side of the road with a 7.62-mm sniper machine gun hidden among decoy construction materials.

An assassin with the Mossad, Israel’s intelligence agency, fired the gun at Fakhrizadeh. The assassin was more than 1,000 miles away using an advanced robot to operate the weapon that was smuggled into the country in small pieces.

Iranian state media reported on Friday morning that top nuclear scientist Mohsen Fakhrizadeh was assassinated near the capital city of Tehran by unidentified “terrorists” after a fierce battle with his security team. https://t.co/CvCGyUCGQD

However, explosives planted on the gun and robot left them intact, allowing Iranians to piece together what happened.

Israel has long been concerned about Iran developing nuclear weapons. Iran’s leaders blamed Israel for the assassination saying it was carried out using high-tech means.

“Unfortunately, the operation was very complicated and was done using electronic equipment and no [perpetrators] were at the scene,” Ali Shamkhani, secretary of Iran’s Supreme National Security Council, said at a burial ceremony for Fakhrizdeh.

The Jerusalem Post followed up Saturday confirming the Times’ reporting, saying it cleared up the confusion surrounding Fakhrizadeh’s death.

The Post further reported that questions remain over how successful the operation was in delaying Iran’s nuclear ambitions. 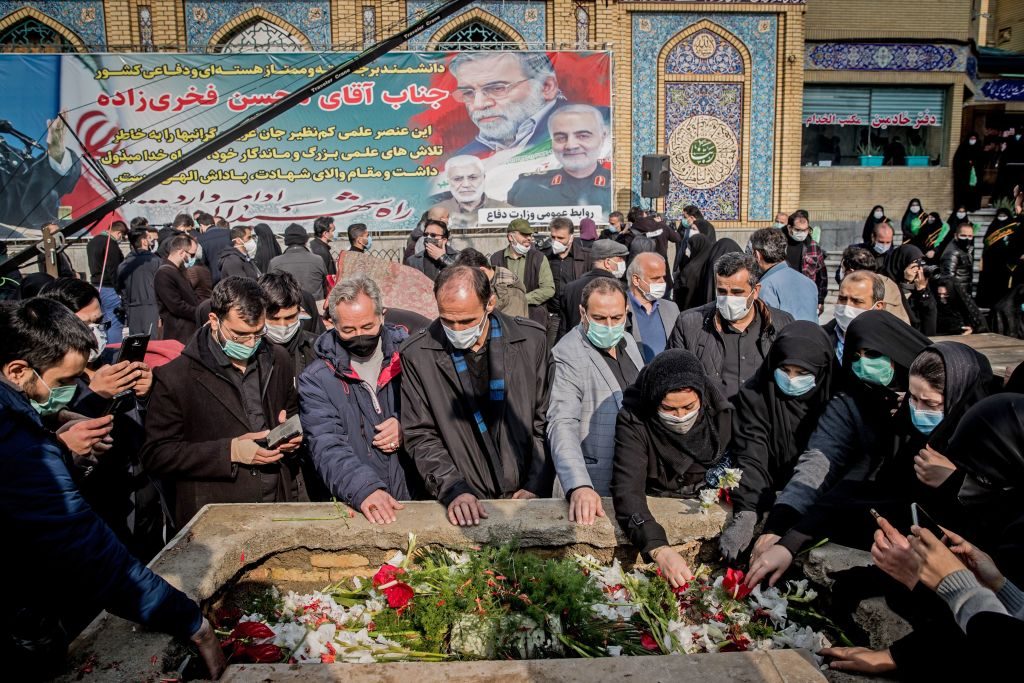 Israel had Fakhrizadeh in its sights since 2007 and was concerned he was accelerating Iran’s nuclear program, according to the Times report.

In 2012, Israel put its assassination plan on hold as the United States began negotiations with Iran over its nuclear program.

After President Donald Trump quashed the agreement with Iran, Israel resumed its assassination plans in 2019 and 2020 along with high-ranking U.S. officials, the Times reports.

Iran’s English language Press TV reported that it would target the U.S. in legal proceedings for its support of Israeli-led assassination of nuclear scientists. Iranian officials are asking the United States to renew discussions over its nuclear program.