A Palestinian teenaged terrorist stabbed two Israelis at a store near the Central Bus Station in Jerusalem on Monday before being shot by a police officer.

The terrorist, who is in serious condition, is receiving medical treatment after being checked by a police sapper.

Palestinian media identified him as 17-year-old Basil Khaled Shawamreh from the area surrounding the West Bank city of Hebron.

According to Jerusalem District Police Commander Doron Turgeman, two other people suspecting of being accomplices were detained by police.

“There is no doubt that there is an escalation,” Turgeman said, pointing to a number of other attacks recently.

The stabbing attack was the second of the day, with a failed attempt earlier by a Palestinian who tried to stab two Israeli soldiers. The terrorist was shot and neutralized before he was able to complete his attack, the army said. He was transported to Shaare Zedek Medical Center in Jerusalem in moderate to serious condition.

Israeli Defense Minister Benny Gantz wished the victims of the Jerusalem attack a speedy recovery. He also lauded the police officer and the soldiers for shooting the terrorists.

“The vigilance and rapid and professional action of the forces on the ground prevented a much more severe result,” said Gantz. “We will continue to act resolutely against any attempt to harm Israeli citizens.” 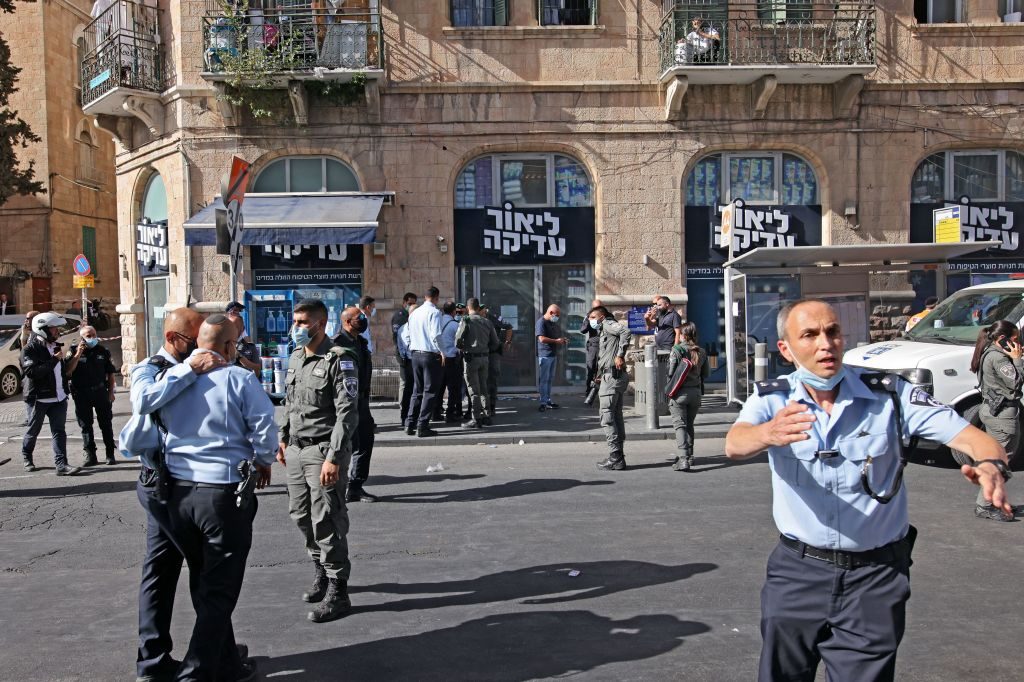 Israeli police officers gather outside the site of a stabbing attack, in Jerusalem on September 13, 2021. A Palestinian man stabbed two Israelis in Jerusalem before being shot by a border police officer, leaving all three wounded, police and medics said. (AHMAD GHARABLI/AFP via Getty Images) 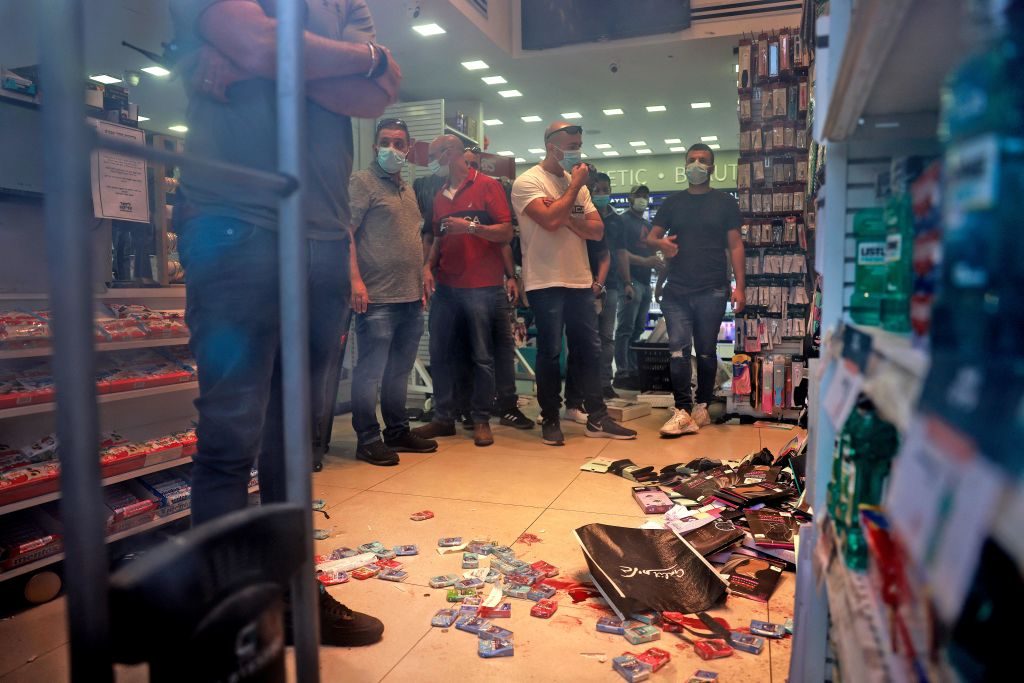 A picture shows people gathering around a trail of blood at the site of a stabbing attack, in Jerusalem on September 13, 2021. ( MENAHEM KAHANA/AFP via Getty Images)

Palestinian Islamic Jihad spokesman Daoud Shehab responded to the terror attack on Monday afternoon, saying “The commando operations in Jerusalem and the West Bank reflect the extent of the rising popular anger as a result of the aggressive policies of the occupation against the prisoners.”

Daoud Shehab, the spokesman of the Palestinian Islamic Jihad terror group, responded to the terror attacks, saying “The commando operations in Jerusalem and the West Bank reflect the extent of the rising popular anger as a result of the aggressive policies of the occupation against the prisoners.”

Shehab further warned Israel would “pay a price for its arrogance” and said that “jihadist” acts were justified.

“Acts of resistance are a legitimate right of the Palestinian people, and we bless and support this jihadist act and salute all the revolutionaries in Jerusalem, the West Bank and everywhere, and we affirm that resistance is the most capable approach to deterring the occupation.”