Afghanistan’s last remaining Jew, 62-year-old Zebulon Simantov, has finally fled the country after years of withstanding threats from the Taliban.

Footage obtained by Israel’s Kan public broadcaster shows Simantov and more than two dozen women and children escaping to a nearby country where they will likely head to the U.S.

Despite threats to his life and having served prison sentences four times over his faith, as recently as last month Simantov vowed again that he’d never leave his home.

“If I left, there would have been no one to maintain the synagogue. I had the opportunity to leave for the US but wasn’t interested,” Simantov told the India-based WION network last month.

However, he changed his mind when he was asked to rescue his neighbors.

“What changed his mind finally is that his neighbors said to him go, and take our children with you because they are also in danger,” Israeli-American businessman Moti Kahana, who runs a private security company that extracted Simantov, said. 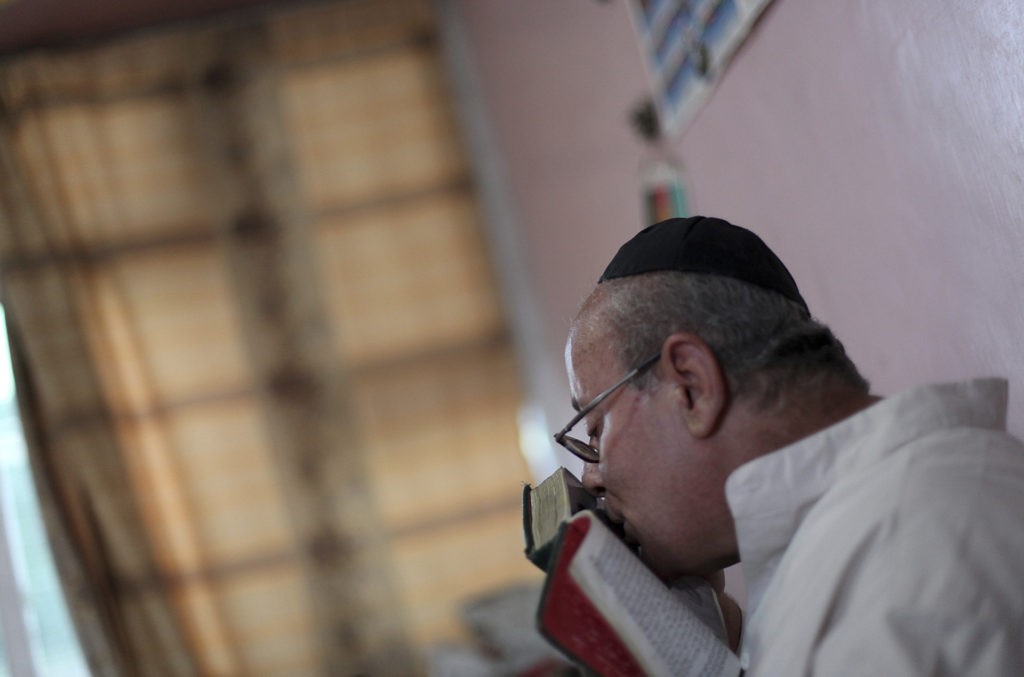 In this photo taken Saturday, Aug. 29, 2009, Zebulon Simentov, the last known Jew living in Afghanistan, kisses his prayer book while observing Shabbat in his Kabul home. Simentov was the caretaker and sole member of Afghanistan’s only working synagogue. (AP Photo/David Goldman)

The Taliban’s spokesman last month assured that Simantov would be safe if he stayed, but according to Kahana, Simantov’s “problem isn’t the Taliban, but Islamic State, al-Qaeda.”

“In his case it’s the other crazies that emerge each day now,” Kahana told Kan. “He fears them,” he added.

“Moshe Margaretten please take me to New York with God’s help,” Simantov says in the video.

The report said he would likely end up in Israel.