Despite only accounting for less than two percent of the population, American Jews are the target of some 58 percent of all religiously motivated attacks in the U.S., newly released FBI statistics show.

Of the religiously motivated hate crimes, fully 676 were committed against Jews, some 58% of all such attacks and 9% of the total number of hate crimes committed across the US in 2020.

Although still high, the 2020 numbers are marginally lower than those of 2019, when anti-Jewish attacks constituted 63% of all religiously motivated hate crimes and 13% of all hate crimes nationwide

A total of 53 percent of incidents targeting Jews in 2020 involved destruction, damage, or vandalism of property; A third were instances of intimidation or harassment; The rest comprised of assaults, aggravated assaults, burglary, larceny or theft. 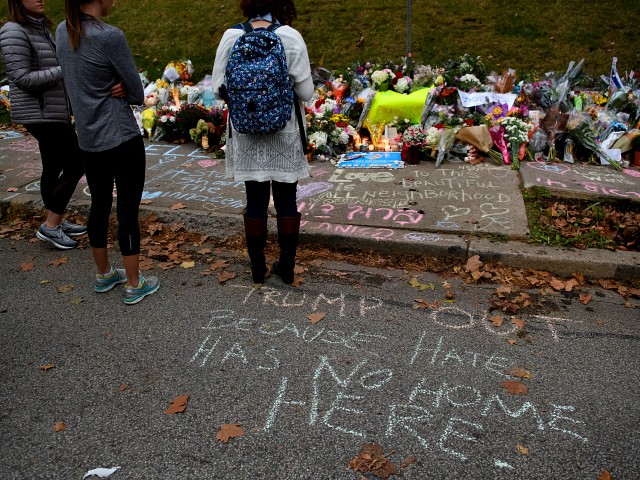 People pause before a memorial for victims of the mass shooting that killed 11 people and wounded 6 at the Tree Of Life Synagogue on October 29, 2018 in Pittsburgh, Pennsylvania. (Jeff Swensen/Getty)

“These hate crimes and other bias-related incidents instill fear across entire communities and undermine the principles upon which our democracy stands. All people in this country should be able to live without fear of being attacked or harassed because of where they are from, what they look like, whom they love or how they worship,” said Attorney General Merrick Garland.

“Every hate crime is heinous and unacceptable, no matter its target, and we must stand resolutely with any targeted group. Yet the fact that American Jews — who make up no more than two percent of the U.S. population — are the targets of nearly 60 percent of religious bias crimes should set off alarm bells,” said American Jewish Committee CEO David Harris. 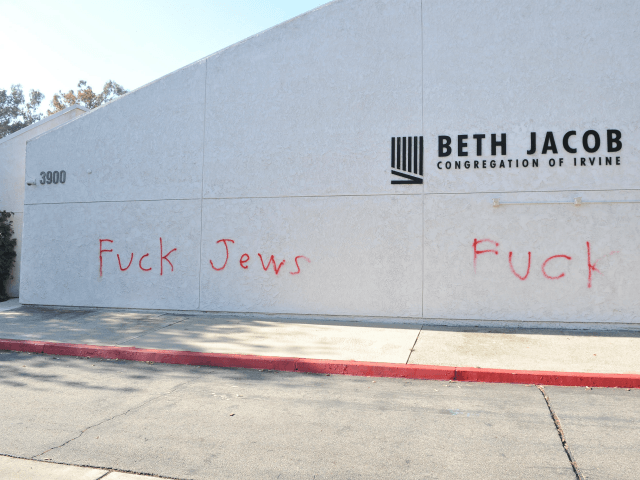 Anti-Semitic graffiti is written on the Beth Jacob Congregation of Irvine on October 31, 2018 in Irvine, California. Antisemitism in the U.S. has come to the forefront recently in the aftermath of the deadly shooting at the Tree of Life Synagogue in Pittsburgh, Pennsylvania. (Allen Berezovsky/Getty)

“Fighting Jew-hatred in America must become a national priority, and it must be a bipartisan and cross-communal effort. Whether they carry tiki torches or placards denouncing Zionism, antisemites must be confronted no matter their background or ideology,” Harris added.

Anti-Defamation League CEO Jonathan Greenblatt decried the fact many law enforcement agencies did not provide data to the FBI, saying it was “inexcusable.”

“The fact that over 60 jurisdictions with populations over 100,000 affirmatively reported zero hate crimes is simply not credible. Data drives policy and without having a complete picture of the problem, we cannot even begin to resolve the issues driving this surge in hate and violence,” Greenblatt said.