Hundreds of well-wishers held signs of support and sang songs as Ashram came out of the terminal into the exit hall.

“I have no words. This is one of the craziest experiences I have had in my life. I will never forget this reception my whole life. Thank you all for your love and warmth,” Ashram told the crowd. 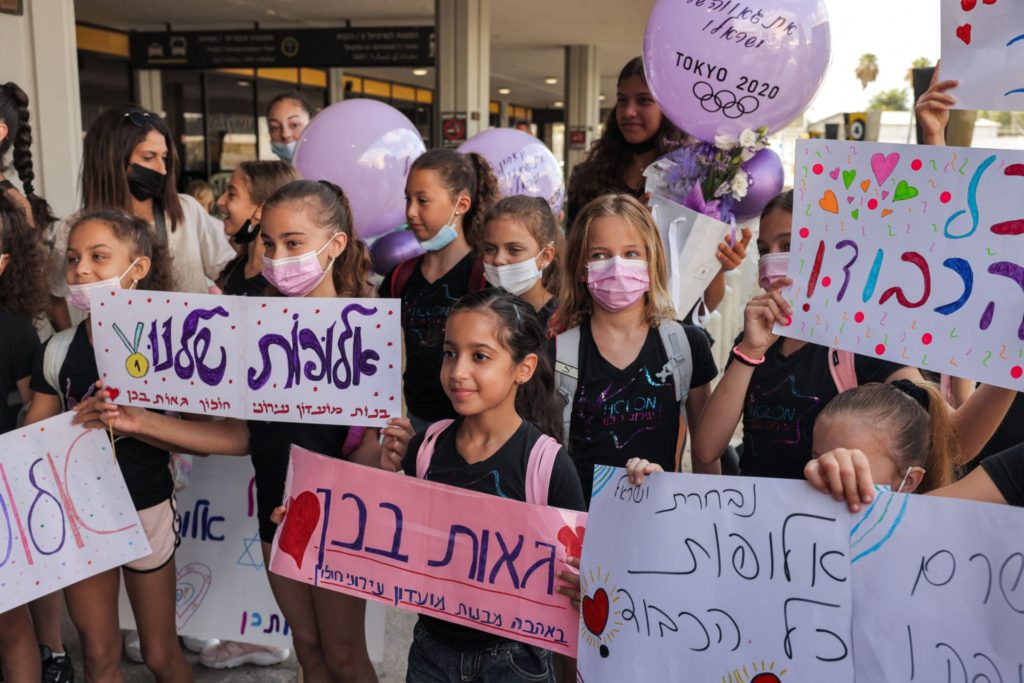 Young girls, supporters of Israel’s Rhythmic Gymnastics gold medalist Linoy Ashram, wait for her outside at Ben Gurion International Airport on August 11, 2021 upon her arrival from Tokyo. (MENAHEM KAHANA/AFP via Getty Images)

“I am so happy to finally be back in Israel. You are the best crowd of people anyone could ever ask for,” she said.

Prior to the Tokyo 2020 Olympics, Israel had won just four medals in its history. 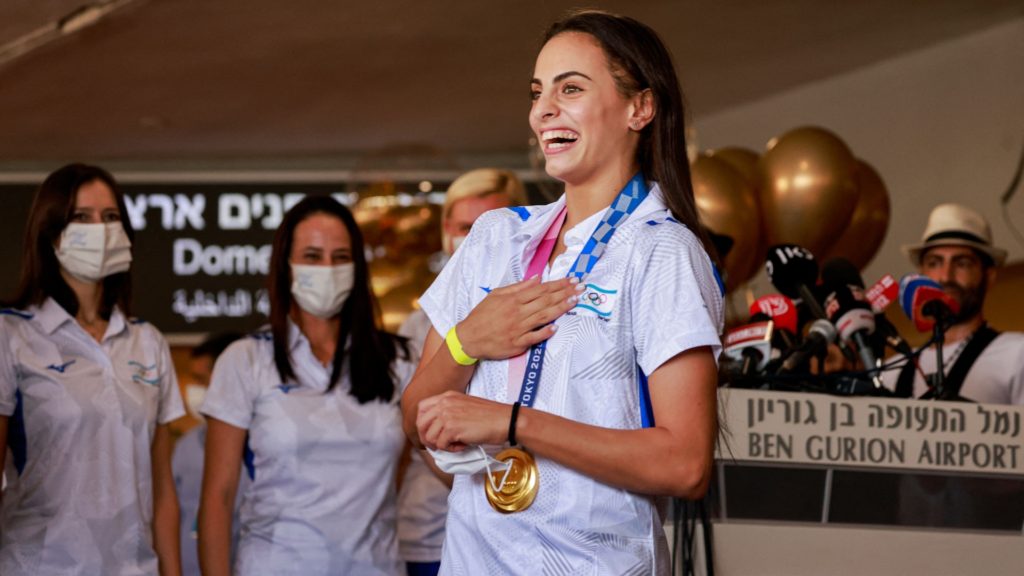 It sent 90 athletes to Tokyo, nearly double the record-breaking 47 it sent to Rio four years ago.

For the first time ever, and after decades of campaigning by the victims’ families, an official commemoration for the 11 Israelis murdered in a terrorist attack at the 1972 Munich Olympics was held during the opening ceremony.

Iranian defector and judoka Saeid Mollaei dedicated his silver medal to Israel, and thanked the Jewish state for the “good energy.”

Mollaei left the Iranian team after his refusal to forfeit a match against Israeli judoka Sagi Muki in 2019. Soon after he was granted refugee status by Germany when he was forced to flee his birthplace. 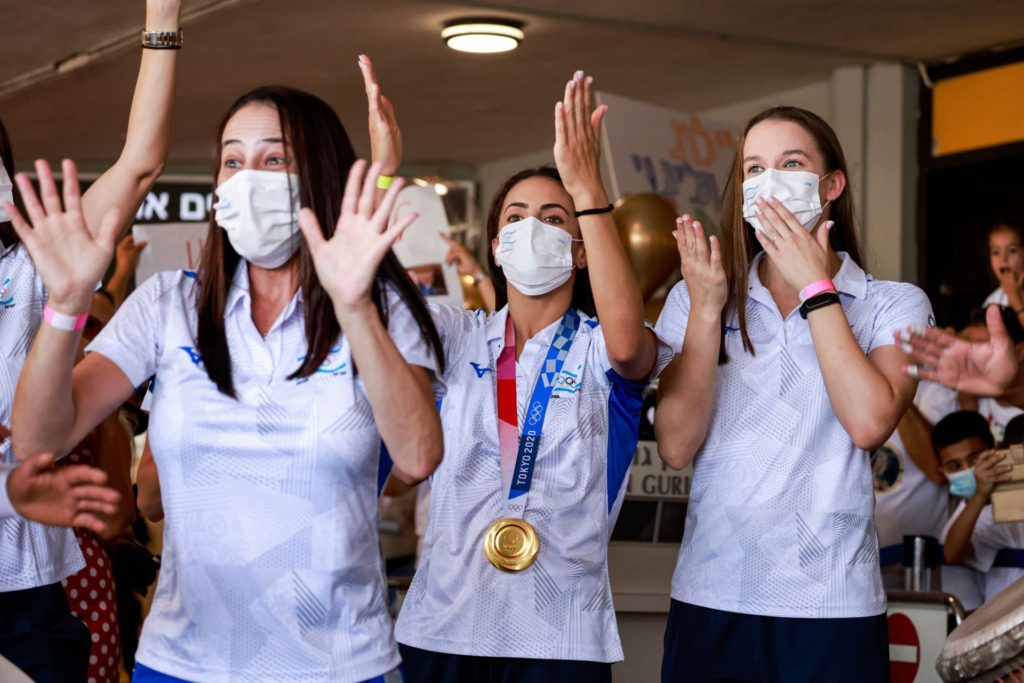 He eventually received citizenship in Mongolia and competed on the country’s behalf in the final of the men’s judo 81-kilogram division.

“This medal is also dedicated to Israel and I hope the Israelis appreciate this achievement,” Mollaei said.

“I hope the Israelis are happy with this win,” Mollaei said, and added in Hebrew: “Todah (thank you).”