(AFP) — Lebanon on Wednesday marked a year since a cataclysmic explosion ravaged Beirut, with a mix of grief over lost lives and rage at the impunity for its worst peacetime disaster at a time when its economy was already in tatters.

Shortly after 6:00 pm on August 4, 2020, a stock of ammonium nitrate fertiliser haphazardly stored at the city’s port exploded and left swathes of the Lebanese capital looking like a war zone.

What went down as one of the largest non-nuclear blasts in history killed at least 214 people, levelled entire neighbourhoods and irreparably scarred the nation’s psyche as well deepening the country’s economic abyss.

With more than half the country living under the poverty line, former colonial power France aims to raise humanitarian aid at another international conference co-hosted by the UN on the day of the anniversary. President Emmanuel Macron hopes to gather $350 million.

Families of the dead and survivors have planned vigils, prayers, ceremonies and marches to honour those who perished in a blast whose shockwave was felt as far away as Cyprus. 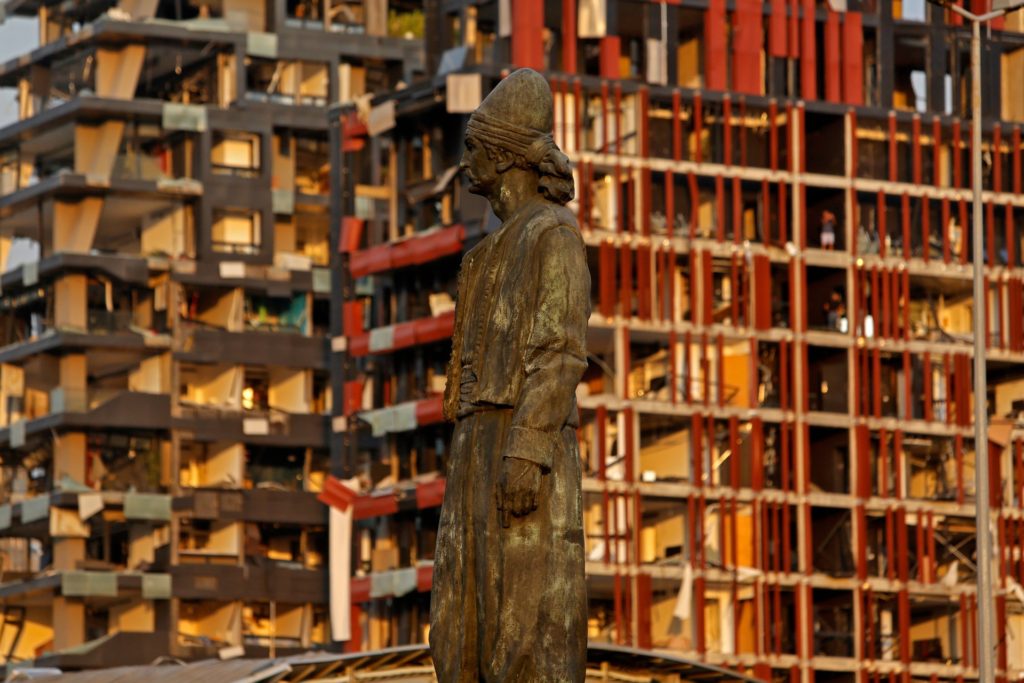 The statue of the Lebanese Emigrant stands intact in front of damaged buildings at the entrance of Beirut’s port following a powerful explosion in its vicinity in Lebanon’s capital on August 4, 2020. (MARWAN TAHTAH/AFP via Getty Images)

Port workers were buried under gutted grain silos, firefighters battling the fire that preceded the blast were pulverised, commuters crushed to death and residents lacerated by supersonic shards of glass bled out in their homes.

Many will stay home on what was declared a national day of mourning, but last year’s shock soon gave way to an anger that has only grown with every day the crime stays unpunished.

The country’s already reviled political class has hidden behind its proclaimed immunity to avoid prosecution, stalling the lead investigating judge’s work at every turn.

Jeffry Chartouni, a worker at the port’s grain silos, is still raging with anger after seven of his colleagues died in the blast.

How, he asked, had authorities for years not told them about tonnes of explosive materials stored right next to their offices?

“They should have warned us. With just a phone call, I could have told the guys to flee. They could all have been home” by the time the fertiliser exploded, the 32-year-old said.

“The security officials, the government, the customs, of course they all knew,” he added.

“They need to be held to account, from the very top of the ladder to the lowest rung.”

55 PHOTOS: The indomitable Lebanese are digging themselves out from the rumble of Tuesday's explosion in Beirut and demanding answers from their elites. https://t.co/pCfAvz84Bq

One protest is due to wind up in front of parliament, where no move has been taken towards accepting accountability.

On Monday, relatives of blast victims called on authorities to lift immunity within three days, warning they were willing to “break bones” in upcoming protests.

“We are done with routine and peaceful demonstrations… beware of our anger,” said Ibrahim Hoteit, a spokesperson for the families.

‘So many lives lost’

According to foreign and Lebanese intelligence reports seen by AFP, hundreds of tonnes of fertiliser were carelessly stored in the same warehouse as tonnes of fireworks and rolls of detonating cord, among other dangerous materials.

The reports, all dating back to last year, suggest that welding work caused the original fire.

However, more thorough investigations have yet to ascertain that fact and answer how the shipment got there in the first place, or why the deadly assortment of hazardous materials was left to fester in the same location for years.

Mervat Bakkour, 43, was among dozens of people holding candles at a vigil late Tuesday in the Gemayzeh neighbourhood ravaged by the blast.

She said she vividly remembered the fear on August 4 last year. 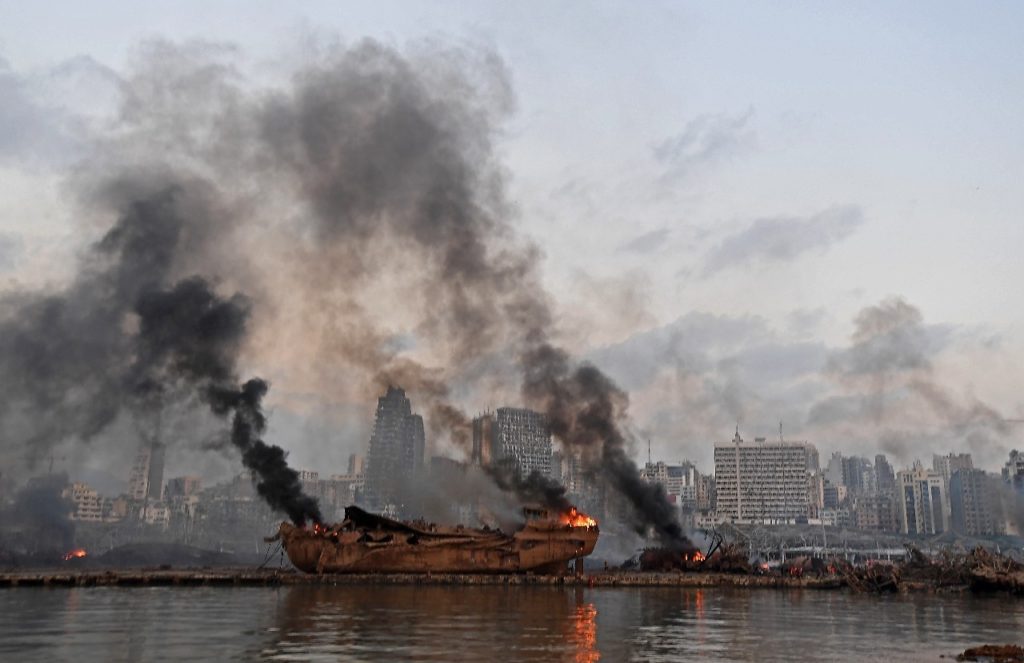 Apocalyptic scene at Beirut port after the deadly blast on August 4, 2020 (AFP)

“I still can’t believe so many lives were lost,” she said.

Lebanon’s parliamentarians — some of whom have been nicknamed the “nitrate deputies” on social media — are ignoring intense international pressure and threats of sanctions.

They have yet to agree on a government lineup despite being given a mid-September deadline last year by Paris, which has spearheaded an aid drive conditioned on reform.

A first donor conference for Lebanon in the immediate aftermath of the blast collected 280 million euros ($332 million at current rates).

Lebanon’s descent into chaos had already started before the port blast, with a bankrupt state trapping people’s savings in banks and the national currency nosediving on the black market.

The country is now facing medicine, fuel and clean water shortages that are compounding the post-blast trauma, crippling a health sector facing a new wave of Covid infections and leading all of those who can to emigrate.