The United Arab Emirates (UAE) on Wednesday formally opened its embassy in Israel, a week after Jerusalem opened its own embassy in Abu Dhabi.

The move comes almost a year after the two countries normalized diplomatic ties as part of the Trump-led Abraham Accords.

New Israeli President Isaac Herzog joined a ceremony for inauguration of the embassy, which is in the Tel Aviv Stock Exchange building, and called it an “important step for the entire Middle East.”

“To see the Emirati flag in the skies of Tel Aviv would have seemed a distant dream. Today it is a reality,” Herzog said.

He also expressed his hope that more alliances would be formed with countries in the region. 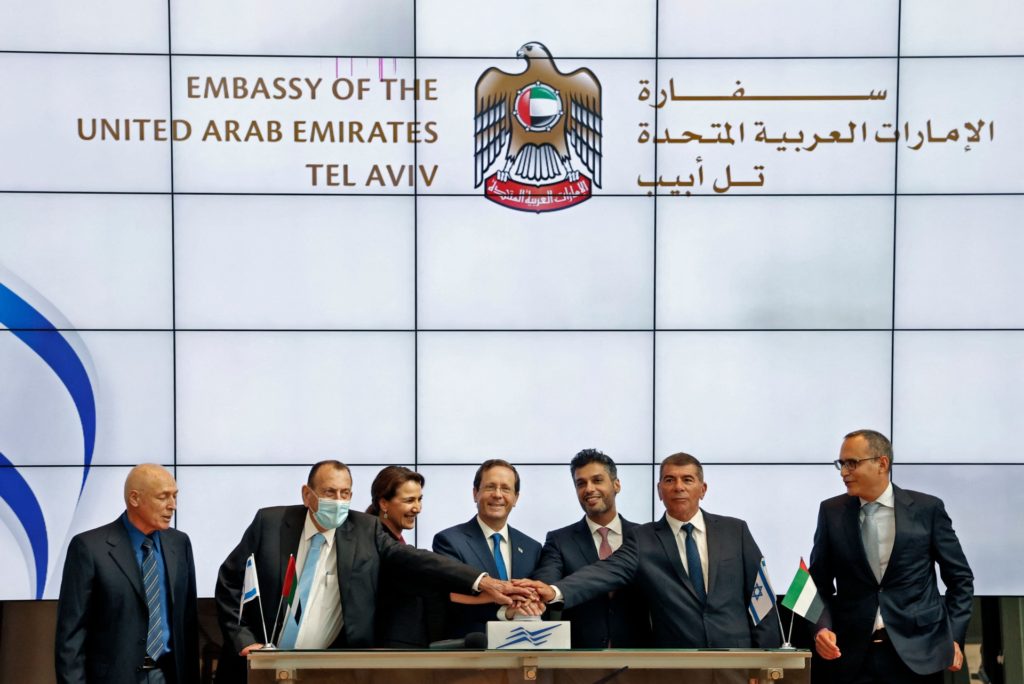 “This blessed process cannot stop,” he said. “In my recent telephone conversations with leaders of the region, I again understand that we have more partners and allies in this mission than we thought.”

UAE Ambassador Mohammad Mahmoud Al Khajah said: “It is a great honor to open the embassy here. Ten months ago our two countries signed the Abraham Accords with a vision of dignity, prosperity and peace for the two peoples.”

He added: “This is just the beginning. Both countries are innovative nations and we will harness these new approaches for the prosperity of the countries.” 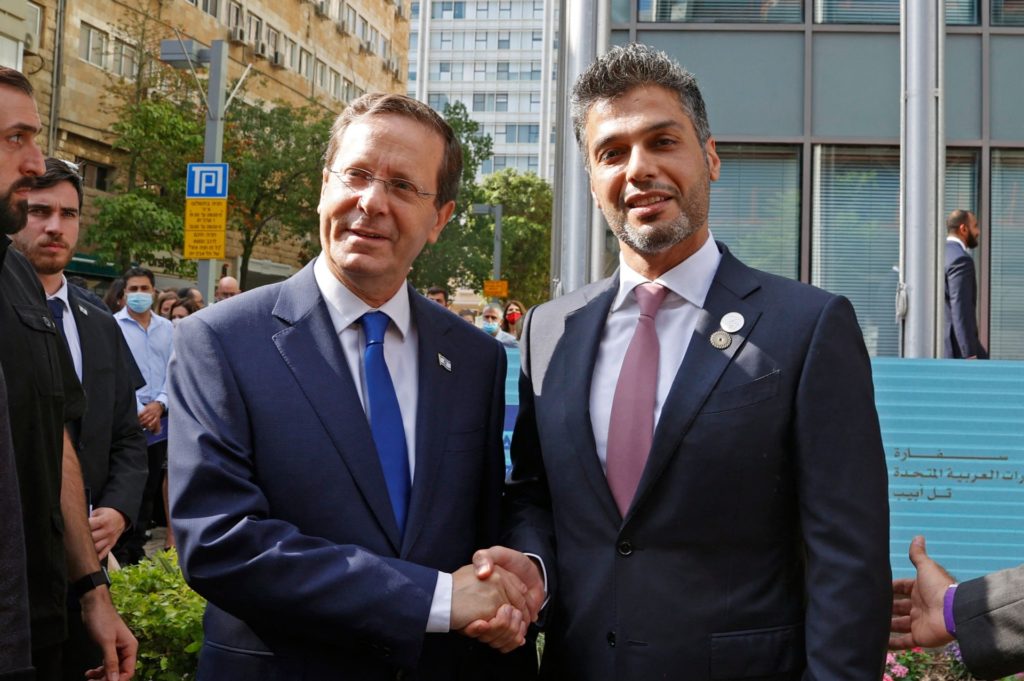 The decision to establish ties between the two countries sparked outrage among the Palestinian leadership, which called it a “stab in the back.”

In a closed-door meeting with a bipartisan congressional delegation this week, Palestinian Authority President Mahmoud Abbas again demanded that the normalization agreements with Arab and Muslim states not be developed further until the Israeli-Palestinian conflict was solved.