A prominent critic of Palestinian Authority (PA) leader Mahmoud Abbas died on Thursday morning after being beaten by more than two dozen PA security officers in his home while he was asleep, his family said.

Nizar Banat, 44, from Dura near Hebron, is a longtime activist known for posting harsh videos to his 100,000 followers accusing the PA of corruption and fraud.

According to his family, around 25 officers stripped Banat naked and beat him with clubs and iron bars while he was asleep. They also used pepper spray on him. 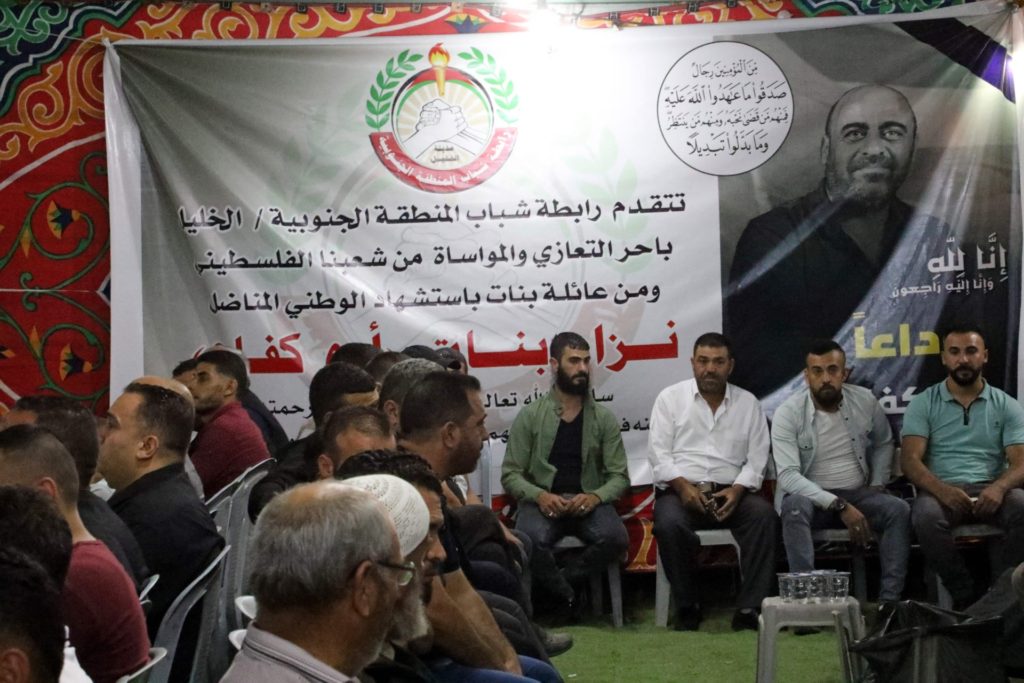 Hebron Governor Jibrin al-Bakri said only that Banat’s “medical condition deteriorated” while he was being arrested.

“They beat him for about eight straight minutes. Are you coming to kill him or what?” Banat’s cousin Ammar told reporters, describing it a “vicious beating.”

“A large force entered and aggressively took off all of his clothes then beat him for eight minutes straight,” Banat’s cousin, Hussein Banat, told AFP.

Following the march of thousands of angry Palestinians outside Abbas’s presidential compound in Ramallah demanding his immediate resignation over Banat’s death, the United Nations, the U.S. State Department and the European Union called for a transparent investigation.

Palestinian Prime Minister Mohammad Shtayyeh, who was appointed by Abbas, subsequently ordered the formation of a committee to investigate Banat’s death.

The European Union, the largest donor to the Palestinian Authority, said it was “shocked and saddened” by Banat’s death.

According to the Times of Israel, two days earlier the E.U. had greenlighted a $425 million aid package to the Palestinian private sector, at least $200 million of which would be channeled through PA institutions.

“Our thoughts go to his family and loved ones. [A] full, independent, and transparent investigation should be conducted immediately,” the EU said in a statement.

Banat had already been detained several times by Palestinian security forces under the PA’s controversial cybercrimes law, in which online activists can face arrest for “slandering” the government. 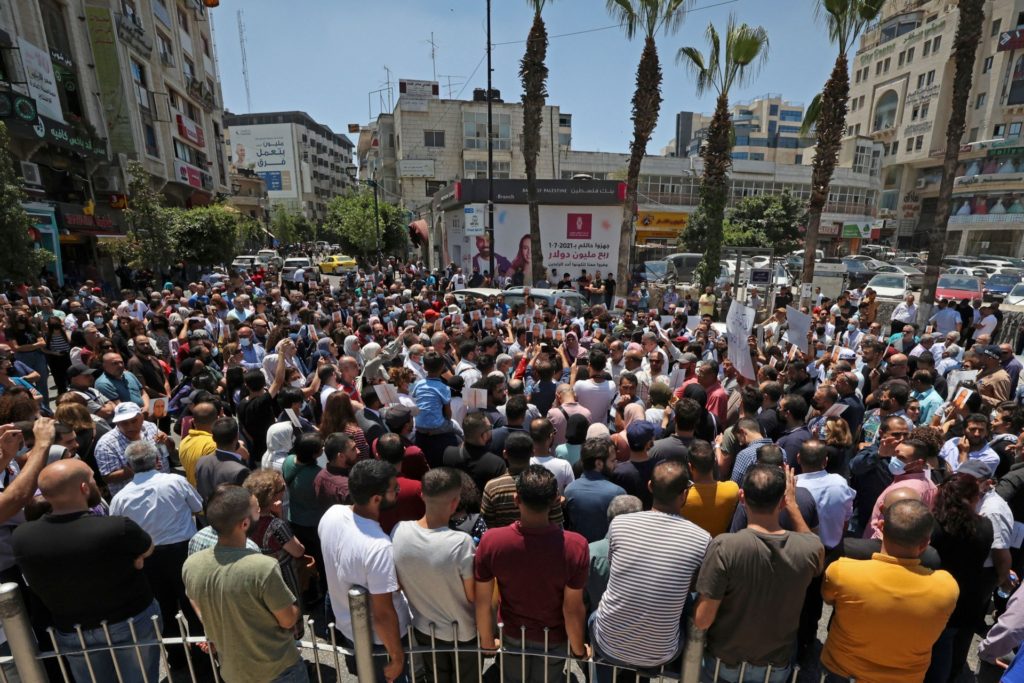 Palestinian protesters gather during a demonstration calling for Palestinian president Mahmud Abbas to quit in Ramallah on June 24, 2021, following the death of Palestinian human rights activist Nizar Banat who died shortly after being arrested. (ABBAS MOMANI/AFP via Getty Images)

According to the report, Banat was also a parliamentary candidate in the recently canceled Palestinian elections.

Abbas canceled the elections, the first to be held in 15 years, a month before they were due to take place — prompting many critics, including Banat, to accuse the aging president of doing so to avoid a crushing defeat by rivals in both his own Fatah faction and the Hamas terror group – whose popularity in the West Bank has soared in recent months.

Hamas, which controls the Gaza Strip and was arguably the frontrunner for the PA elections, slammed Banat’s death as an “assassination” that shows “the intentions and behavior of the Abbas Authority.”

The report cited Palestinian legal advocacy group Lawyers for Justice as saying that at least 23 West Bank Palestinians were arrested by the PA for “political reasons” between May 2020 and May 2021. Another 20 were arrested for “exercising their right to freedom of speech,” the rights group said.