ROME — Vatican Secretary of State Cardinal Pietro Parolin said this week that the Holy See is deeply concerned about the volatile situation in Israel, while calling for an end to the violence.

“Despite the efforts of the International Community to reach a ceasefire,” Cardinal Parolin said Tuesday evening, the situation “has gone this way, and continues this way.”

“It seems that up to now it has not been successful. This conflict is bringing destruction and death,” the cardinal stated during a question-and-answer session at a book presentation in Rome. 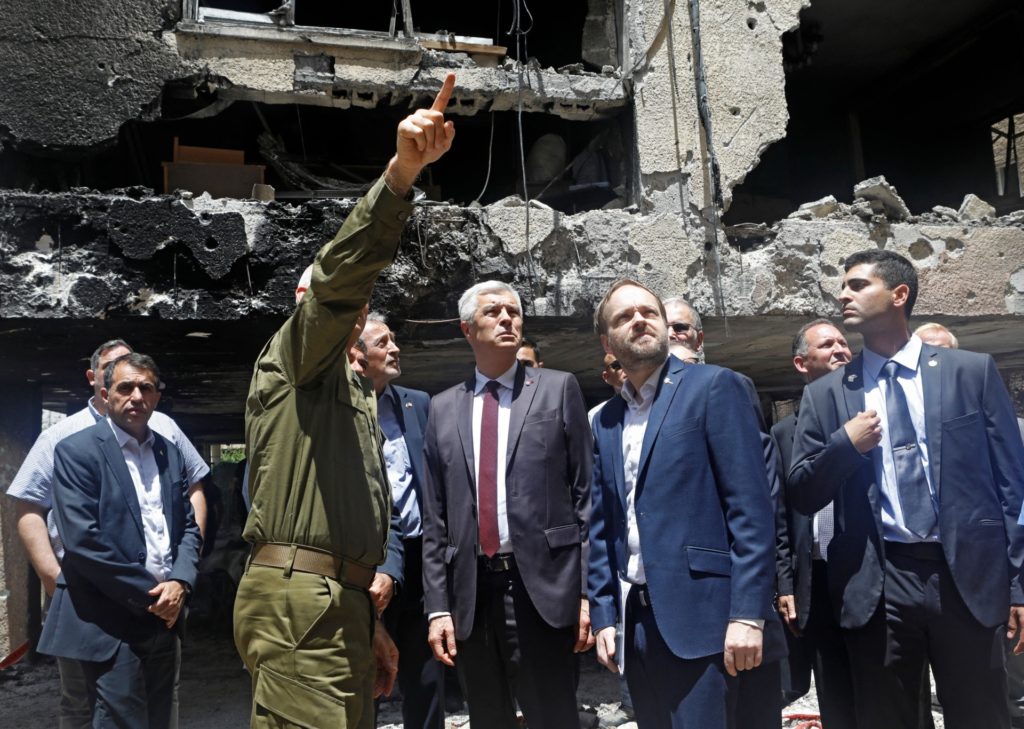 Slovak Foreign Mnister Ivan Korcok (C) and his counterpart from the Czech Republic Jakub Kulhanek (2nd R) listen to remarks by an Israeli officer during their tour a building that was hit by a rocket fired by Palestinian militants from the Gaza Strip, in the Israeli city of Petah Tikva on May 20, 2021. (GIL COHEN-MAGEN/AFP via Getty Images)

“Our concern is the same as that of the Holy Father and is the commitment to do everything possible to stop the conflict,” Parolin said, referring to Pope Francis’s condemnation of the “terrible and unacceptable” deaths of innocent children in the region last Sunday.

Asked whether the Holy See could be a mediator between the parties, the cardinal responded: “I believe that someone has said that they don’t want interference; so, a mediator, in the technical sense of the word, perhaps not. I don’t think the conditions exist at present.”

“Nonetheless, it is necessary that any action, any initiative of good will, must lead to a cease-fire,” Parolin added. “Direct negotiations must be taken up again between the two sides, in such a way that puts an end to this age-old conflict and reaches a solution.”

“The solution ought to be in keeping with the two-State solution, which will enable each of them to live in peace,” he proposed.