Germany’s Foreign Minister Heiko Maas backed Israel’s right to self defense Thursday while calling for a ceasefire between the Jewish state and the Gaza Strip’s Islamist rulers Hamas.

Maas spoke after Israel unleashed another wave of airstrikes across the Gaza Strip overnight, killing at least one Palestinian and wounding several more, as it pushed ahead to protect its borders despite U.S. calls to wind down its responses to unrelenting terror rocket attacks.

“I came here to express my solidarity… Israel has the right to defend itself against this massive and unacceptable attack,” he said at joint news conference with his Israeli counterpart Gabi Ashkenazi in Tel Aviv, AFP reports. 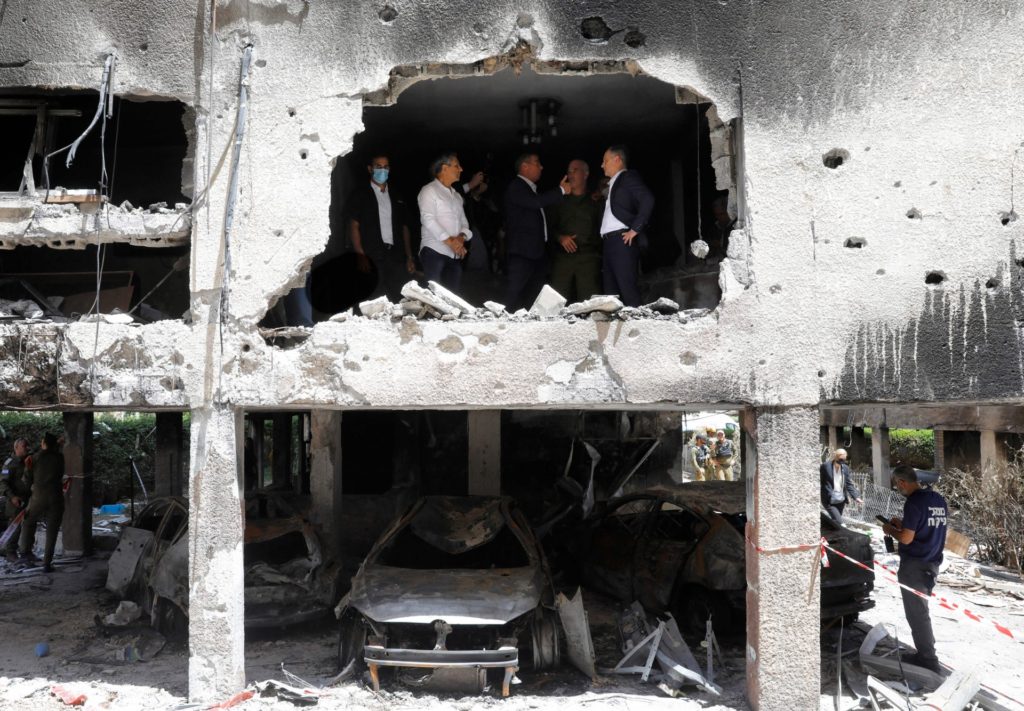 German Foreign Minister Heiko Maas (R) listens to his Israeli counterpart Gabi Ashkenazi during a visit at a building that was hit by a rocket fired by Palestinian militants in the Gaza Strip, on May 20, 2021, in the Israeli city of Petah Tikva. (GIL COHEN-MAGEN/AFP via Getty Images)

Maas visited after 10 days of fighting between Israel and Hamas terrorists which has seen the latter send some 4,000 rockets towards Israel, said the Israeli military, which has responded with defensive air strikes.

“Let me say it again very clearly: For us the security of Israel and the security of all Jews in Germany are non-negotiable and Israel can always rely on that,” said Maas.

The German foreign minister said he had been in “nearly constant contact” with Ashkenazi during the past week, as well as diplomats in Cairo, Doha, Amman and Washington.

“I hope that the efforts to reach a ceasefire will also be successful,” he said.

Maas is scheduled to meet Palestinian president Mahmud Abbas in Ramallah. He has no plans to meet with Hamas, which the European Union considers a terrorist organisation.

The current round of fighting between Israel and Hamas began May 10, when the terrorist group fired long-range rockets toward Jerusalem after days of clashes between Palestinian protesters and Israeli police at the Al-Aqsa Mosque compound.