The Israeli military unleashed another heavy wave of airstrikes late Monday into Tuesday morning across the Gaza Strip, demolishing a host of terrorist tunnels and the homes of nine Hamas commanders. Sixty-two fighter jets dropped 110 “guided armaments” on 65 targets in the retaliatory strikes.

Hamas terrorists also fired volleys of rockets into southern Israel overnight by way of a response, however “their attacks have slowed in recent days as the Israeli military has pummeled their underground tunnel networks and launch sites,” the Washington Post reported.

Israel also killed a top Gaza leader of Islamic Jihad, another terror group the Israeli military blamed for some of the thousands of rocket attacks launched at Israel in recent days. 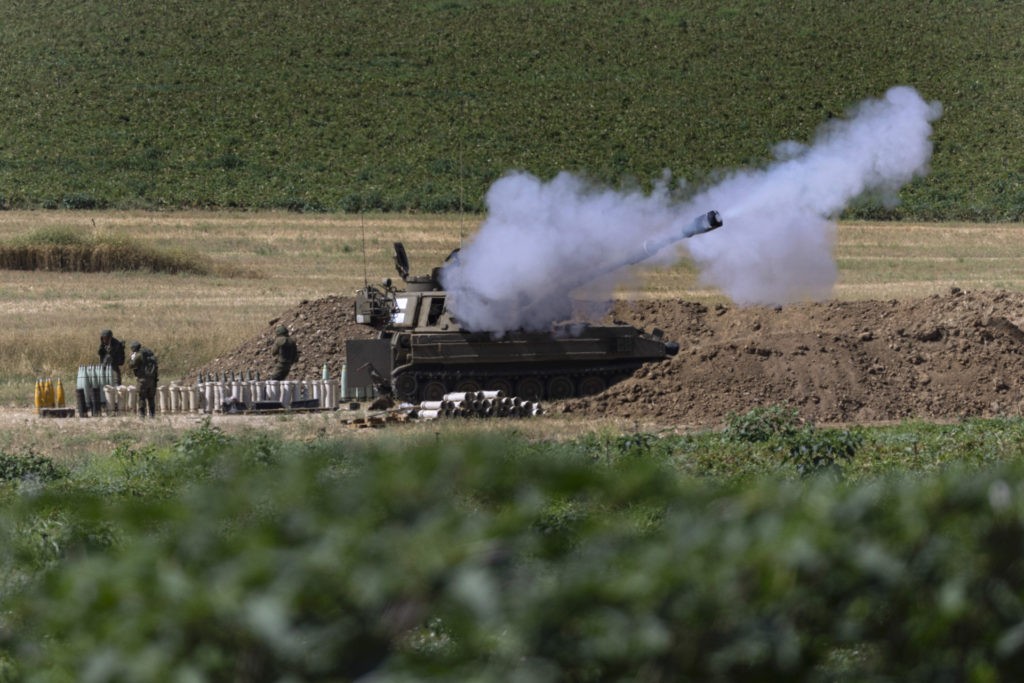 An Israeli artillery unit fires toward targets in Gaza Strip, at the Israeli Gaza border, Tuesday, May 18, 2021. (AP Photo/Tsafrir Abayov)

Prime Minister Benjamin Netanyahu met with top security officials on Monday evening and later said Israel would “continue to strike terror targets” in Gaza. “We will continue to operate as long as necessary in order to return calm and security to all Israeli citizens,” he said.

The new airstrikes hollowed out one floor of a multistory concrete building and killed five people.

AP contributed to this report