Images of large gatherings holding the traditional Passover Seder night were in stark contrast to last year, when Israel became the first western nation to impose a strict lockdown and many people were forced to conduct the Seder on their own.

Jews are mandated to drink four cups of wine, eat Matzoth and retell the story of the Exodus during the Seder, which occurs on the first night of the week-long holiday. 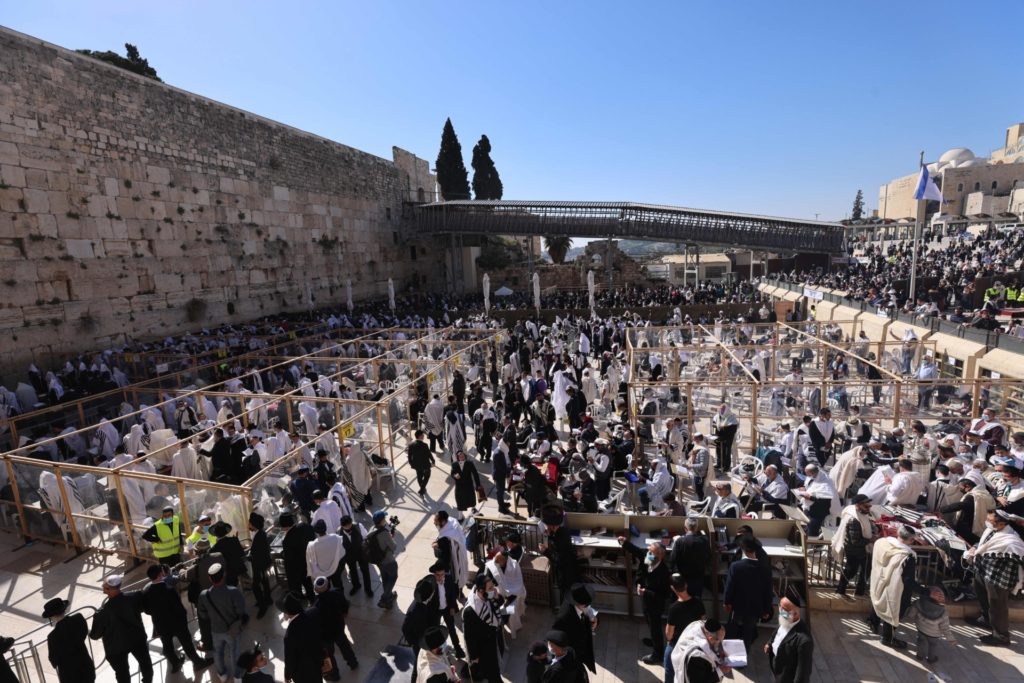 Jewish worshippers pray at the Western Wall during the Priestly Blessing on the holiday of Passover, in Jerusalem. (EMMANUEL DUNAND/AFP via Getty Images)

Israel has vaccinated over half its population of 9.2 million, and restaurants, hotels, museums and theaters and other places of recreation have reopened.

A total of 6,183 Israelis have died of the disease, which is a higher-than-average

The positivity rate for the virus has dipped below 1.4 percent, the lowest since November. 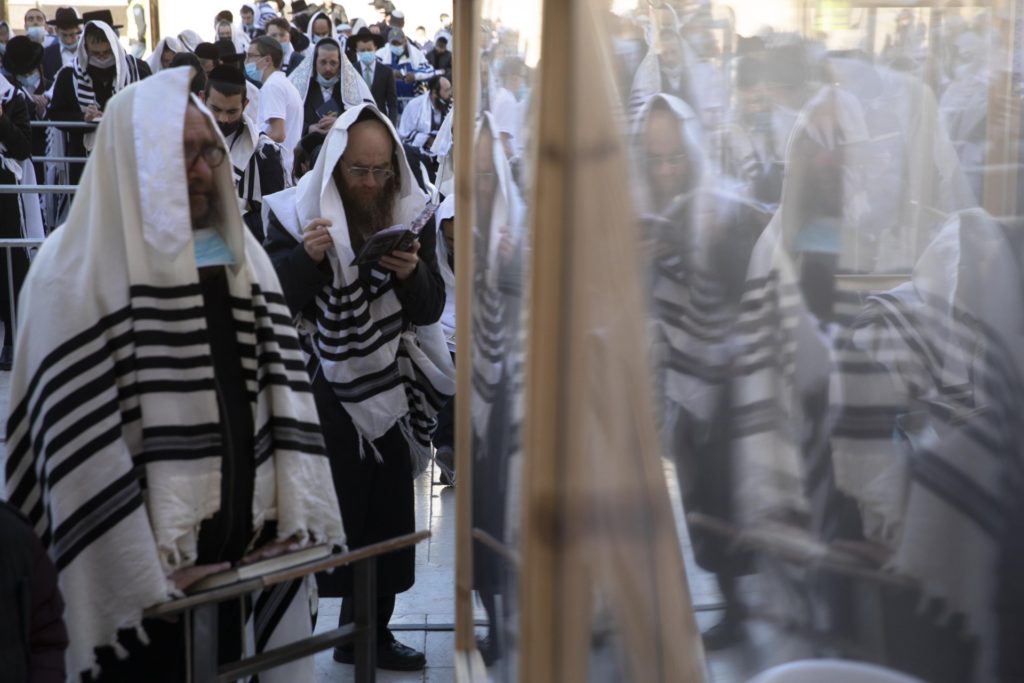 Ultra-orthodox Jewish men pray during the Jewish holiday of Passover at the Western Wall, the holiest site where Jews can pray in the Old City of Jerusalem. The Cohanim believed to be descendants of priests who served God in the Jewish Temple before it was destroyed, perform a blessing ceremony of the Jewish people three times a year during the holidays of Sukkot, Passover, and Shavuot. (AP Photo/Sebastian Scheiner)

However, Sharon Alroy-Preis, head of the Health Ministry’s public health department, warned the country was not out of the woods yet and that 3.5 million Israelis –  2.5 million of which are children — are unvaccinated.

She added that new variants that could be resistant to the vaccine could enter the country even though to date, the Health Ministry has not detected any such variants in the country under its genome sequencing program. 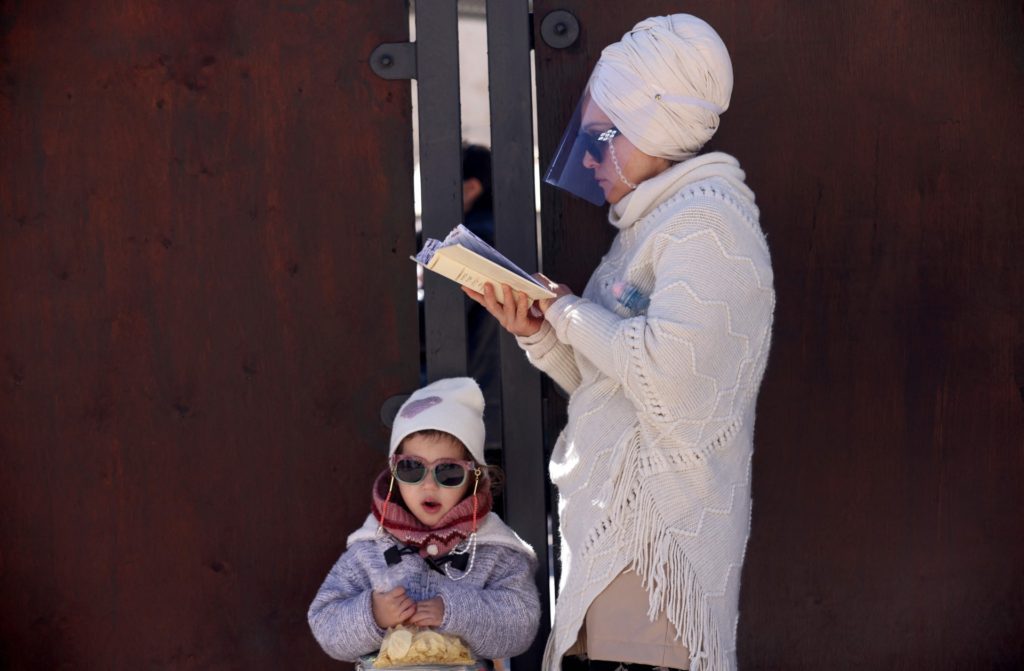 A Jewish woman prays in front of the Western Wall during the Priestly Blessing on the holiday of Passover, in Jerusalem, on March 29, 2021. (EMMANUEL DUNAND/AFP via Getty Images)