JERUSALEM (AP) — Thousands of Christian pilgrims and clergy members are marching through the ancient alleyways of Jerusalem’s Old City, retracing Jesus’ path to crucifixion in observation of Good Friday.

The faithful carried wooden crosses on their shoulders and sang hymns to mark one of Christianity’s holiest days. 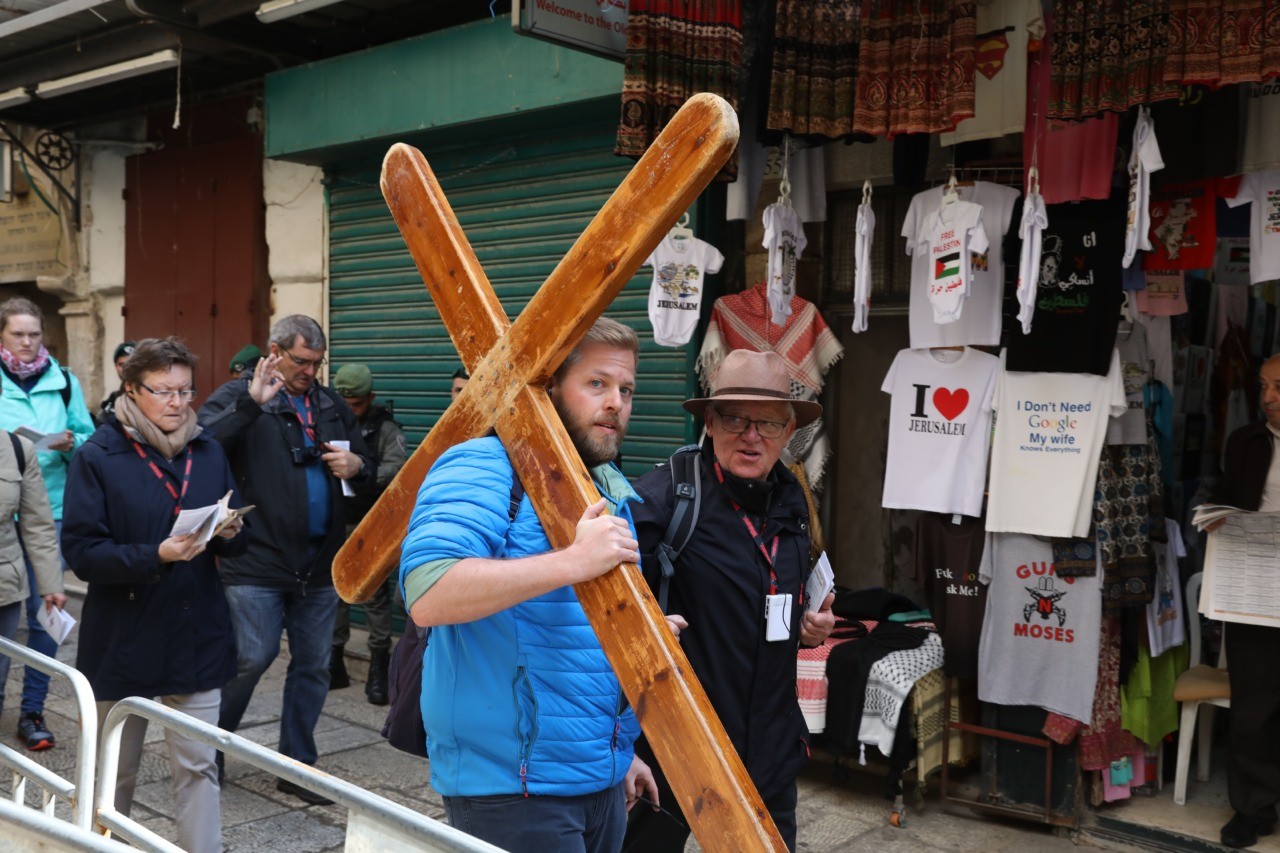 A pilgrim carries a wooden cross along the Via Dolorosa (Way of Suffering) in Jerusalem’s Old City during the Good Friday procession on April 19, 2019. – Thousands of Christian pilgrims took part in processions along the route where according to tradition Jesus Christ carried the cross on his last day before his crucifixion. (GALI TIBBON/AFP/Getty Images)

The march launched from the Monastery of the Flagellation, where tradition says Jesus was flogged, continued down the cobblestone Via Dolorosa and will conclude at the Church of the Holy Sepulchre, where Catholic and Orthodox Christians believe Jesus was buried before his resurrection on what is celebrated as Easter Sunday.

This year’s confluence of Good Friday and the Jewish holiday of Passover has led to a festive atmosphere in Jerusalem. Jewish residents rushed to complete their preparations for the ritual of Seder dinner Friday night.