JERUSALEM – Nine people were arrested in violent clashes that erupted in Jerusalem Sunday between police and several hundred ultra-Orthodox, anti-Zionist Israelis  protesting a recent Supreme Court ruling that rejected an amendment to a draft law, effectively ending that community’s exemption from IDF service.

Protesters accused the police of acting with brutality to break up the demonstration, which was organized by the anti-Zionist ultra-Orthodox radical Eda Haredit group in the capital’s Mea She’arim neighborhood. Videos of the protests show officers beating and kicking protesters. Police also used water jets and horses.

“This was an excessive use of force that endangered life and is totally unacceptable. The police must rein in this kind of behavior immediately,” Litzman said. An ultra-Orthodox Jewish demonstrator holds a banner during a protest against a court ruling that could require them to serve in the army like their secular counterparts in an ultra-Orthodox neighbourhood of Jerusalem.  (AHMAD GHARABLI/AFP/Getty Images)

Anti-Zionist activists held signs that included slogans such as “We’re Jews and therefore will not enlist in the Zionist army.”

The riots followed the arrest of the grandson of the grand rabbi of the Toldot Avraham Yitzhak hassidic community, who did not appear for the draft when summoned.

One clip shows a policeman beating an ultra-Orthodox protester to the ground.

“Maintaining order in the public sphere is very important. But there is a difference between that and being brutally violent towards people who, according to the video that was recorded, did nothing. This is an absolute scandal,” he said. 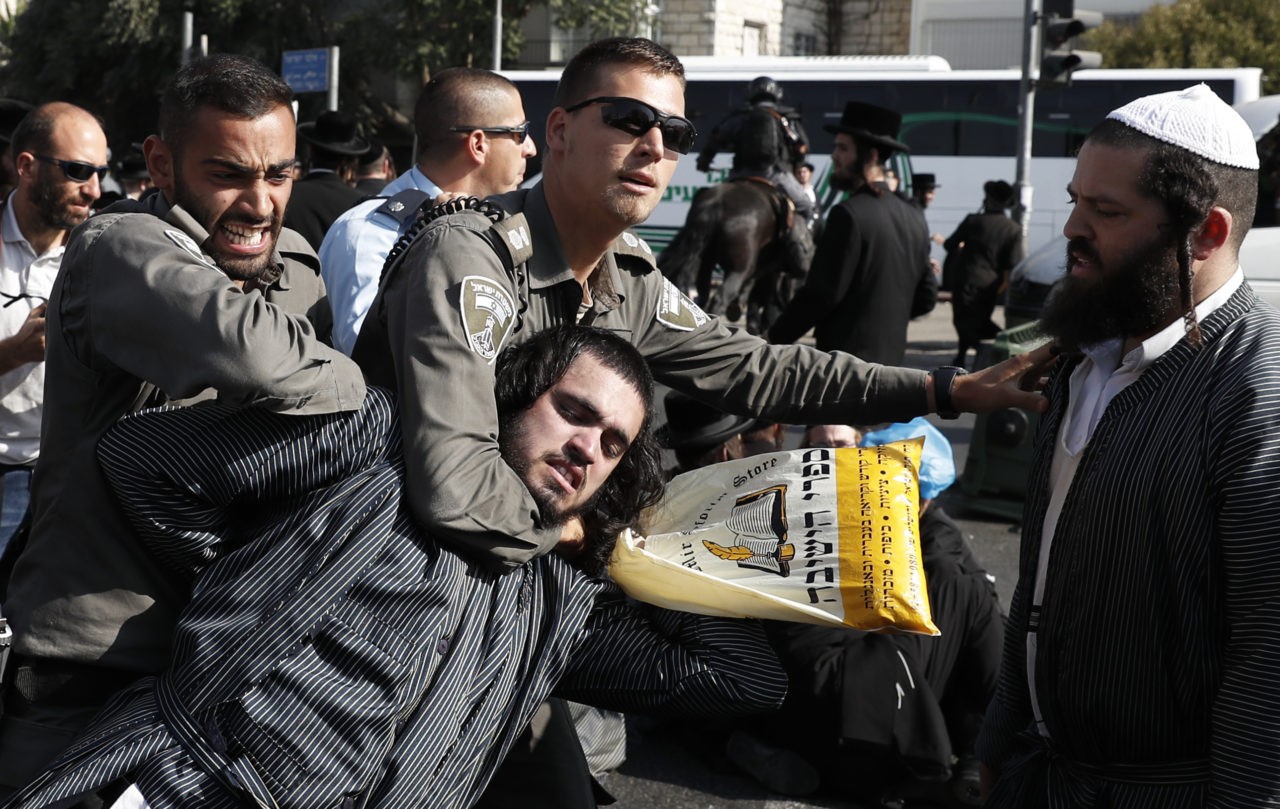 Israeli security forces remove ultra-Orthodox Jewish demonstrators from the road in an ultra-Orthodox neighbourhood as they protest against a court ruling that could require them to serve in the army. (AHMAD GHARABLI/AFP/Getty Images)

The police responded to accusations of excessive violence saying that stones thrown by the protesters caused seven policemen to require medical attention.

“In response, the police were required to use methods to disperse the riots and to arrest nine rioters, while trying to prevent the continuation of the violent and illegal demonstration and the blocking of the traffic arteries,” the police said in a statement to the media.

The statement added that the incident in one video appeared to show that “force was used which was not necessary for enforcement” and the incident would be investigated. 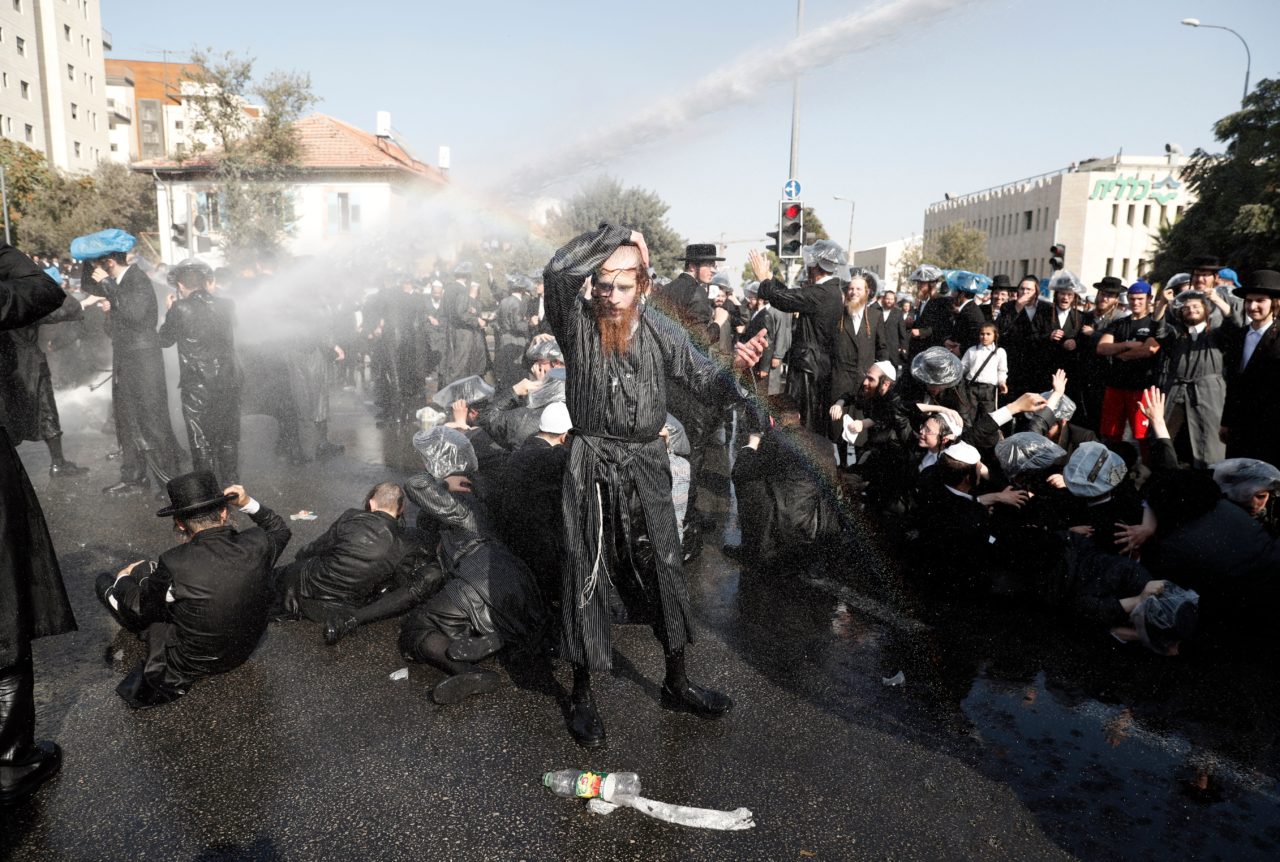 Ultra-Orthodox Jewish demonstrators react as Israeli security forces spray water to disperse them from the road in an ultra -Orthodox neighbourhood of Jerusalem . (AHMAD GHARABLI/AFP/Getty Images)