A New Jersey mechanic has received an outpour of support from his community after his wife was diagnosed with brain cancer and he was forced to close his business.

Michael Coleman has been a fixture in the town of West Deptford, New Jersey, for nearly three decades. Members of the community would go to Michael’s Westwood Service Lukoil station when they needed an oil change, gas, or a new tire. 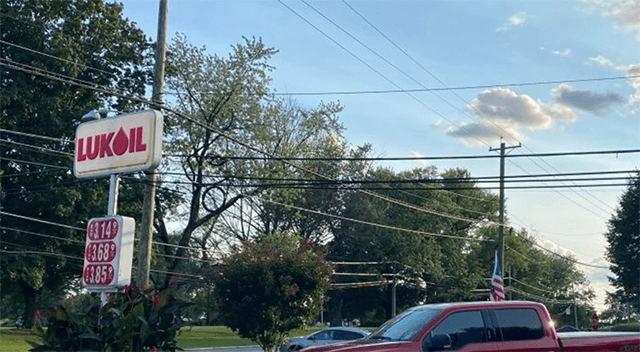 “Whether we’re running on E or, we had to go get an oil change, it was always so convenient to just run off to Mike at the gas station,” explained faithful customer Brittney Jowett. Now, the community that Michael has served for 28 years is helping the beloved mechanic in his family’s time of need.

Michael’s wife Cynthia has an aggressive form of brain cancer called glioblastoma in which cures are often not possible according to the Mayo Clinic. She has battled cancer for three years, but last month her health took a turn for the worst as she has been paralyzed by the illness and now requires hospice care. To make circumstances even more trying, Mike has to close the doors to Westwood Service Lukoil on September 30.

Loyal customer Brittney Jowett acted quickly and organized a GoFundMe for Coleman to help raise the necessary cost to walk away from his business and care for Cynthia. In just nine days the GoFundMe raised upwards of $50,000 dollars. As of today, the page has raised $55,921 dollars which is shy of the $65,000 dollar goal.

Coleman was surprised by the support from the community. “I didn’t think I had that much impact on the community,” he said. “But I must have done something, because what they’re doing for me, I just, I can’t express my opinion, how much I just love this community.”

“I could not sell my business, for a whole year I’ve been trying,” Coleman explained. “I had a little loan on the property that I’m trying to pay off, and what they’re doing, I can walk away and take care of Cindy.”

“I feel like, in today’s world, the kindness and outpour of love was just amazing,” Jowett remarked.

Jowett’s children even pitched in to assist the fundraising efforts by putting together a lemonade stand that sold cookies and drinks. Her daughter Sophie shared her fondness for Michael Coleman. “He’s very kind and caring, and he likes to help others,” she said.

“I’ve been blessed, because I have another day with her, and what they’re doing for me, they’re giving me another day,” Coleman said. “I wouldn’t change any moment.”