The two anti-Kyle Rittenhouse protesters who were arrested outside of the courthouse in Kenosha, Wisconsin, have been charged with multiple misdemeanors and one felony.

NOLO defines bail jumping as the “defendant failing to show up in court (thereby forfeiting bond) and then failing to surrender within a set time period.”

“Chacon has been charged numerous times before. In September of 2019, Chacon was charged with making terrorist threats, a felony, and disorderly conduct (use of a dangerous weapon,” noted the Post Millennial. “The felony charge was dismissed in January of 2020, according to court records.”

“In September of 2020, Chacon was charged with disorderly conduct and released,” it added.

“In January of 2021, he was charged with substantial battery – intend bodily harm, as well as bail jumping.” 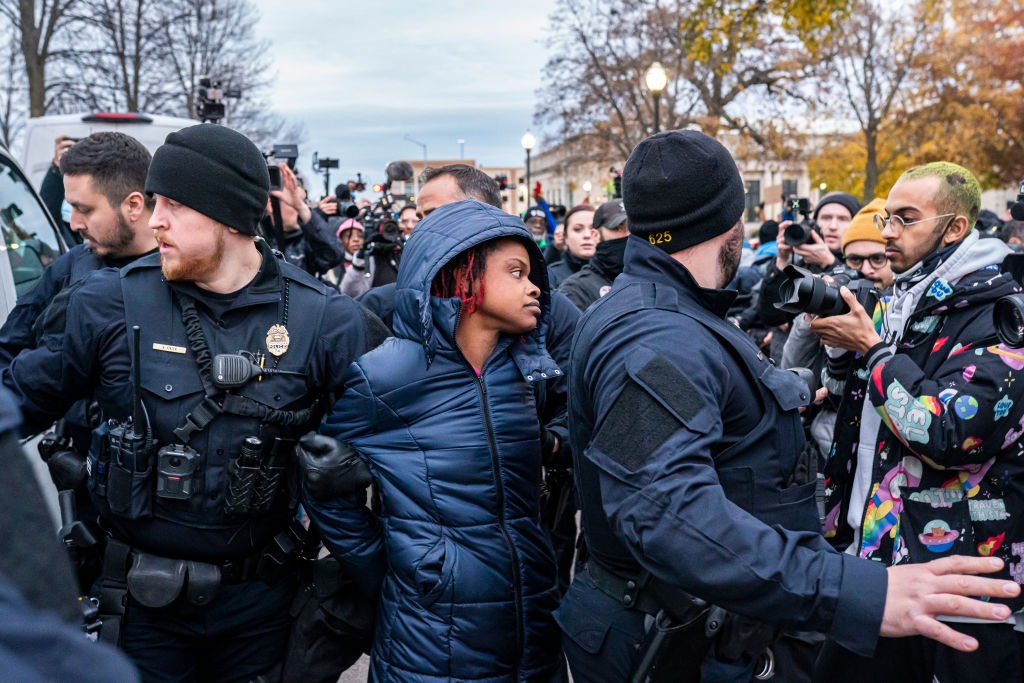 Kenosha Police arrest Shaquita Cornelious, 34, who is in favor of conviction in front of the Kenosha County Courthouse while the jury deliberates the Kyle Rittenhouse trial on November 17, 2021 in Kenosha, Wisconsin. (Nathan Howard/Getty Images) 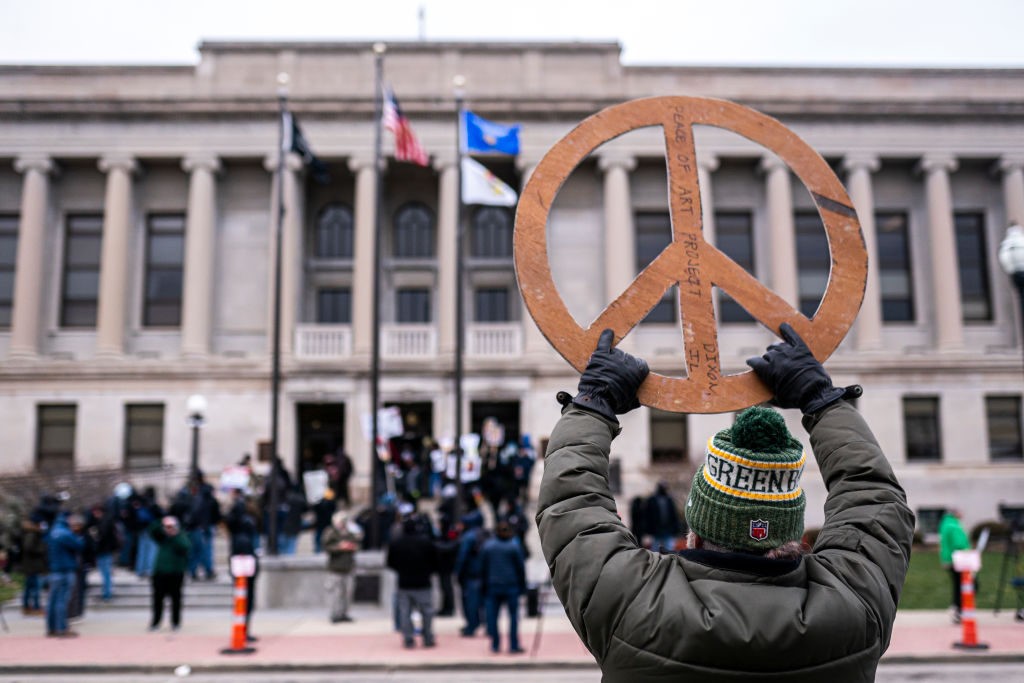 A protester holds a cardboard peace sign in front of the Kenosha County Courthouse while the jury deliberates the Kyle Rittenhouse trial on November 18, 2021 in Kenosha, Wisconsin. (Nathan Howard/Getty Images)

According to a viral video from Freedom News on Wednesday, the incident occurred outside the courthouse where Kyle Rittenhouse was being tried for murder.

Though the warring groups tried to keep the peace to the point of sharing pizza with each other, tensions escalated as a pro-BLM protester allegedly began hurling misogynistic insults toward a pro-Rittenhouse female protester.

When police attempted to quell the situation, people started pushing back into the street, prompting several arrests.

MULTIPLE ARRESTS IN KENOSHA: BLM Protesters clashed with Pro-Rittenhouse protester on the steps, one journalist got punched and two blm protesters were arrested across the street. #HappeningNow #RittenhouseTrial #Rittenhouse pic.twitter.com/CWjTZvxN8z

No verdict has been reached in the Rittenhouse trial. The jury was dismissed for a third night on Thursday after three days of deliberation.