Venezuelan Vice President Delcy Rodriguez complained on Wednesday that funds for coronavirus relief from the International Monetary Fund (IMF) have been frozen because the United States refuses to recognize the full legitimacy of dictator Nicolas Maduro’s government.

“Venezuela reiterates its denunciation that the IMF refuses to deliver our people the $5 billion our country is owed to fight the pandemic,” Rodriguez told the U.N. Conference on Trade and Development.

Rodriguez blamed this on the “express veto of the United States against Venezuela.”

“We have been the target of more than 430 unilateral coercive measures that have blocked our foreign and private trade, against all legal principles of sovereign immunity,” she complained, improbably blaming the punitive measures for “a drastic 99 percent reduction in revenue.” 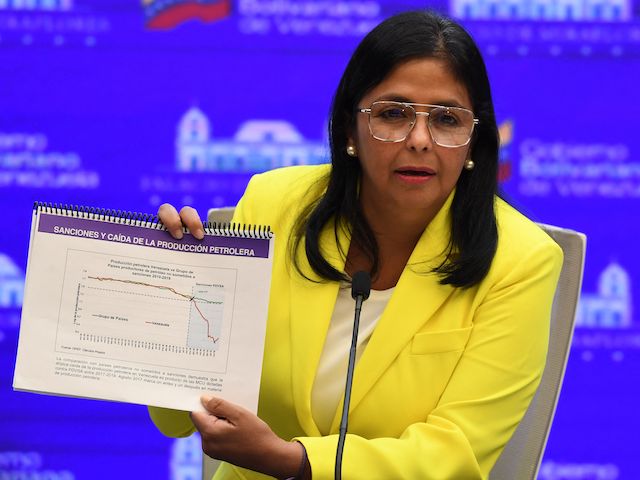 Venezuelan Vice President Delcy Rodriguez shows a graph while speaking during a press conference at the Miraflores Presidential Palace in Caracas, on August 24, 2021. (Federico Parra/AFP via Getty Images)

“These measures are crimes against humanity and violate the international system of guarantee of human rights,” she thundered.

“Advanced countries have just produced the largest and most heterodox expansion ever seen in fiscal and monetary policies,” she said.

“Our societies, demand from us concrete measures for a more prosperous and less fragile world. To achieve this, we need to work on a more inclusive multilateral system,” she demanded.

The IMF gave Venezuela nominal permission in August to withdraw $5 billion from its $650 billion fund for coronavirus-related economic damage. However, the IMF said the Maduro regime could not exercise these special drawing rights (SDR) because its legitimacy is in question. 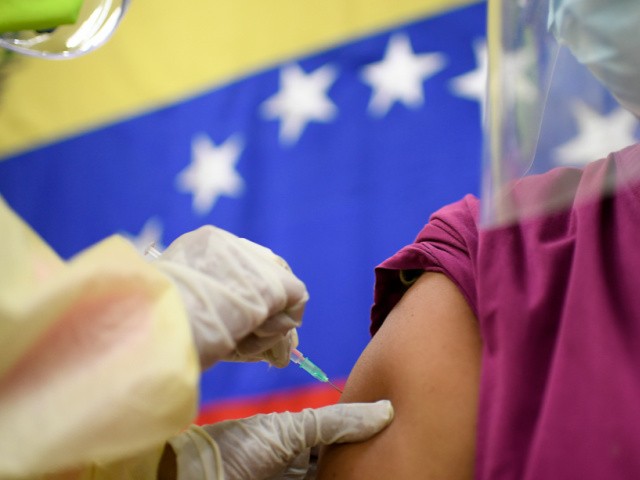 The United States, the IMF’s biggest shareholder, officially recognizes opposition leader Juan Guaido as the legitimate president of Venezuela. Guaido said in September that IMF funds were among the issues under discussion in talks between the regime and opposition held in Mexico City.

The U.S. State Department on Thursday acknowledged Rodriguez’s comments and noted that only governments recognized as fully legitimate by the IMF can access funds such as the coronavirus relief SDRs.

“We welcome further agreement among all political actors in Venezuela to allow for unfettered and transparent access to humanitarian assistance,” the State Department said.

The SDRs are not humanitarian aid – they are intended to restore liquidity in economies hammered by the Wuhan coronavirus. The State Department was presumably referring to the Maduro regime closing Venezuela’s border with Colombia in 2019 to obstruct efforts by the opposition to bring humanitarian relief to the poverty-stricken socialist country. Venezuela reopened the border on Monday after years of complaints about severe economic damage. 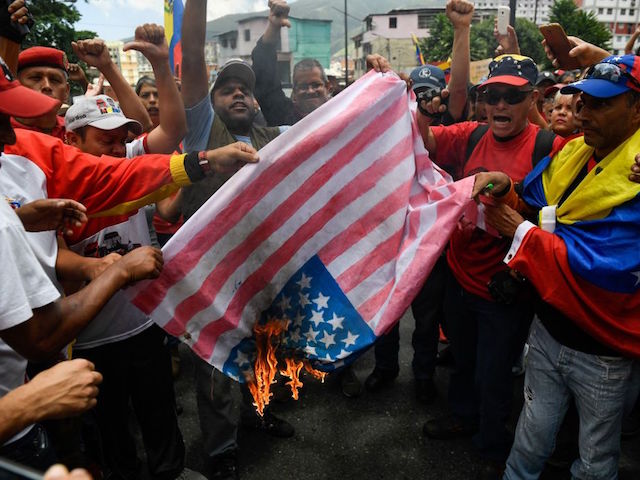 Supporters of the Venezuelan government burn a makeshift US flag during a rally against US sanctions in Caracas on August 10, 2019. (Federico Parra/AFP/Getty Images)

Reuters on Thursday noted the curious detail that Venezuela’s central bank reported a $5.1 billion increase in its reserves in September, which is “roughly equivalent to the value of the new SDRs,” and almost doubled the bank’s reserves to $11.2 billion. The source of these funds was not explained.