ROME — The Wall Street Journal editorial board has warned of a second wave of Europe’s 2015 migrant crisis with a new “refugee surge” coming out of Afghanistan.

Although the immediate crisis will end when U.S. forces depart, the editors declare in their August 25 essay, “President Biden’s surrender to the Taliban will have deleterious effects far beyond Afghanistan.”

“Another migration crisis in Europe could be among the most consequential,” they add.

The migrant crisis that enveloped Europe from 2014 to 2018 shook the continent to its core, reshaping political discourse, national priorities, and often European society itself.

According to the United Nations Refugee Agency (UNHCR), by the end of 2016, nearly 5.2 million refugees and migrants had reached European shores, originating principally from Syria, Iraq, Afghanistan and other countries hit by war and the insurgence of the Islamic State terror group. 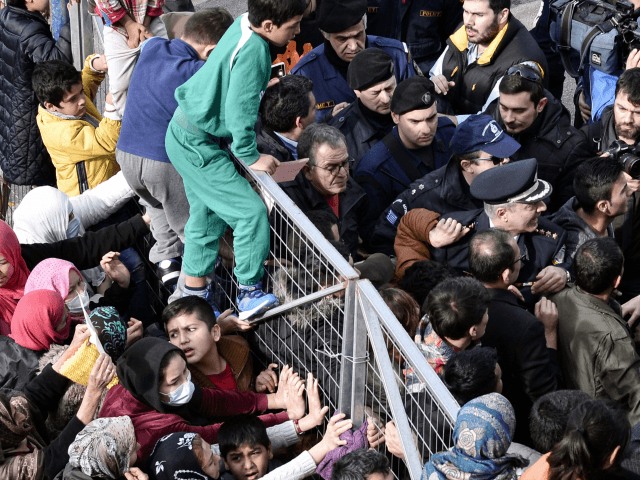 Afghan migrants block the entrance of the Hellinikon camp in Athens in protest at poor conditions on February 6, 2017. At the start of the major influx in 2015, Afghans were originally viewed as refugees and allowed to continue their journey from Greece to other countries in Europe. But many now face deportation after a disputed deal between EU and Kabul to send migrants back. ( LOUISA GOULIAMAKI/AFP/Getty Images)

In 2015 alone, at the height of the crisis, some 1.3 million people arrived in Europe seeking asylum, the highest number for any year since World War II. The Organisation for Economic Co-operation and Development (OECD) described this influx into Europe as “an unprecedented number of asylum seekers and refugees.”

According to the Wall Street Journal editors, Europe now finds itself in a similarly nasty predicament.

“NATO countries are admitting vetted Afghans who worked with them, as they should,” they state. “The risk is a mass refugee flow that overwhelms borders and vetting as it did during the Syria civil war last decade.”

“Terror groups could exploit a messy migration for future attacks,” they add, and the chance of a new Wuhan Coronavirus wave “is also possible.”

The editors also suggest that Europe will have to deal with Belarusian dictator Alexander Lukashenko, who may play the role of gatekeeper much as Turkish President Recep Tayyip Erdoğan has done in recent years. 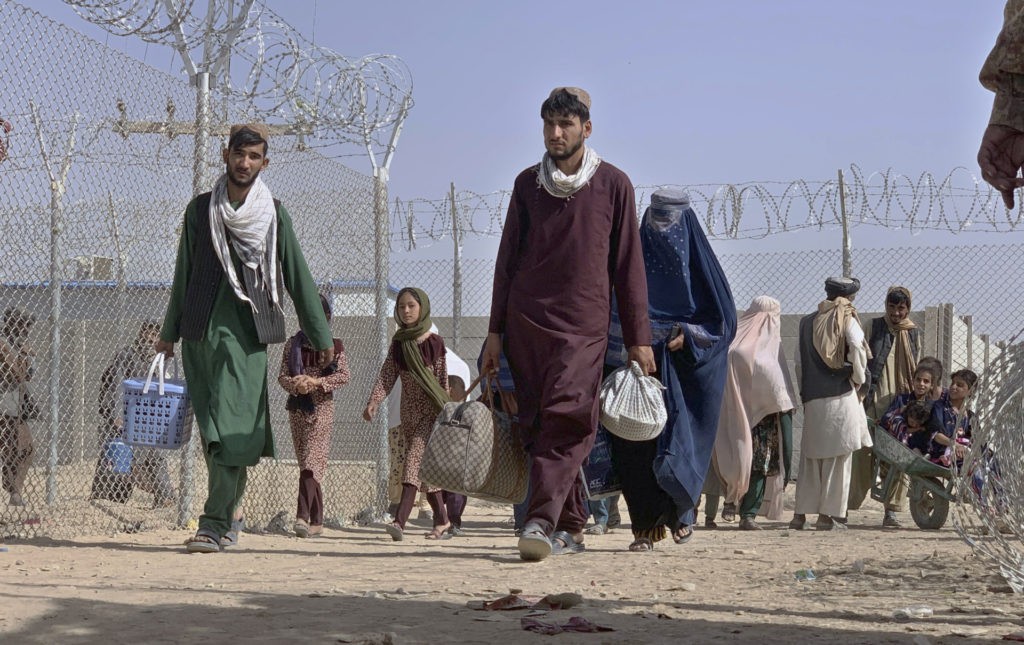 Afghans walk through a security barrier as they enter Pakistan through a border crossing point in Chaman, Pakistan, Thursday, Aug. 26, 2021. Hundreds of Pakistanis and Afghans cross the border daily through Chaman to visit relatives, receive medical treatment and for business-related activities. Pakistani has not placed any curbs on their movement despite recent evacuations from Kabul. (AP Photo)

“Migrants and refugees from Syria, Iraq and Libya will be joined by people from Afghanistan,” Lukashenko said this week. “Even though they are going to end up in the West, they will be going and flying through Belarus.”

Lukashenko “has been facilitating illegal immigration into Europe,” the editors contend, and “has made clear that Minsk is weaponizing the migrants over the European Union’s sanctions on his government’s elites and some Belarusian industries.”

“Don’t be surprised if European leaders eventually move to cut deals with Mr. Lukashenko, as they did with Turkish President Recep Tayyip Erdogan during the Syria migration crisis,” they add.