The Biden administration may expand its efforts to address the “root causes” of illegal migration to countries across the Western Hemisphere, beyond Central America’s Northern Triangle (NT) region, the Wall Street Journal reported this week.

Addressing the “root causes” of migration to the U.S. from the NT countries of El Salvador, Guatemala, and Honduras has been at the center of President Joe Biden’s failed response to stem the surge of migrants fueling the southern border crisis. 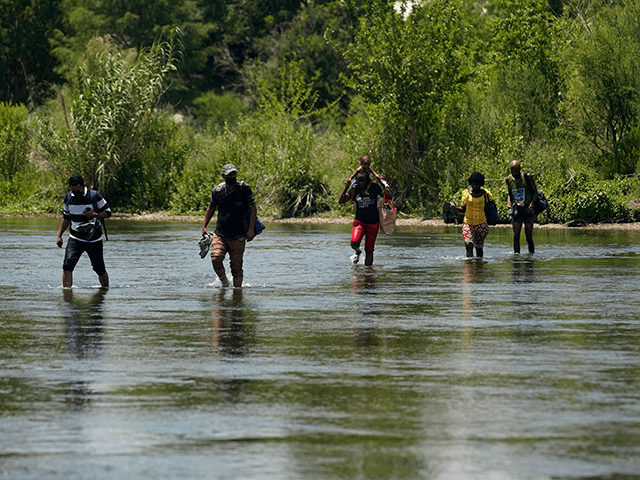 A group of migrants walk across the Rio Grande on their way to turn themselves in upon crossing the U.S.-Mexico border, Tuesday, June 15, 2021, in Del Rio, Texas. U.S. government data shows that 42% of all families encountered along the border in May hailed from places other than Mexico, El Salvador, Guatemala and Honduras â€” the traditional drivers of migratory trends. (AP Photo/Eric Gay)

“The conversation about migration management and root causes, we are starting to have those same conversations with countries across the hemisphere,” an unnamed senior administration official told the Journal on Monday.

According to the newspaper, the Biden administration is having those conversations as part of a shift in responding to the growing number of migrants from outside Mexico and the NT countries that Breitbart News has been reporting on for weeks.

However, Harris did not unveil a strategy to address the alleged migration “root causes” in the NT region until the end of July. By then, the number of non-Mexican/NT migrants crossing the southern border had intensified. 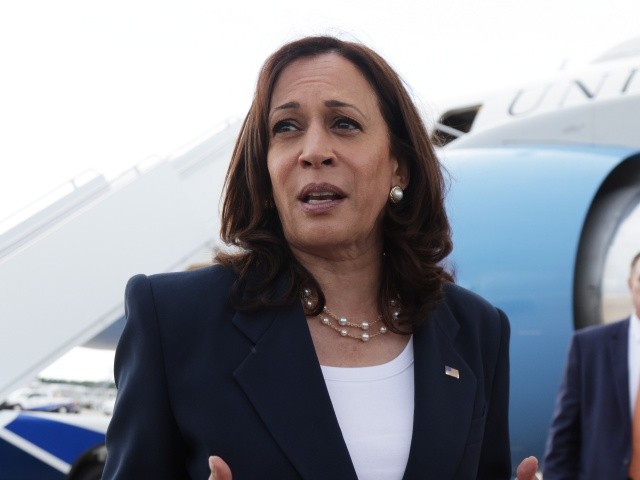 For the past three months, for example, migrants coming across the border from Ecuador have dwarfed those from El Salvador, one of the three NT countries at the center of the Biden administration’s response.

Last week, Breitbart News acknowledged that Biden had placed migration from NT countries at the center of his response to the U.S. southern border crisis, paying little attention to other countries.

Biden’s decision to heavily focus on NT countries, a significant subject of discussion during a recent meeting between high-level U.S. and Mexican officials, has failed to bear any fruit. The surge of migrants continues to grow. 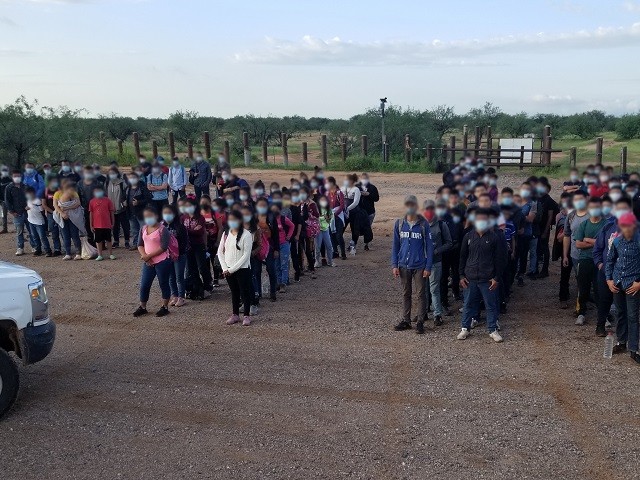 “Right now, the U.S. doesn’t really have a policy response for people coming from countries other than in Central America,” Jessica Bolter, an associate policy analyst with the Migration Policy Institute, a nonpartisan Washington think tank, told the Journal.

Citing immigration experts, the newspaper reported that a change in migrants coming from outside Mexico and the Northern Triangle would require the Biden administration to “broaden its response” to include dealing with the flow of “extra-continentals.”

“Extra-continentals” refers to migrants from continents and regions far away from U.S. land borders, including the Caribbean, South America, Asia, Africa, and the Middle East, home to terror-linked countries. 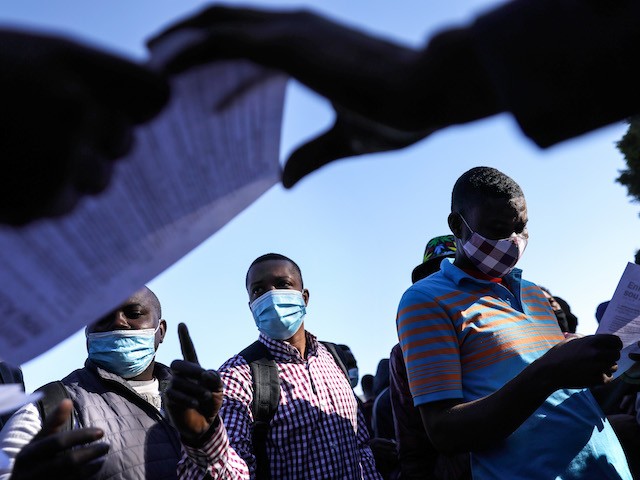 People from Haiti who are seeking asylum in the United States wait for flyers explaining updated asylum policies outside the El Chaparral border crossing on February 19, 2021 in Tijuana, Mexico. Those seeking asylum have been waiting months and years in Tijuana and other locations to be allowed into the U.S. to petition for asylum. Starting today, a small group out of an estimated 25,000 asylum seekers with active cases will be allowed into the U.S., a Biden administration move to reverse the Trump administration’s ‘Remain in Mexico’ immigration policy. (Photo by Mario Tama/Getty Images)

Mexicans and NT migrants remain the traditional top drivers of migration trends to the U.S.

However, they are no longer the only ones substantially contributing to the record surge in the monthly encounters along the U.S. southern border by Customs and Border Protection (CBP) agents.

A Breitbart News analysis found that the number of “extra-continentals” crossing into the U.S. is growing faster than migrants from Mexico and the NT region.

However, in sheer numbers, migrants from Mexico and the NT region (together) make up the largest concentration of migrants.