The State Department announced Monday that it is expanding eligibility criteria to allow thousands more at-risk Afghans and their families to qualify for U.S. refugee status and ultimately obtain American citizenship.

U.S. officials cited an increase in Taliban violence as the reason for granting access to the U.S. Refugee Admissions Program (USRAP) to more Afghan nationals and their eligible family members who do not meet the qualification standards for Special Immigrant Visas (SIVs), including the requirement that applicants show they did sensitive and trusted work on behalf of the U.S. war effort. 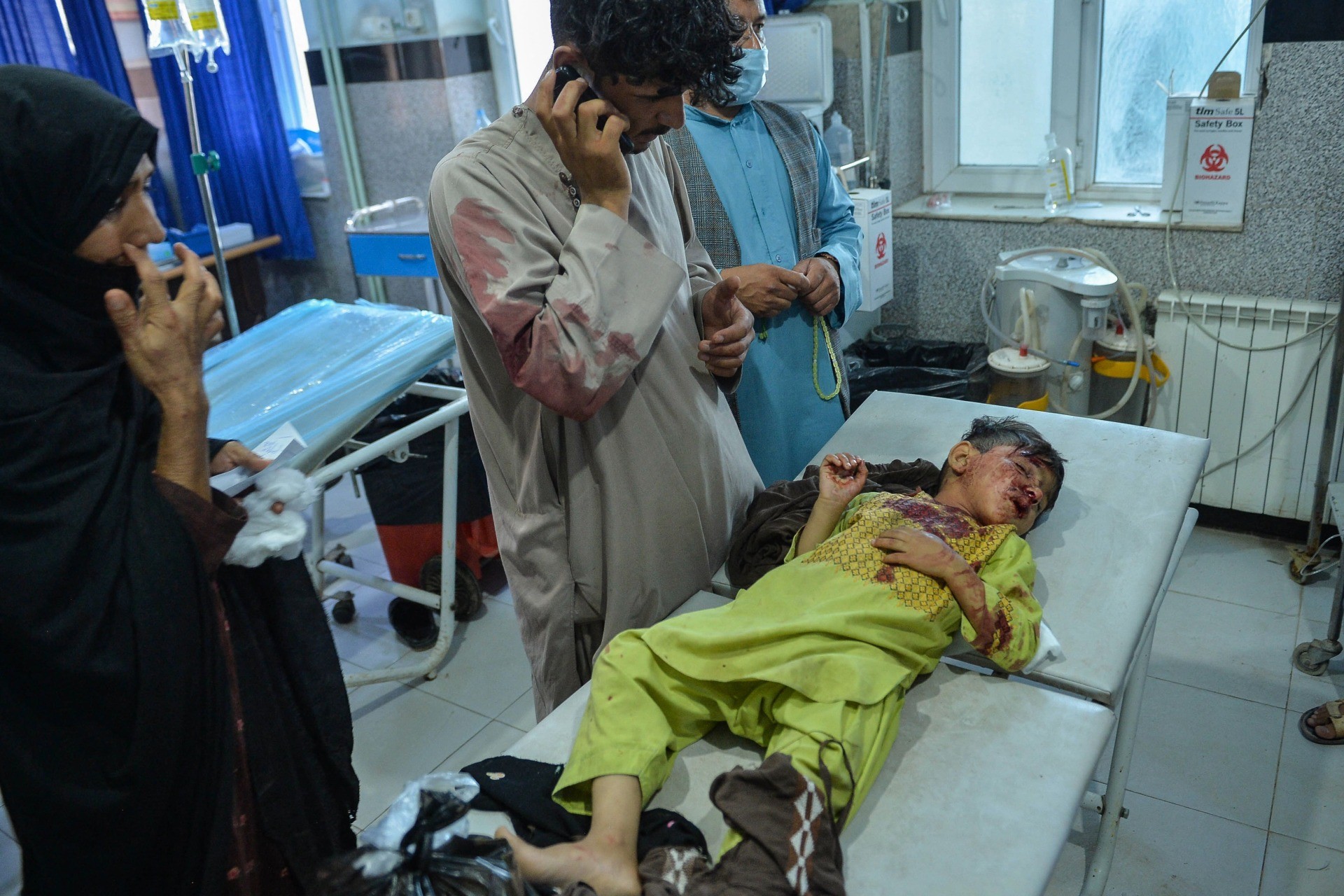 EDITORS NOTE: Graphic content / A child lies on a bed awaiting treatment at a ward of the Central hospital in Herat on August 1, 2021 after he was injured during the skirmishes between Afghan forces and Taliban. (HOSHANG HASHIMI/AFP via Getty Images)

In a statement about the changes to the USRAP criteria, the State Department explained:

In light of increased levels of Taliban violence, the U.S. government is working to provide certain Afghans, including those who worked with the United States, the opportunity for refugee resettlement to the United States.

This designation expands the opportunity to permanently resettle in the United States to many thousands of Afghans and their immediate family members who may be at risk due to their U.S. affiliation but who are not eligible for a Special Immigrant Visa (SIV) because they did not have qualifying employment, or because they have not met the time-in-service requirement to become eligible. Access to the USRAP is a critical mechanism to provide protection for these individuals.

In other words, the Biden administration has broadened the criteria for Afghan refugee applicants to allow more at-risk Afghans and their relatives who were denied SIVs for never directly working for the U.S. government to enter the United States anyway. 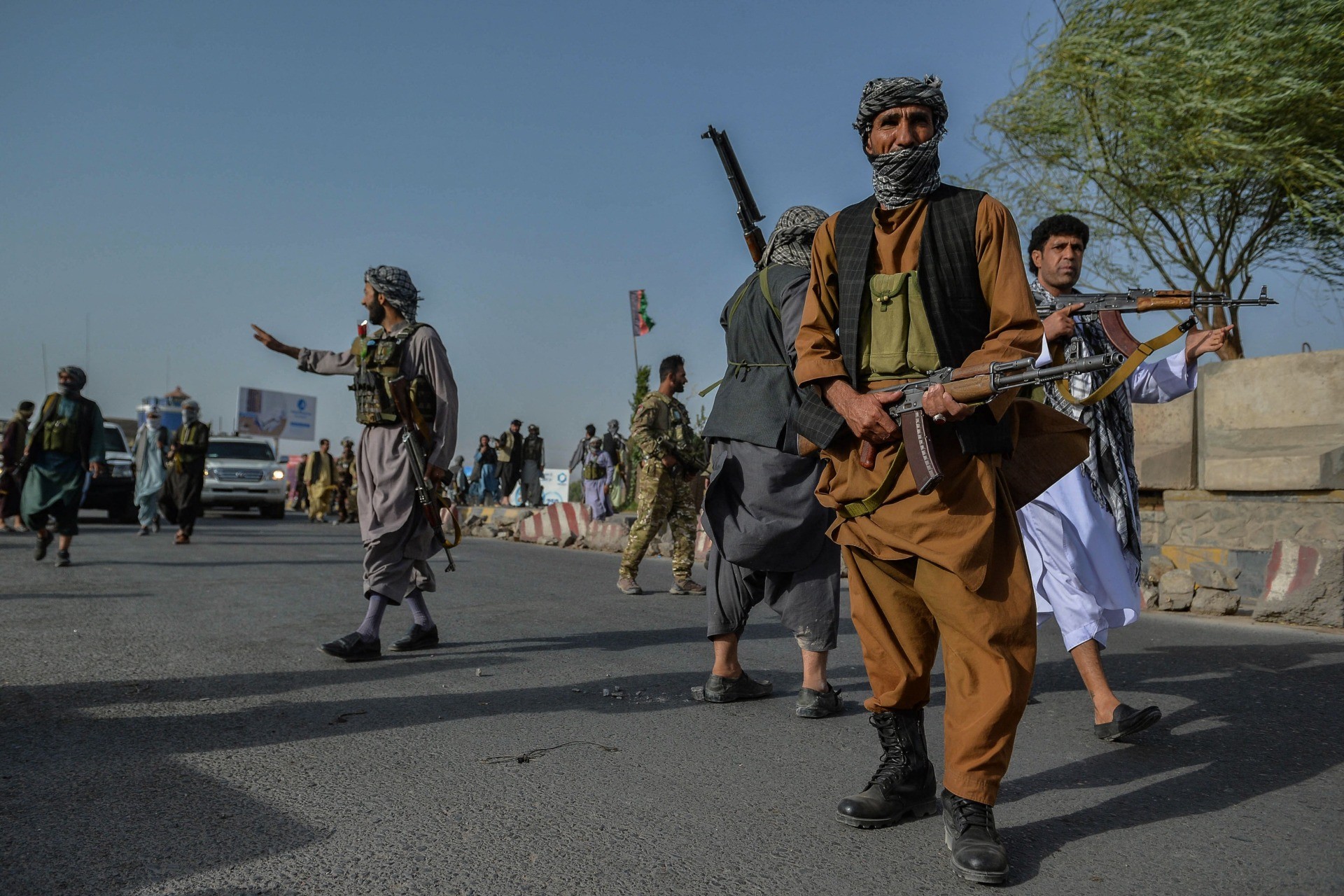 SIVs are available to Afghans who fear Taliban revenge attacks against them and their families for working for the U.S. as interpreters, drivers, engineers, security guards, embassy clerks, fixers, contractors, and other capacities during the nearly two-decade war that began in October 2001.

It is unclear if Biden’s evacuation flights that began late last month for Afghans who choose to wait for the slow and complex SIV process outside of their native will also carry U.S. Refugee Admissions Program applicants, but it seems likely.

Taliban narco-jihadis are engaged in an aggressive offensive to take territory from the Kabul government. The Taliban launched the operation as the U.S.-led NATO troops prepared to pull out of Afghanistan by the end of August, an effort that the American military says is already over 90 percent complete. 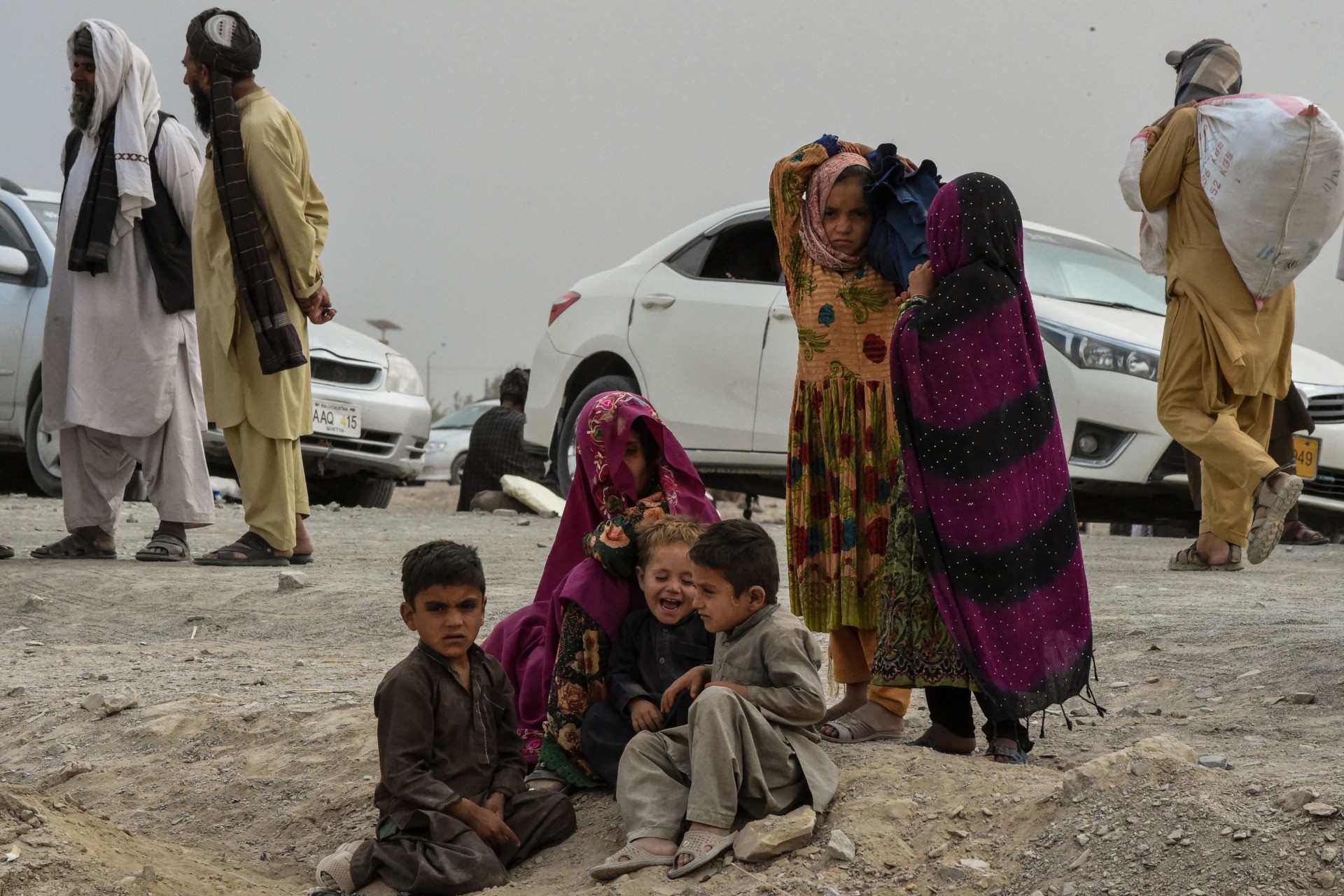 Stranded people wait for the reopening of border crossing point in the Pakistan’s border town of Chaman on July 16, 2021, following clashes between Afghan forces and Taliban fighters in Spin Boldak to retake the key border crossing with Pakistan. (Photo by Banaras KHAN / AFP) (Photo by BANARAS KHAN/AFP via Getty Images)

“We know that there are Afghans who don’t qualify [for SIVs] but who helped us and deserve our help,” Secretary of State Antony Blinken told reporters Monday.

“So today, the State Department is announcing a new resettlement program for Afghans who assisted the United States but who do not qualify for Special Immigrant Visas,” he also said adding:

There is a significant diplomatic, logistical, and bureaucratic challenge. … Helping them resettle into new homes and new communities is the work of a huge network of state and local governments, NGOs, faith-based groups, advocacy groups, tens of thousands of volunteers.

The expansion of USRAP access reportedly covers Afghans who worked with the Americans as contractors’ employees and locally-employed staff. Those employees include interpreters who do not meet SIV qualifications because they did not directly work for the U.S. government or failed to hold government jobs long enough to be eligible for special visas.

It will cover current and former staff of the U.S. and NATO operations who did not qualify before.

A United States agency or the most senior U.S. citizen employee at an America-based media outlet or nongovernmental organization (NGOs) must nominate the applicant to benefit from the expansion.

Initially, the Biden administration asserted that his administration had chosen American facilities outside the continental United States and at unidentified third countries to host about 4,000 Afghans with pending SIV applications and their family members who wanted to wait for their visas outside their country.

However, the Biden administration has been struggling to find third countries to take in Afghans waiting for the SIV process, which has forced some applicants to wait for years.

President Biden changed his mind and decided to allow some Afghans far along in the SIV process to evacuate to the continental U.S., after all, temporarily.

“A group of 700 Afghans who worked for the U.S. government and roughly 1,800 family members fleeing the Taliban’s advance are being housed at Fort Lee, south of Richmond, where they’ll wait before being resettled elsewhere,” the Army Times reported last week.

The Biden administration and Democrats in Congress are also scrambling to expand the SIV program to more Afghans and now the U.S. refugee program. Critics blame Biden’s poor withdrawal planning for leaving a “mass evacuation” of vulnerable Afghans who aided the U.S. as the only option.