A World War II veteran originally from Alabama who beat the coronavirus in 2020 will be recognized on his 105th birthday Friday with the prestigious French Legion of Honor.

Major Wooten repaired bomb-damaged trains in France when he served as an Army private, the Associated Press (AP) reported.

Now, he will be given the country’s highest decoration during a medal ceremony and birthday celebration in Huntsville, a statement from the French consulate located in Atlanta and his granddaughter, Holly McDonald, said.

“The Legion of Honor is bestowed upon French citizens as well as foreign nationals who have served France or the ideals it upholds, including individuals who have contributed to the country professionally, as well as veterans such as the Americans who risked their lives during World War II fighting on French soil,” the announcement read. 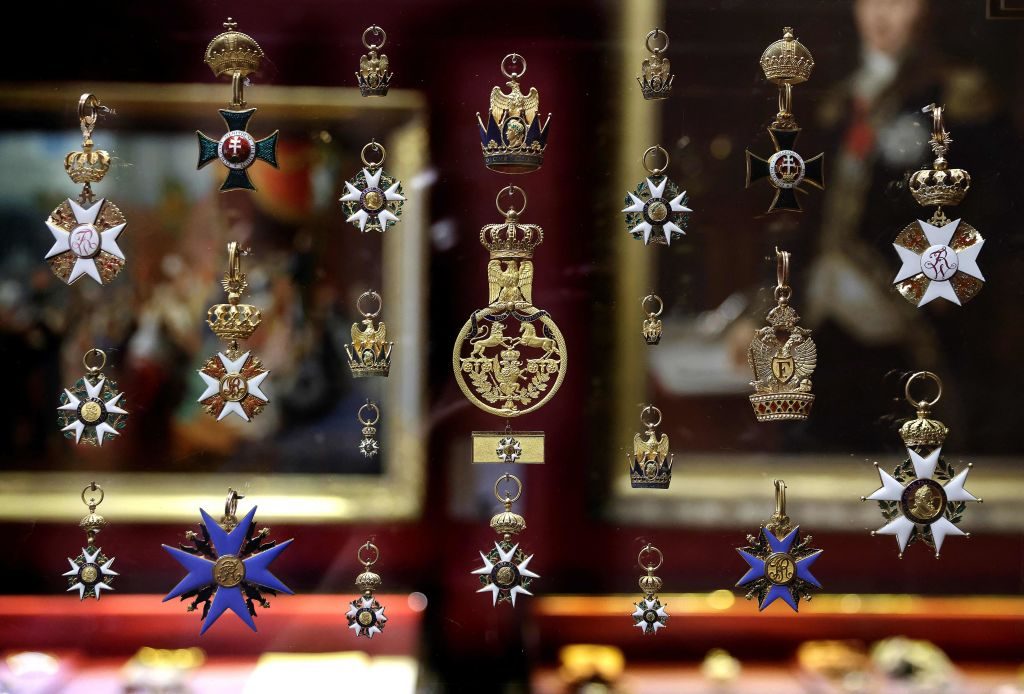 Several models of the Legion of Honor, a distinction created by the French Emperor Napoleon I, currently on display at the Great Chancellery of the Order of the Legion of Honor Museum in Paris. The 200th anniversary of Napoleon’s death wasmarked on May 5, 2021. ((THOMAS COEX/AFP via Getty)

The consul’s general for France in the city, Vincent Hommeril, will decorate the veteran with the medal that was approved by French President Emmanuel Macron.

McDonald shared photos on Friday of Wooten holding what appeared to be an invitation to the ceremony and party.

“You will always be my greatest hero. Enjoy your day Pop Pop!! It will be filled with well deserved accolades, friends, family and those that want to honor the strong great man that you are!!” she wrote:

Happy 105th Birthday Pop Pop!!! Your sweet demeanor, love for people and your lasting loyalty to those you love is…

After being drafted in 1943, Wooten arrived in France the following year and was among four brothers serving during the war. He worked in Le Mans prior to being sent to work at a Paris railroad station, a summary of his service by the French said.

He came back home in 1946 and worked for U.S. Steel in Birmingham. The veteran tested positive for the coronavirus in November last year, however, he beat the illness in time to celebrate his 104th birthday in his own home.

Video footage from 2020 showed Wooten leaving the hospital as everyone sang “Happy Birthday”:

Now, Wooten “is doing really well” and took part in Veterans Day celebrations recently, McDonald told the AP, adding his mental fuzziness that occurred during his illness has subsided and his strength has also recovered.

“We really saw an improvement after therapy,” she explained.