National data reveals nearly one in every 500 Americans has died from the Chinese coronavirus accounting for roughly 0.2 percent of the population.

The newest Centers for Disease Control and Prevention (CDC) figures reveal some 660,380 Americans have died from the Chinese coronavirus, while the number of cases has reached 41,262,574 individuals.

Based on the death toll in conjunction with the total population of America, nearly one in every 504 Americans perished as a result of the virus. Percentage-wise, 0.19 percent of all Americans have died. 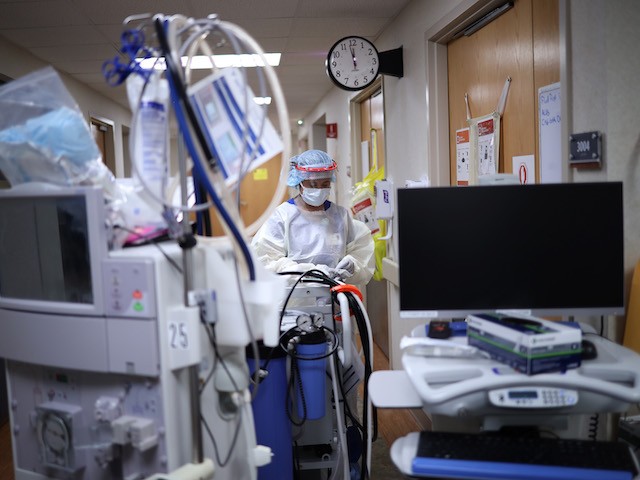 A member of the dialysis prepares to treat a patient with coronavirus in the intensive care unit at a hospital in Leonardtown, Maryland. (Win McNamee/Getty Images)

Johns Hopkins University has reported 179.3 million Americans have been vaccinated, accounting for 55 percent of the total population as of September 14.

The data also outlined the states that made the most vaccine progress on September 14, which showed New Jersey, Texas, Washington, Tennessee, and Florida provided the most shots for citizens.

Last week it came to light Dr. Anthony Fauci’s National Institue of Allergy and Infectious Diseases (NIAID) funded gain-of-function research at the Wuhan Institue of Virology according to documents obtained by the Intercept. 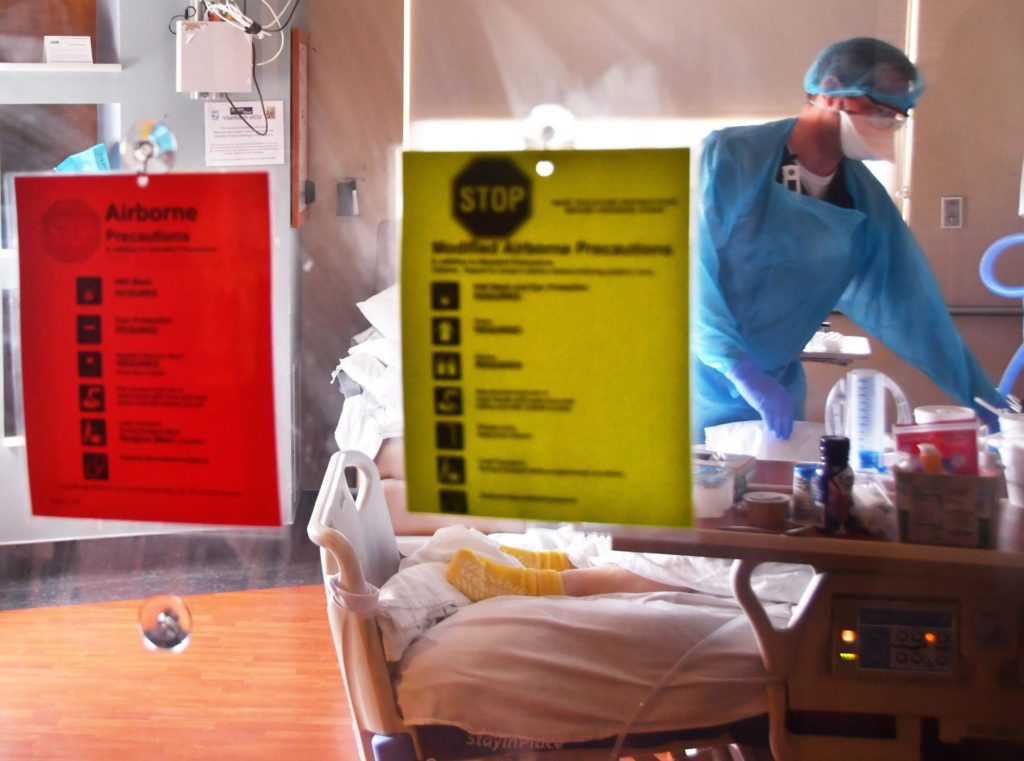 The Wuhan lab is responsible for creating coronaviruses that are novel with the ability to infect humans, including one strain that was previously undisclosed and SARS-related.

The SARS-related coronavirus was found to be more pathologic to humans than the viruses from which it was developed.

Senator Rand Paul (R-KY) ripped Fauci in a tweet that read, “surprise surprise – Fauci lied again. And I was right about his agency funding novel Coronavirus research at Wuhan.”

And I was right about his agency funding novel Coronavirus research at Wuhan.

Read this thread and the papers released. https://t.co/zQizKXLdbd

Senator Paul followed up with another tweet, stating, “I have already asked the DOJ to review Fauci’s testimony for lying to Congress. This report should make it abundantly clear that he needs to be held accountable.”

I have already asked the DOJ to review Fauci’s testimony for lying to Congress. This report should make it abundantly clear that he needs to be held accountable.
https://t.co/PfuketQaWc

The report came out just days before the president’s controversial sweeping vaccine mandate for businesses with over 100 employees. Throughout the country, the Biden administration has witnessed a significant amount of pushback from the public over the mandate.

Some have even made clear that they are willing to file lawsuits against the federal government as well as state governments that have begun to require vaccines, including several officers in the Los Angeles Police Department who filed a federal suit against Los Angeles’s vaccine mandate for city workers.