GENEVA (AP) — Rich countries with large supplies of coronavirus vaccines should refrain from offering booster shots through the end of the year and make the doses available for poorer countries, the head of the World Health Organization said Wednesday, doubling down on an earlier appeal for a “moratorium” on boosters that has largely been ignored.

WHO Director-General Tedros Adhanom Ghebreyesus also said he was “appalled” after hearing comments Tuesday from a top association of pharmaceutical manufacturers that vaccine supplies are high enough to allow for both booster shots for people in well-supplied countries and first jabs in poorer countries that face shortages. He said that’s already been the case.

“I will not stay silent when companies and countries that control the global supply of vaccines think the world’s poor should be satisfied with leftovers,” he told a news conference. “Because manufacturers have prioritized or been legally obliged to fulfill bilateral deals with rich countries willing to pay top dollar, low income countries have been deprived of the tools to protect their people.”

Tedros had previously called for a moratorium on boosters through the end of September. But wealthy countries — including Britain, Denmark, France, Greece, Germany, and Spain — have begun or are considering plans to offer third shots of two-dose vaccines to their vulnerable people such as the elderly or those with compromised immune systems. 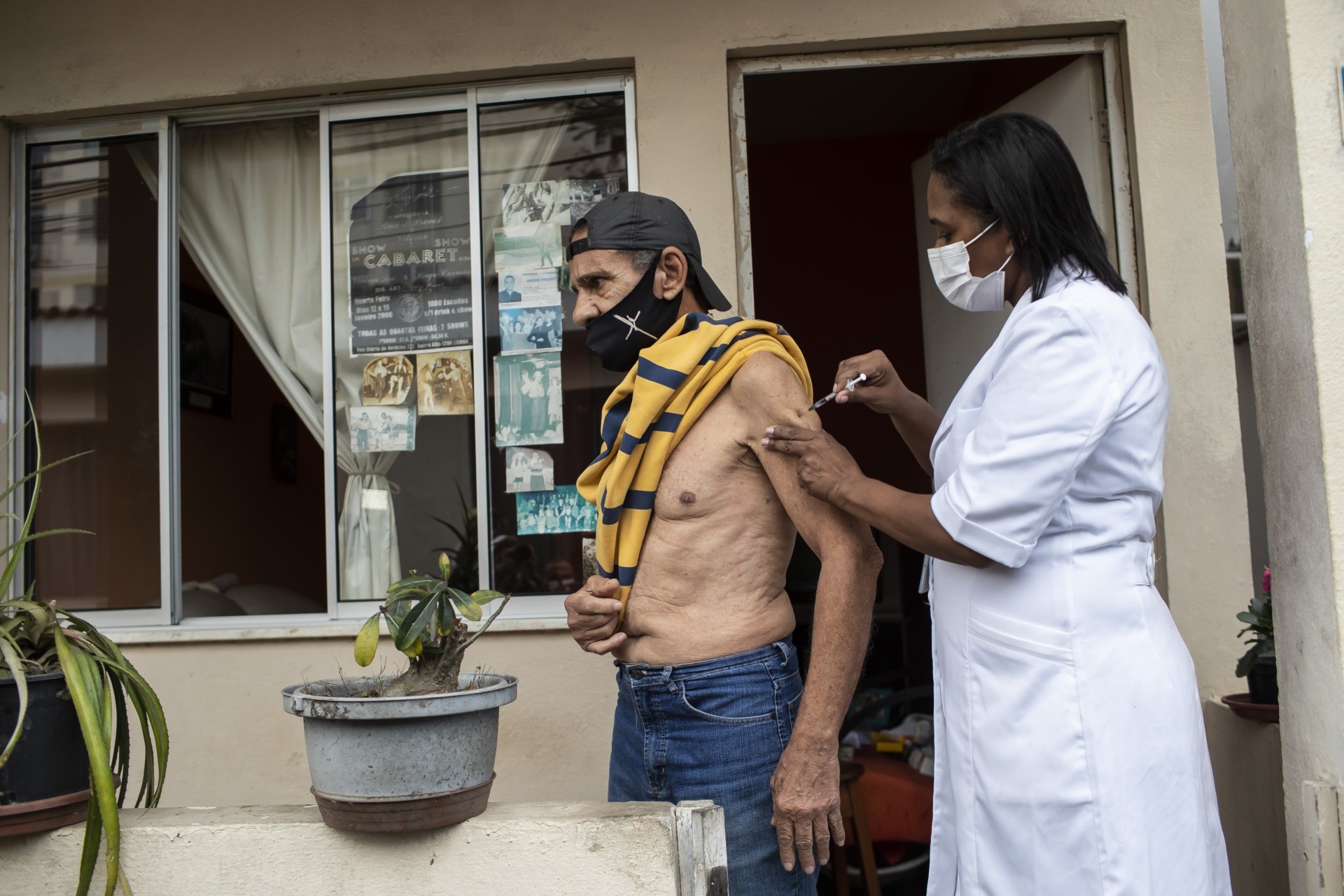 Andre Luiz da Silva, 70, is injected with a dose of the Pfizer COVID-19 vaccine during a third dose campaign for elderly residents in long-term care institutions, at a retreat for elderly artists, in Rio de Janeiro, Brazil, Wednesday, Sept. 1, 2021. (AP Photo/Bruna Prado)

Israel has been providing third doses to a wide swath of people who already received a full two-dose regimen months earlier. And last month, U.S. health officials recommended that all Americans get boosters to shore up their protection amid evidence that the vaccines’ effectiveness is falling. WHO officials insist the scientific justification for boosters remains unclear.

Tedros acknowledged that third doses might be necessary for at-risk groups, but said: “We do not want to see widespread use of boosters for healthy people who are fully vaccinated.”

U.S. health officials are continuing to assess the science and utility of boosters, and there are growing indications that the U.S. may miss the Biden administration’s Sept. 20 target date for a wide rollout of extra shots for vaccinated people.

The WHO chief said he received a message of “clear support” from health ministers at a meeting of the influential Group of 20 countries this week for a commitment to help hit a WHO target that all countries vaccinate at least 40% of their people by year’s end.

“A month ago, I called for a global moratorium on booster doses, at least until the end of September to prioritize vaccinating the most at risk people around the world who are yet to receive their first dose,” Tedros said. “There has been little change in the global situation since then.” 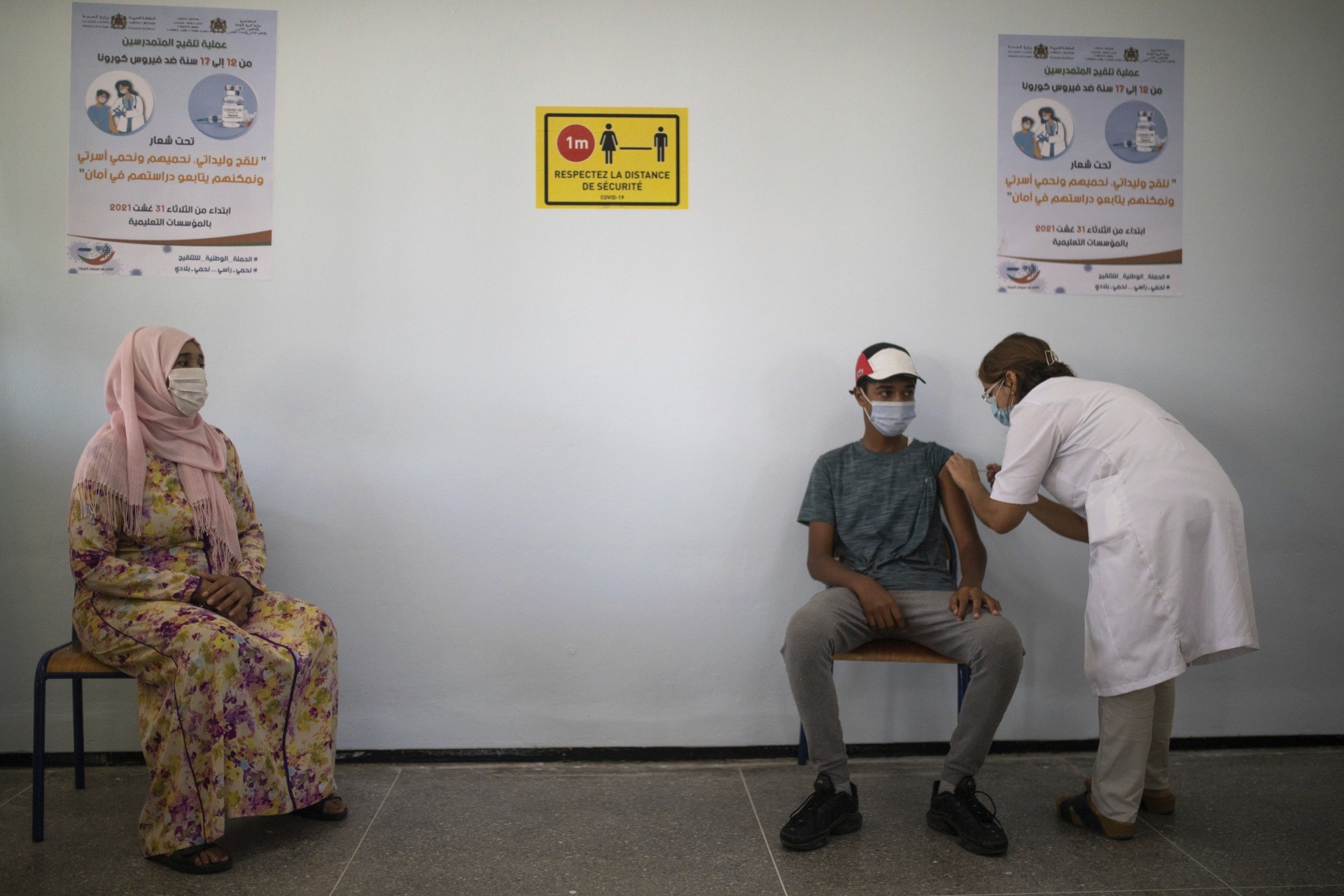 A mother accompanies her son to receive his COVID-19 vaccine as Morocco launches a campaign to vaccinate 12-17 year olds before the start of the school year, in Rabat, Morocco, Tuesday, Aug. 31, 2021. (AP Photo/Mosa’ab Elshamy)

“So today, I’m calling for an extension of the moratorium until at least the end of the year to enable every country to vaccinate at least 40% of its population,” he said.

The WHO says 5.5 billion coronavirus vaccine doses have been administered so far, but 80% of those have been to upper- and middle-income countries. Rich countries have also offered to donate 1 billion doses to other countries, but fewer than 15% of those doses have “materialized,” Tedros said.

He noted that manufacturers have pledged to prioritize the U.N.-backed COVAX program, which aims to get vaccines to the neediest people in the world — no matter how wealthy the country.

“We don’t want any more promises. We just want the vaccines,” the WHO chief said.

Earlier Wednesday, COVAX managers again scaled back their target to ship doses this year, projecting about 1.4 billion doses will be available through the program by year-end — down from about 1.8 billion previously. They had originally hoped to ship 2 billion doses this year.

Gavi, the Vaccine Alliance, which co-runs the program, said COVAX has faced setbacks including export restrictions from hard-hit India — a key producer of vaccines — as well as regulatory hurdles for some vaccine candidates and manufacturing troubles elsewhere. But it also said deliveries are ramping up strongly, and another 1.1 billion doses are expected to be available by year-end through the program, up from 330 million so far. Most of those doses have gone to or are destined for poorer countries. 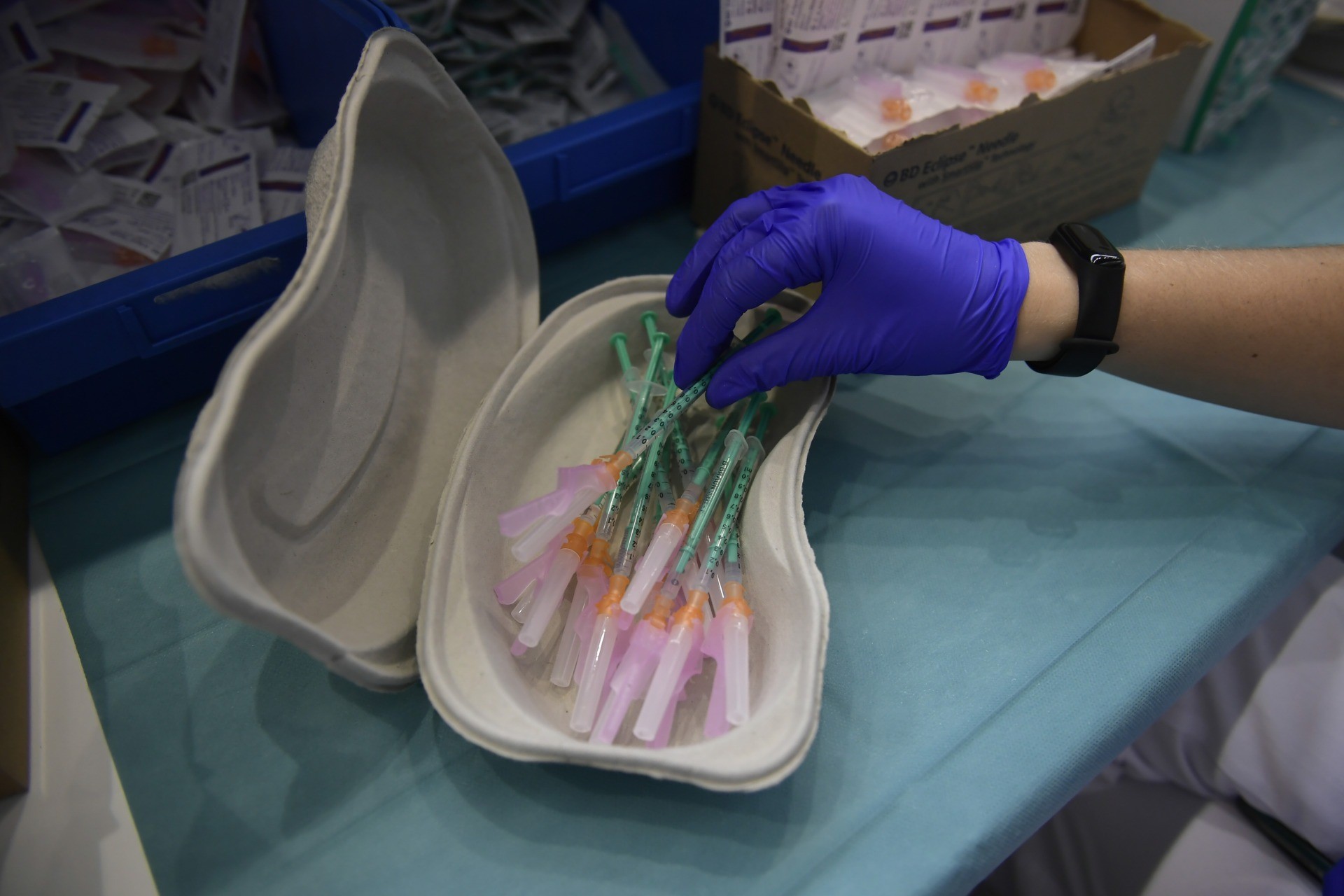 The International Federation of Pharmaceutical Manufacturers and Associations said Tuesday that about 1.5 billion COVID-19 vaccine doses are now being produced every month, and cited projections that a total of 12 billion will have been produced by year-end.

Dr. Bruce Aylward, a top adviser to Tedros, acknowledged that “some countries may be going ahead with decisions” to widely administer boosters, but that the WHO call for a moratorium “makes a real difference.” He said some countries — which he did not identify — have approached the WHO about whether booster policies could be delayed.

But admittedly, the WHO’s first call for a moratorium through September has not fixed the gaping imbalance in access to vaccines.

“(O)ur role is to make sure that we put forward the strongest possible arguments and way out of this pandemic — and the way out of that is a moratorium and to extend it,” Aylward said. “Because since the last time we called for it, the equity gap has gotten greater, the amount of vaccine available to low-income countries has gone down.”