Former Virginia Gov. Terry McAuliffe (D), who is running for governor again, is refusing to answer questions about restrictive measures he would support for abortions in Virginia.

McAuliffe, having spent much of the past several days railing against Texas’s pro-life legislation that went into effect last week, was asked directly in a radio interview published Monday by WVTF if there were “any boundaries” McAuliffe “could see for restrictions on any kind of abortion.”

The outlet cited Virginia’s controversial 2019 legislation introduced by Del. Kathy Tran (D), which would have loosened restrictions on late-term abortions.

McAuliffe replied, “Terry McAuliffe, as governor, as I was before, will be a brick wall to protect women’s individual rights, to make their own decisions about their own reproductive health care.”

In 2019, Virginia Democrats made headlines for fumbling through their messaging on Tran’s legislation.

McAuliffe at the time flip-flopped entirely on his position, ultimately settling on saying he would not veto it if he were governor. He called it “a commonsense bill,” though his reaction was overshadowed by that of Gov. Ralph Northam (D). 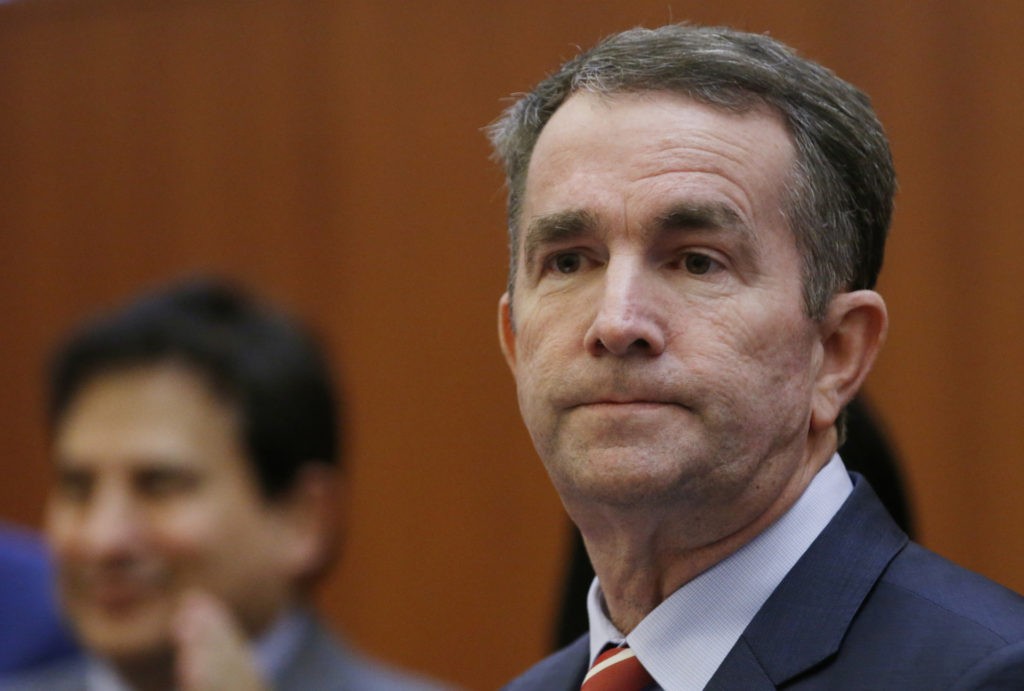 Northam, the current Democrat governor who is term-limited and unable to seek reelection in November, responded to Tran’s bill during a radio appearance in January 2019. “The infant would be delivered. The infant would be kept comfortable. The infant would be resuscitated if that’s what the mother and the family desired,” said Northam, who is also a pediatrician. “And then a discussion would ensue between the physicians and the mother.”

The shocking comments sparked charges that Northam supported infanticide, to which the governor responded, according to the Washington Post, that he did not support such an act and that his comments were specifically about “prognosis and medical treatment.” 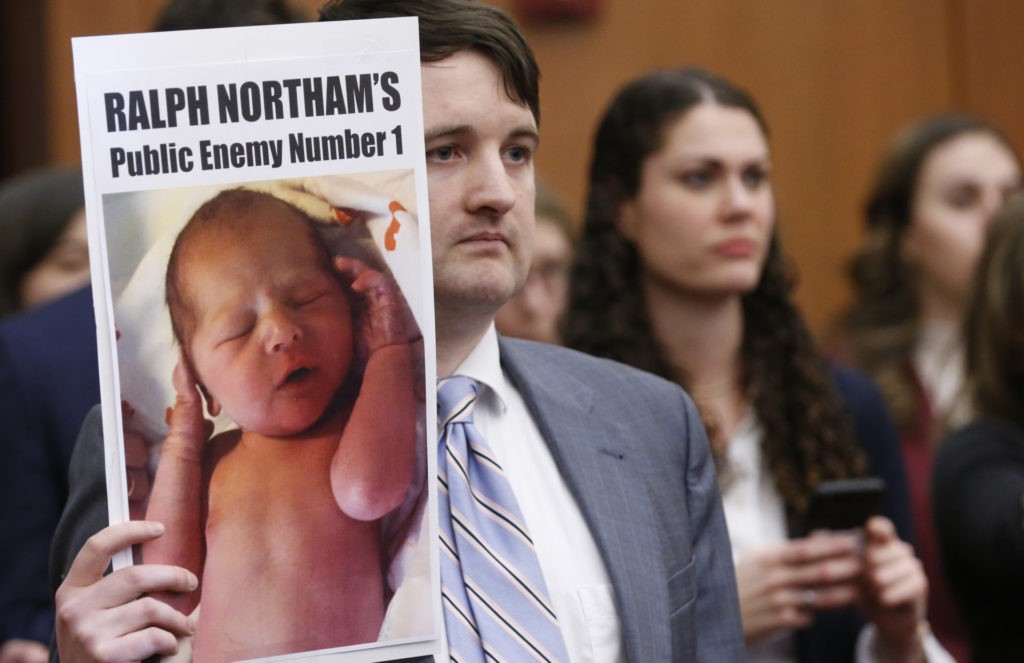 A demonstrator holds a sign as Gov. Ralph Northam speaks during a press conference at the Capitol in Richmond, Thursday, January 31, 2019. (AP Photo/Steve Helber)

McAuliffe also spoke about Texas’s new pro-life law during a phone press conference last Thursday, but the Virginia Democrat took questions from only two media outlets, the Associated Press and the Hill.

Citing Tran’s bill and accusations McAuliffe’s opponent in the upcoming gubernatorial race, Republican Glenn Youngkin, had recently been making about McAuliffe related to the bill, the Hill asked, “I’ve seen a lot of polling that suggests nationally that Americans aren’t as in favor of that late-term abortion. How are you going to respond to that and confront that issue?”

McAuliffe immediately deflected by attacking his opponent, saying, “Well, first of all, Glenn Youngkin will say anything. This issue is not about me. It’s about Glenn Youngkin, who wants to ban abortions here in the Commonwealth.”

McAuliffe during the call also accused Youngkin of being the most “anti-choice women” candidate in Virginia history and noted Youngkin was “caught on a secret tape” talking about his pro-life views.

A recording was published in July of Youngkin vowing to people posing as pro-life Youngkin supporters that those supporters would never hear him backing Planned Parenthood and that he would focus on “taking back the radical abortion policies that Virginians don’t want” rather than what he personally believes are ideal abortion restrictions as he seeks to appeal to independent voters.

In addition to his comments last Thursday and this past Monday, McAuliffe also held a press conference yesterday, though at least one media outlet, the Daily Caller, was denied access to the event. McAuliffe for that press conference stood in front of a sign saying “No Texas Abortion Ban in Virginia” as he again bashed the Texas pro-life legislation and his pro-life opponent.

Youngkin’s campaign told Breitbart News in response to McAuliffe seizing on the Texas legislation that the Virginia Democrat was “trying to hide from his failed record” from when he served as governor from 2014–2018 as he campaigns for his old job back.

“Terry McAuliffe is pushing his own extreme, pro-abortion agenda, which advocates for abortion all the way up through and including birth because he is trying to hide from his failed record and key issues in Virginia,” spokesperson Macaulay Porter said. “McAuliffe will be the Abortion Governor, whose sole focus would be to make abortion available anytime and anywhere in Virginia. Youngkin will be the Jobs Governor that is focused on delivering for Virginians and making the Commonwealth the best place to live, work, and raise a family.”