ROME — The Holy See Press Office announced Wednesday that Pope Francis intends to visit Canada to help in the process of reconciliation between the Catholic Church and indigenous peoples.

“The Canadian Conference of Catholic Bishops has invited the Holy Father to make an apostolic journey to Canada, also in the context of the long-standing pastoral process of reconciliation with indigenous peoples,” states a message from Matteo Bruni, director of the Vatican press office.

“His Holiness has indicated his willingness to visit the country on a date to be settled in due course,” he added.

This past July, Pope Francis invited a delegation of indigenous people of Canada to the Vatican in the midst of controversy surrounding the discovery of hundreds of unmarked graves at schools for natives run by the Catholic Church and other Christian denominations.

Vatican News reported that the meeting will take place this coming December just before Christmas and will include three separate bilateral meetings between the pope and the First Nations, Métis, and Inuit national organizations. 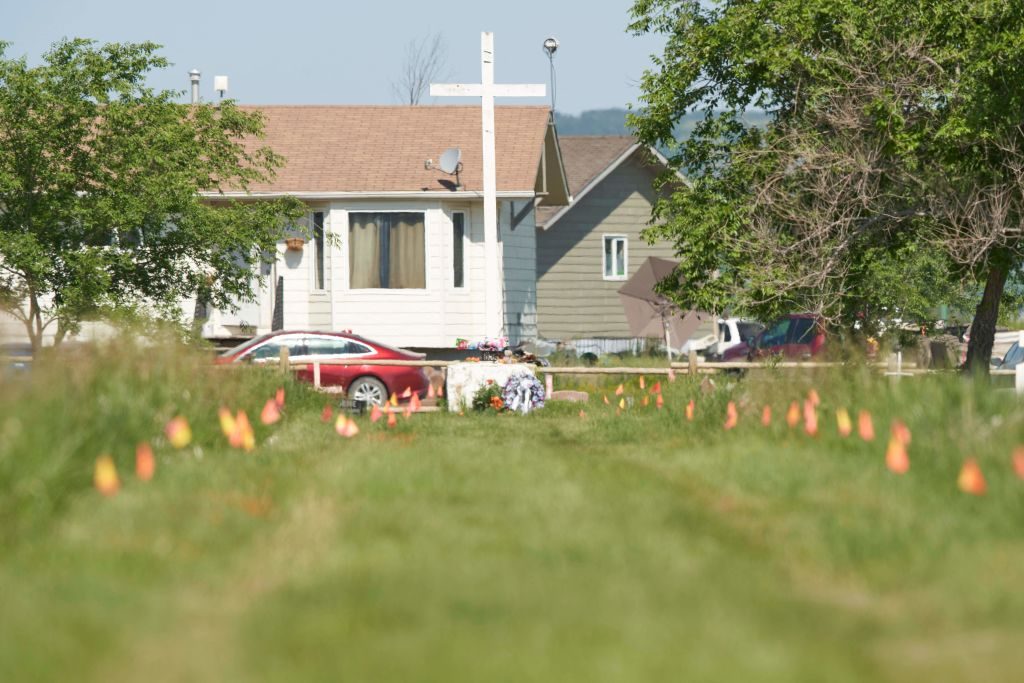 Flags mark the spot where the remains of over 750 children were buried on the site of the former Marieval Indian Residential School in Cowessess first Nation, Saskatchewan, June 25, 2021. Calls on the Pope and the Church to apologize for the abuse suffered at the schools, where students were forcibly assimilated into the country’s dominant culture, are growing (Photo by Geoff Robins / AFP) (Photo by GEOFF ROBINS/AFP via Getty Images)

In their own statement, the Canadian Bishops said the indigenous people will meet with the pope from December 17 to 20 “to foster meaningful encounters of dialogue and healing.”

In late May, 215 unmarked burial sites were discovered on the site of the Kamloops Indian residential school in British Columbia, which was run by the Catholic Church.

Not long afterward, Pope Francis called for an inquiry into the discovery, expressing his hope that bringing out the whole truth could lead to healing.

“I join the Canadian bishops and the entire Catholic Church in Canada in expressing my closeness to the Canadian people, traumatized by the shocking news,” the pope said in June. “The sad discovery further raises awareness of the pains and sufferings of the past.”

“May the political and religious authorities of Canada continue to work together with determination to shed light on that sad story and to humbly commit themselves to a path of reconciliation and healing,” he said.

The Canadian bishops released a statement the following week expressing their commitment to “engage wholeheartedly with the past” and to “take truly meaningful active steps together with Indigenous Peoples in view of a future filled with greater respect and cooperation.”

“The recent discovery of children’s remains at a burial site of a former residential school in Kamloops, British Columbia, remind us of a tragic legacy still felt today,” the bishops said.

At this time, the bishops announced that they had already been preparing a delegation of indigenous people to meet with the pope “for over two years now,” the fruit of which will be the upcoming meeting in the Vatican this December. 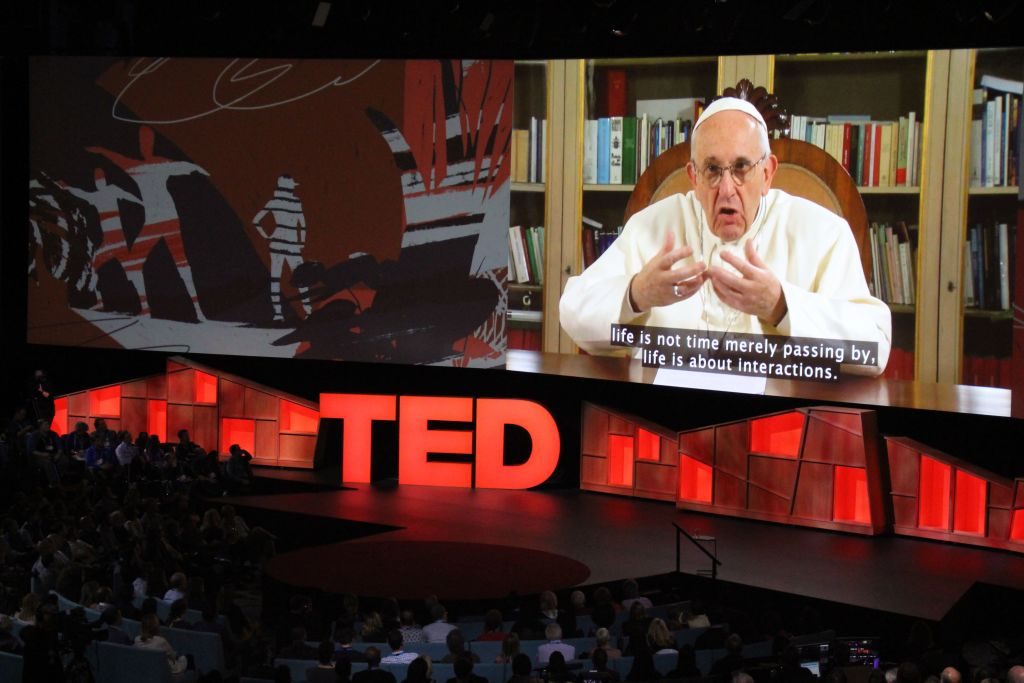 Pope Francis speaks during the TED Conference, urging people to connect with and understand others, during a video presentation at the annual scientific, cultural and academic event in Vancouver, Canada, April 25, 2017. (GLENN CHAPMAN/AFP via Getty Images)

On June 21, the chief of the Cowessess First Nation announced that at least 751 unmarked graves have been discovered on the grounds of the Marieval Indian Residential School in Saskatchewan.

A week later, ten churches were vandalized in a single day in Alberta on Canada’s national holiday of Canada Day (or Dominion Day).

Most of those churches were defaced with red paint, apparently in protest against the Catholic church’s role in the Canadian residential school system.

Canadian Prime Minister Justin Trudeau asked Pope Francis in June to come personally to Canada to apologize for church-run boarding schools where the unmarked graves have been found.