“The Catholic Church teaches and has taught that life human life begins at conception,” Cardinal Gregory told reporters. “So the president is not demonstrating Catholic teaching.”

“Our Church has not changed its position on the morality of abortion, “the cardinal stated. “And I don’t see how we could, because we believe that every human life is sacred.”

Last Friday, Biden publicly repudiated his former position that life begins at conception, insisting he no longer holds this view.

“I respect those who believe life begins at the moment of conception and all … I respect that,” Mr. Biden told reporters after a speech at the White House. “Don’t agree. But I respect that.”

During a 2012 debate with then Representative Paul Ryan, Biden affirmed the conviction that “life begins at conception,” an assertion he reiterated in 2015.

“I’m prepared to accept that at the moment of conception there’s human life and being, but I’m not prepared to say that to other God-fearing, non-God-fearing people that have a different view,” he said in an interview.

The Catechism of the Catholic Church teaches that from “the first moment of his existence, a human being must be recognized as having the rights of a person – among which is the inviolable right of every innocent being to life.”

The Church, to which Biden belongs, deems abortion to be murder and attaches its highest penalty — that of automatic excommunication — to anyone who “procures a completed abortion.” 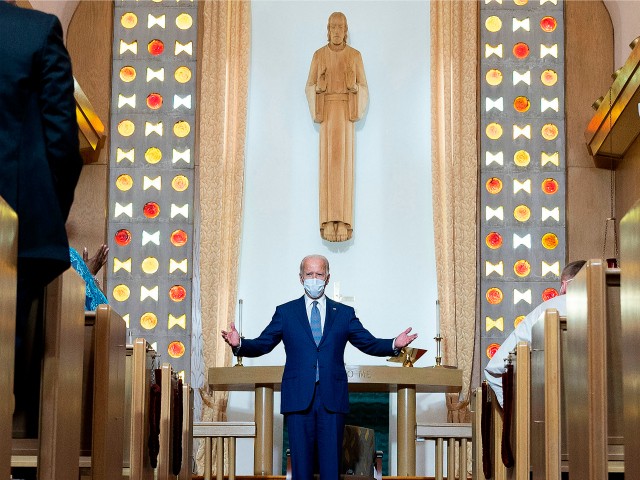 Shortly after Biden reversed his stance on when life begins, Bishop Donald Hying of Madison noted wryly that no one can continue mouthing the fiction that Biden is “personally opposed” to abortion.

“People always claimed that President Biden was personally opposed to abortion,” Bishop Hying wrote on Twitter. “Today, he said, ‘I respect those who believe life begins at the moment of conception and all, I respect that-don’t agree, but I respect that.’”

“Today, we’ve all learned the painful and disturbing truth,” the bishop concluded.

For his part, Bill Donohue, president of the Catholic League for Civil and Religious Rights, published an essay titled: “So When Does Life Begin, Mr. President?”

“If life does not begin at conception, Mr. Biden, then when does it begin?” Donohue asked. “Does life begin when the baby’s spinal cord, nervous system, gastrointestinal system, heart and lungs develop? That would be during the first four weeks from conception.”

A Tennessee bishop questioned Joe Biden and Nancy Pelosi's claims they are “faithful Catholics,” given their public support for abortion. https://t.co/jyOfEdowG3

“Does it begin when the heart begins to beat? That would be four weeks after conception,” he proceeded.

“Does it begin when the baby’s nose forms and his or her fingers begin to develop? That would be six weeks after conception,” he noted.

“Does it begin when the baby’s genitals develop? That would be nine weeks after conception,” he continued.

“Does it begin when the baby kicks, can hear, has a strong grip and a strong heartbeat? That would be during the second trimester,” he went on.

“The science did not change, Mr. Biden, and neither has the Catholic Church’s teaching on this subject. So why did you?” Donohue asked.