In a statement, Biden complained about “President Trump’s decision today to profane God and to smear my faith in a political attack.”

But Biden has been smearing Trump’s faith for months for political gain. His objection is simply that Trump has turned the tables and played by the same rules.

In June, after President Trump walked across Lafayette Park and held up a Bible in front of the burned-out facade of St. John’s Episcopal Church in Washington, D.C., Biden claimed that Trump never read the Bible: “The president held up the Bible at St. John’s church yesterday. I just wish he opened it once in a while instead of brandishing it. If he opened it, he could have learned something.”

Rather than joining Trump in condemning attacks on faith, Biden mocked Trump’s own.

Then, last month, Biden attacked Trump’s faith again — this time with a debunked conspiracy theory that Trump had held the Bible upside down. The president, Biden said, “decided he had to walk across from the White House through a group of peaceful demonstrators, to an Episcopal Church to hold a Bible upside down, which I don’t know how often he reads, and he used the military to do that.”

As Breitbart News noted, the whole statement was false — especially the claim about the Bible. 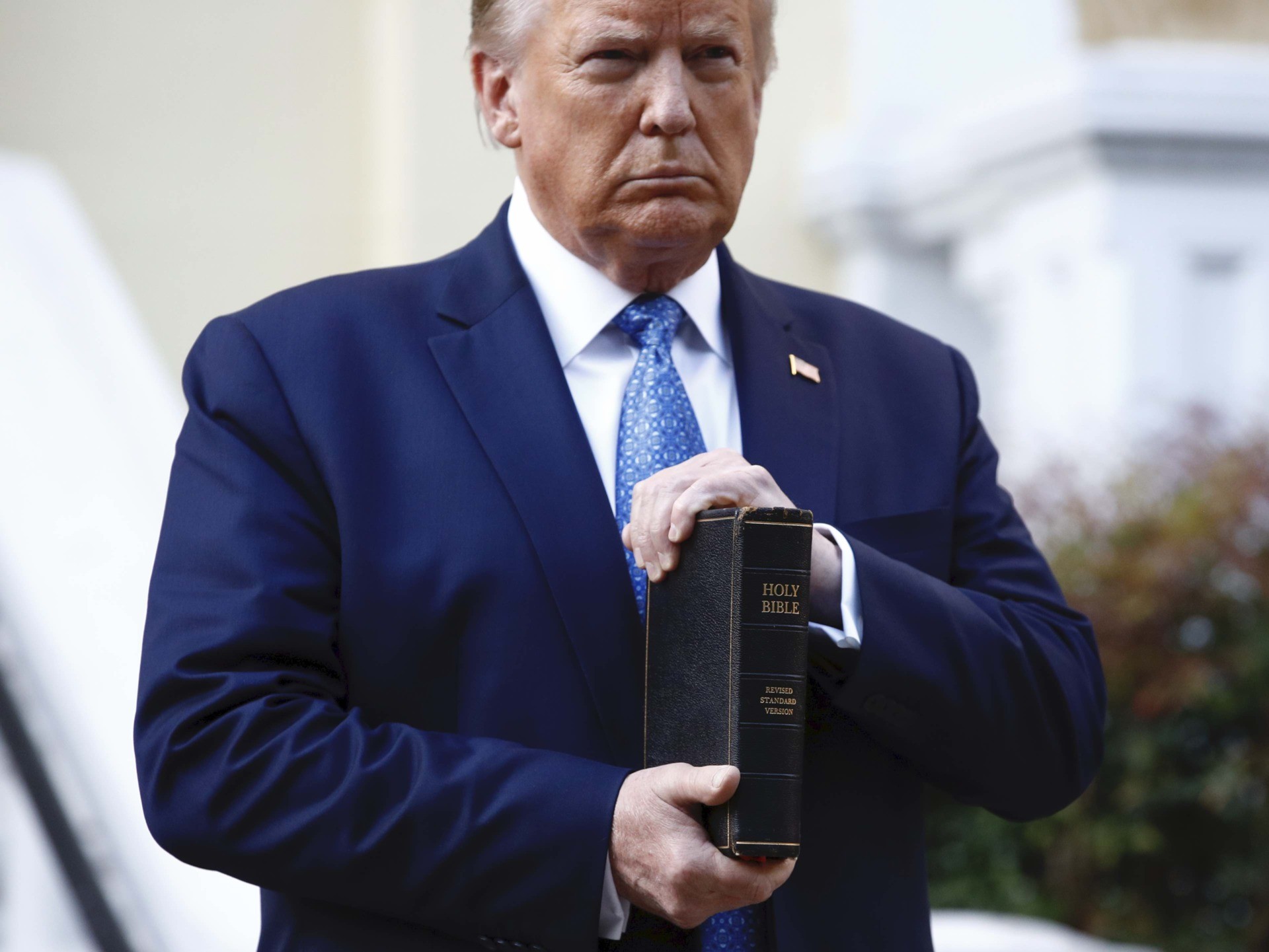 FILE – In this June 1, 2020, file photo, President Donald Trump holds a Bible as he visits outside St. John’s Church across Lafayette Park from the White House in Washington. Part of the church was set on fire during protests on Sunday night. (AP Photo/Patrick Semansky, File)

Biden protested that his Catholic faith is the “bedrock foundation of my life.” That may be for voters to judge, after he reversed his position on the Hyde amendment last year and came out in favor of taxpayer-funded abortions through birth. As Democrat governors have closed church services, Biden has pushed for more shutdowns, not fewer.

Regardless, Biden and other Democrats have publicly questioned Trump’s faith, constantly. Their objections to Trump have zero credibility.

Joel B. Pollak is Senior Editor-at-Large at Breitbart News and the host of Breitbart News Sunday on Sirius XM Patriot on Sunday evenings from 7 p.m. to 10 p.m. ET (4 p.m. to 7 p.m. PT). His new book, RED NOVEMBER, tells the story of the 2020 Democratic presidential primary from a conservative perspective. He is a winner of the 2018 Robert Novak Journalism Alumni Fellowship. Follow him on Twitter at @joelpollak.