LONDON (AP) – Queen Elizabeth II has sprained her back and will not attend the Remembrance Sunday service in central London to remember Britain’s war dead, Buckingham Palace said Sunday.

The service, one of the most important on the 95-year-old monarch’s calendar, was widely expected to be her first public appearance after cancelling events in recent weeks on doctors’ advice.

“The Queen, having sprained her back, has decided this morning with great regret that she will not be able to attend today’s Remembrance Sunday service at the Cenotaph,” officials said in a statement. “Her Majesty is disappointed that she will miss the service.”

“As in previous years, a wreath will be laid on Her Majesty’s behalf by The Prince of Wales,” the statement added. Other members of the royal family will be present as planned. 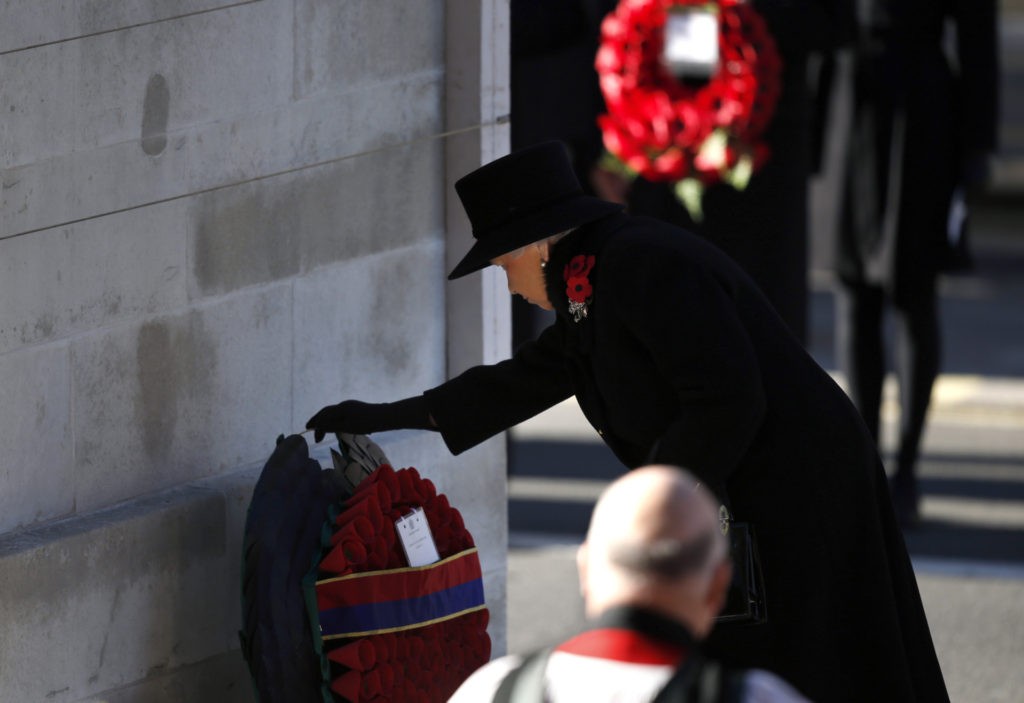 Britain’s Queen Elizabeth lays a wreath at the Cenotaph during the Remembrance Sunday parade in Whitehall, London, on November 10, 2013. Services are held annually across Commonwealth countries during Remembrance Day to commemorate servicemen and women who have fallen in the line of duty since World War I. (ADRIAN DENNIS/AFP via Getty Images)

The Queen spent a night in a London hospital last month after being admitted for medical tests. It was her first such stay in eight years. On Oct. 29, the palace said she had been told by doctors to rest for two weeks and only take on light duties.

She cancelled plans to attend the UN climate summit in Glasgow, Scotland, but sent a video message.

But officials said at the time that “it remains the Queen’s firm intention” to be present for the national Remembrance Sunday service. On Thursday, Buckingham Palace said that the monarch planned to watch the ceremony at the Cenotaph memorial in central London from a balcony, as she has for several years. 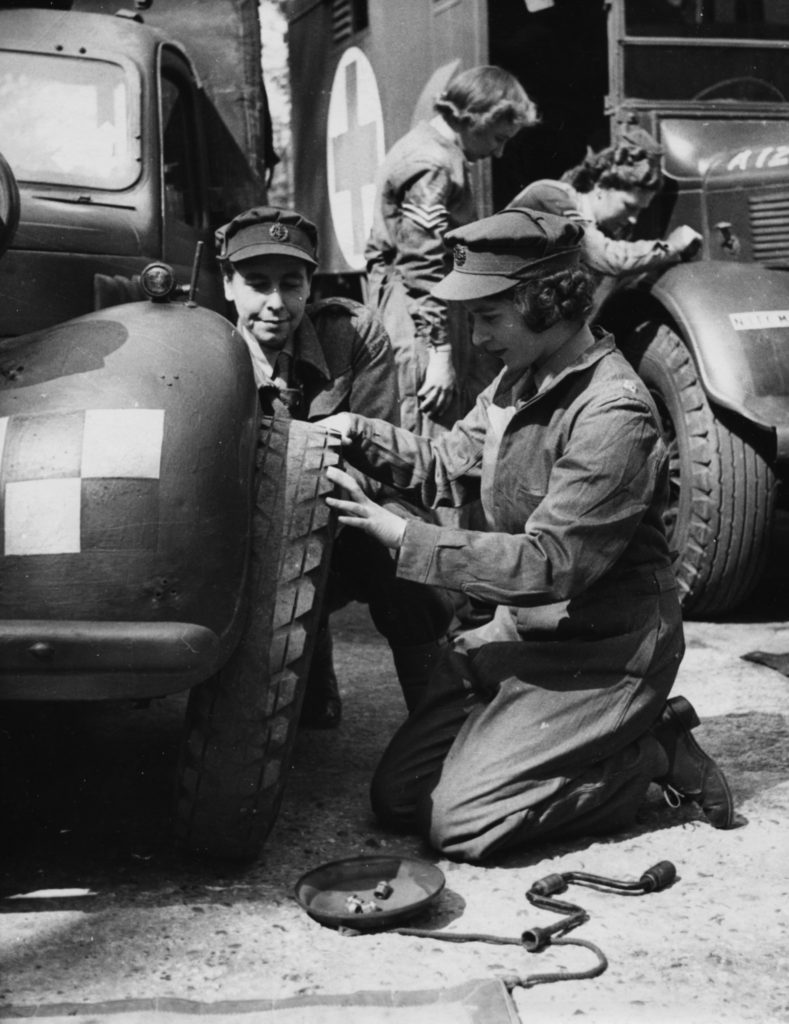 Princess Elizabeth changing the tyre of a vehicle as she trains as an ATS Officer during World War Two, at the ATS training centre in England, April 18th 1945. (Photo by Central Press/Hulton Archive/Getty Images)

The Queen served in World War II as an army driver and mechanic, and attaches great importance to Remembrance Sunday, a solemn ceremony to remember the sacrifices made by fallen servicemen and women. The national service, which follows Armistice Day on Nov. 11, is traditionally marked by the wearing of poppies and a two-minute silence observed at 11 a.m.

The Queen has continued to work from home, doing desk-based duties, during her period of rest. She has spent most of the time at Windsor Castle, west of London, and made a weekend visit to Sandringham, the royal family’s eastern England estate.

Britain’s longest-lived and longest-reigning monarch, Elizabeth is due to celebrate her Platinum Jubilee — 70 years on the throne — next year. 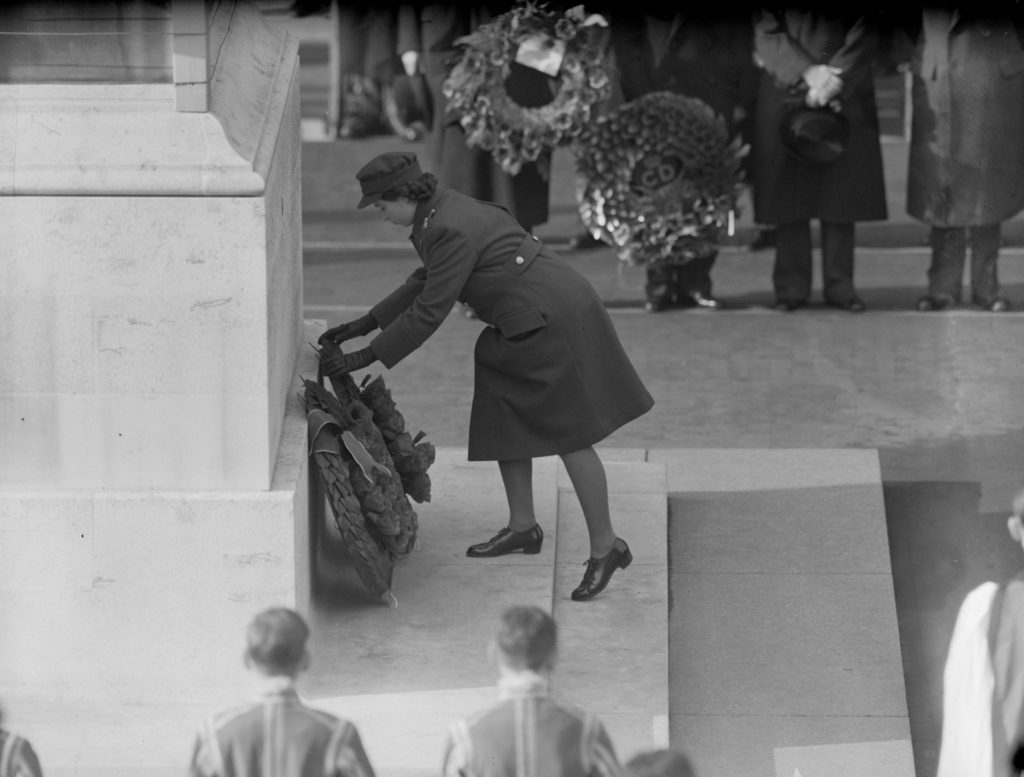 11th November 1945: Princess Elizabeth laying a wreath on the Cenotaph, Whitehall, London, in memory of those who lost their lives fighting in the world wars. (Photo by Fox Photos/Getty Images)