ROME — Anti-carbon policies in Europe have created a fuel shortage and sent energy prices through the roof, the Wall Street Journal (WSJ) editorial board reported Wednesday.

In an effort to meet their commitments under the Paris climate accord, European governments have shut down coal plants while heavily subsidizing renewables like wind and solar.

As Reuters reported last week, however, Europe has experienced lower than average wind speeds this summer, significantly cutting power generation from wind farms and driving up demand for natural gas and other fossil fuels.

In the case of Germany, Europe’s biggest economy, energy from onshore wind is down 20.6 percent from last year and offshore wind has dropped 16.2 percent.

In the same period, conventional electricity production from nuclear, coal, and gas has picked up the slack, up 19.7 percent in the last six months. 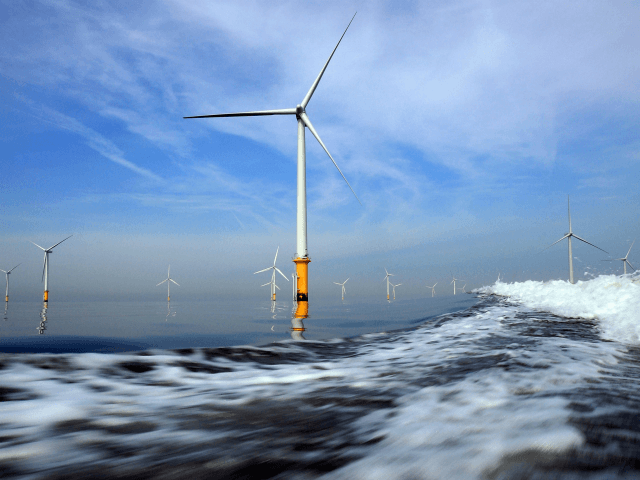 Turbines of the Burbo Bank offshore wind farm lay in the wake of a maintenance boat in the mouth of the River Mersey in Liverpool, England. (Christopher Furlong/Getty Images)

The net effect of Europe’s self-inflicted fuel shortage has been soaring energy prices throughout the continent, with prices on electricity, natural gas, and coal all reaching record highs.

According to WSJ, European natural-gas spot prices have gone up five-fold in the past year while coal prices have tripled. Requests for carbon permits under the cap-and-trade scheme have also surged, driving electricity prices even higher.

Europe’s anti-carbon policies have had far-reaching effects even outside the continent’s borders. In the U.S., natural gas spot prices have also doubled during the past year in part because of increased exports to Europe. The first six months of 2021 saw a 40 percent increase in U.S. exports of natural gas as compared with the same period in 2020. 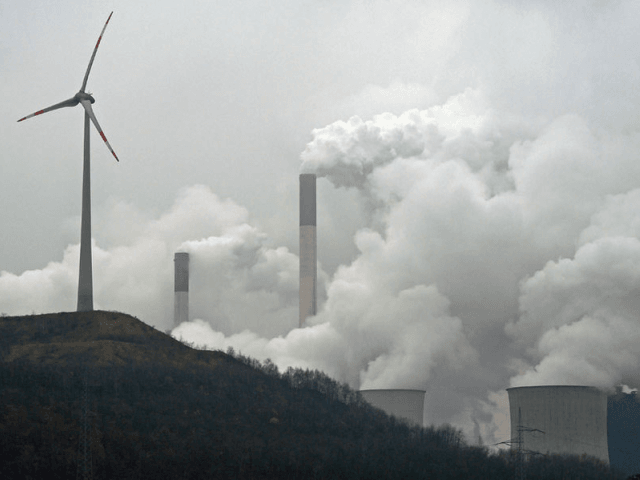 Europe’s energy debacle offers some vital lessons for the U.S., the WSJ editors suggest, beginning with a recognition of fossil fuels as a key “U.S. economic and strategic asset.”

“Europe’s problems are a warning to the U.S., if only Democrats would heed it,” the editors assert.