Queen Elizabeth II has paid tribute to the victims of the 9/11 terrorist attacks in a message to the U.S. President.

“As we mark the 20th anniversary of the terrible attacks on 11th September 2001, my thoughts and prayers — and those of my family and the entire nation — remain with the victims, survivors, and families affected, as well as the first responders and rescue workers called to duty,” wrote the 95-year-old monarch, who famously instructed the Coldstream Guards to break with longstanding tradition and play The Star-Spangled Banner at the ceremonial changing of the guard at Buckingham Palace in the wake of the attacks.

“My visit to the site of the World Trade Center in 2010 is held fast in my memory,” the Queen added.

The Queen’s message to the President of the United States on the 20th anniversary of the attacks on 11th September 2001. pic.twitter.com/jsdH4X50Ao

She went on to say that her memories of that visit served as a personal reminder “that as we honour those from many nations, faiths, and backgrounds who lost their lives, we also pay tribute to the resilience and determination of the communities who joined together to rebuild.”

The Queen also addressed the United Nations General Assembly for the first time since 1957 during that visit to New York in 2010, when she laid a wreath at Ground Zero, in which she referenced “the struggle against terrorism.”

Some 67 citizens of the United Kingdom were murdered in the September 11th attacks, making it an even deadlier mass casualty radical Islamic terrorist attack for the country’s people than the 7/7 suicide bombings in London in 2005, which claimed 52 lives, or the Manchester Arena suicide bombing in 2017, which claimed 23. 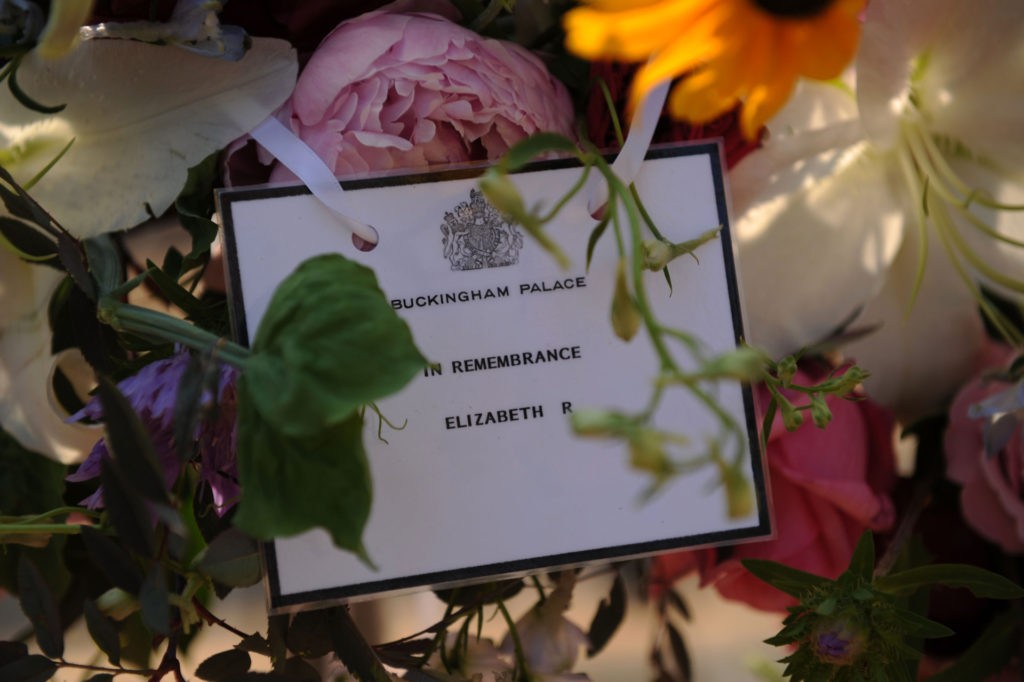 NEW YORK – JULY 06: A veiw of the wreath that Queen Elizabeth II placed during her visit Ground Zero at the World Trade Center site on July 6, 2010 in New York City. (Photo by Bryan Bedder/Getty Images)