A lawyer who has represented an infamous British Isis bride has drawn criticism after making a post interpreted by some as celebrating the capture of Kabul by Islamist Taliban forces.

The lawyer of ISIS bride Shamima Begum, Tasnime Akunjee posted an image on Sunday of senior Taliban militants in the Afghani presidential palace while writing “the boys are back in town”.

Akunjee then replied to his own post with a link to the Thin Lizzy song ‘Boys Are Back In Town’.

After considerable backlash on social media and in the British tabloids, Akunjee deleted the tweet and claimed that the post was intended to be derisive towards the Taliban.

“I can only assume that some people on Twitter are being purposely dense – ‘ The Boys Are Back in Town’ is a song about a criminal gang (The Quality Street Gang Manchester) who have returned following a sojourn…. this is controversial re the Taliban how exactly?” he wrote.

Akunjee rose to national attention after representing Shamima Begum, who travelled to Syria to join the so-called Islamic State.

The unrepentant jihadi bride has been reported to have helped ISIS by “literally stitching the vests” onto suicide bombers, and “allowed to carry a Kalashnikov rifle and earned a reputation as a strict ‘enforcer’ of [the Islamic State’s] laws, such as dress codes for women”.

Earlier this year, the Supreme Court in Britain ruled that the decision to strip Begum of her citizenship was lawful, leaving her to remain in a camp in Syria. 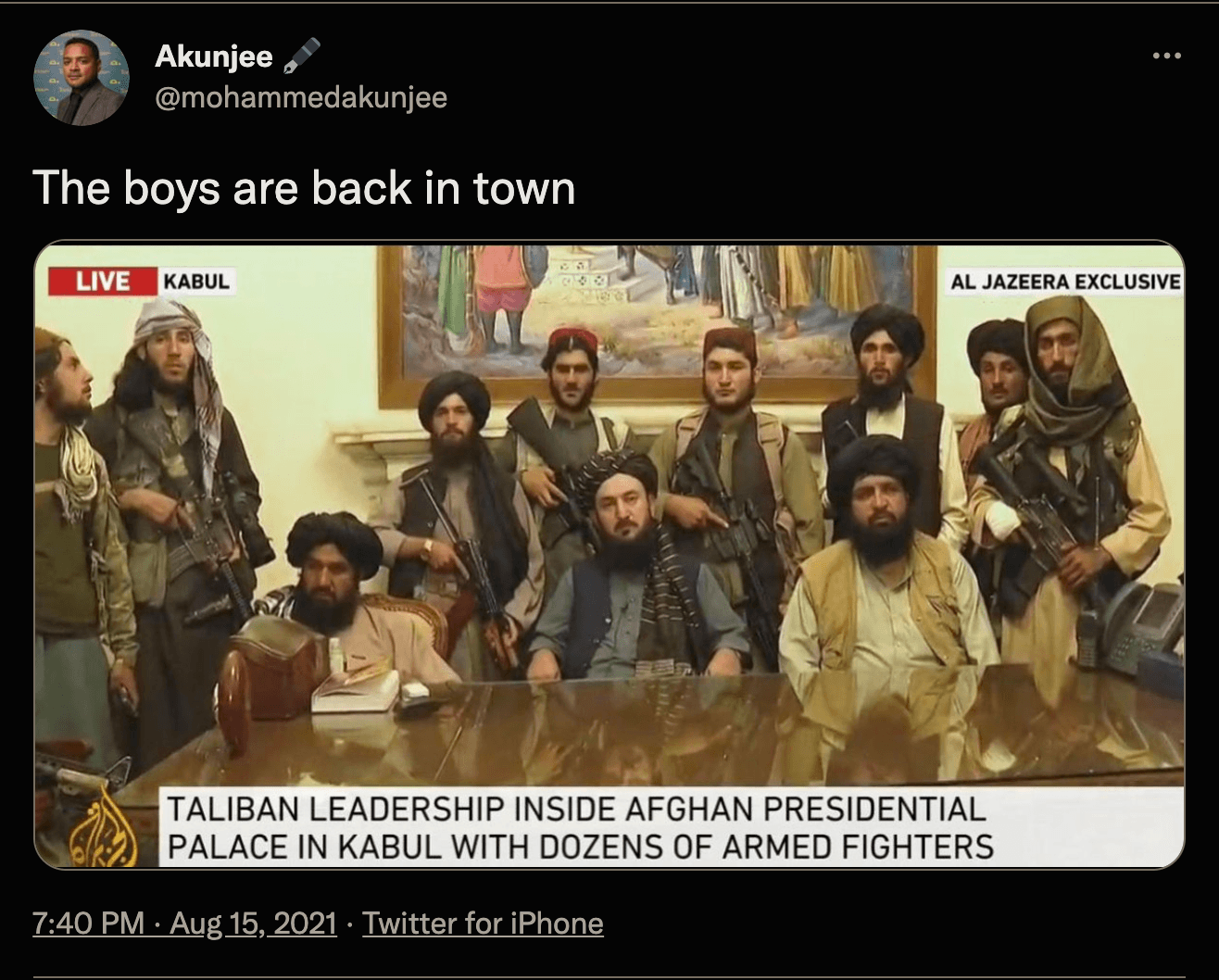 Aside from representing Begum in her case to return to the UK, Mr Akunjee also launched a campaign to demand that the Metropolitan Police apologise to her family for not informing them that a school friend of hers had travelled to Syria.

Akunjee claimed it “disabled the families from intervention in [their] children’s plans”.

Ironically, the terrorism lawyer had previously argued that Muslims in the UK should not cooperate with police in the Government’s Prevent counter-terror campaign, which he said was “straightforward, paid-for spying on the community”.

Writing for their website in 2015, he accused the British security services of “creating” the killer of British soldier Lee Rigby, Michael Adebolajo by “making his life so difficult”. Akunjee would go on to represent the Islamist killer as his attorney.

He later alleged that: “MI5 spent a huge amount of resources trying to turn him and speak to him before he did what he did,” adding: “It’s Frankenstein – they created him by making his life so difficult.”

Delingpole: ‘Bring Back Shamima Begum!’ Says No One Who Is Not a Leftist Loon https://t.co/3Sh1A0EJ7J