New Zealand’s parliament took down a historic portrait of Sir Winston Churchill in response to Green Party lobbying, with Prime Minister Jacinda Ardern brushing the incident off with a flat “I don’t care.”

“We wanted a painting outside the Green Party offices that was more representative of the values that we stand for,” said Green Party co-leader James Shaw, claiming in comments reported by Stuff that their primary issue with the late prime minister was his supposed foreignness.

“Sir Winston Churchill, the greatest anti-fascist leader of the 20th century is removed from the walls of Parliament because the Greens don’t like him,” lamented Judith Collins, a New Zealand National Party politician representing Papakura, on social media.

She added that, “Fortunately,” the wartime leader would be “finding a home” in or near her party’s parliamentary offices, and so will not disappear from the Commonwealth realm’s legislature entirely.

New Zealand premier Jacinda Ardern, of the left-wing Labour Party, raised no objection to the portrait’s removal, dismissing it as an issue of no consequence.

“I care about what we do in this place – we have got a responsibility to look after New Zealand in the massive crisis that we are facing, frankly, who hangs on the wall at the time we do it? I don’t care,” she claimed.

Sir Winston Churchill, the greatest anti-fascist leader of the 20th century is removed from the walls of Parliament because the Greens don’t like him. Fortunately, he is finding a home with ⁦@NZNationalParty⁩ offices in Parliament. pic.twitter.com/Ktsxua0zjW

Marama Davidson, the other co-leader of the Greens, struck a similar posture, deflecting from the issue by suggesting that Collins’s priorities were wrong.

“I thought Judith Collins wanted to focus on the issues that New Zealanders really care about. We are trying to demand the debate round climate change, we are trying to prevent family violence,” Davidson wheedled — although it was of course her party that sparked the debate around Churchill’s portrait by lobbying for its removal in the first place.

Indeed, conservatives in New Zealand may wonder why leftist politicians bothered to push for Churchill’s historic portrait to be moved in the first place if its placement was of so little importance.

“I just think it is outrageous, I mean it is so disrespectful,” Collins said in further comments on the incident quoted by Stuff.

“It is not on their wall. It is on the public path to Parliament; people go past on their way to the public gallery. It is just offensive, their behaviour,” she said.

“I just think the Greens are uninformed by history. What do they want him replaced with — do they want Stalin up there?” she demanded.

“The Green Party’s hatred of Sir Winston Churchill is born out of a hatred of the Western values and freedoms that he fought for: Democracy, Freedom of Speech, Freedom of Religion, Freedom of Association,” accused fellow National Party politician Simeon Brown.

The move was also received poorly in New Zealand’s mother country, with Julian Lewis MP, a former chairman of the British parliament’s House of Commons Defence Select Committee, noting that “The armed forces of New Zealand had a heroic record in fighting alongside those of the then British Empire to defeat Nazism and Japanese imperialism” during Churchill’s lifetime.

“Those veterans would undoubtedly be disgusted at the perversity, historical illiteracy and total inappropriateness of the decision,” he suggested in comments quoted by the Express.

Churchill’s grandson, former parliamentarian Sir Nicholas Soames, also expressed his disappointment to the Express, saying it was “rather a pity that a Commonwealth country and an ally of the United Kingdom would choose to take down a picture of my grandfather.” 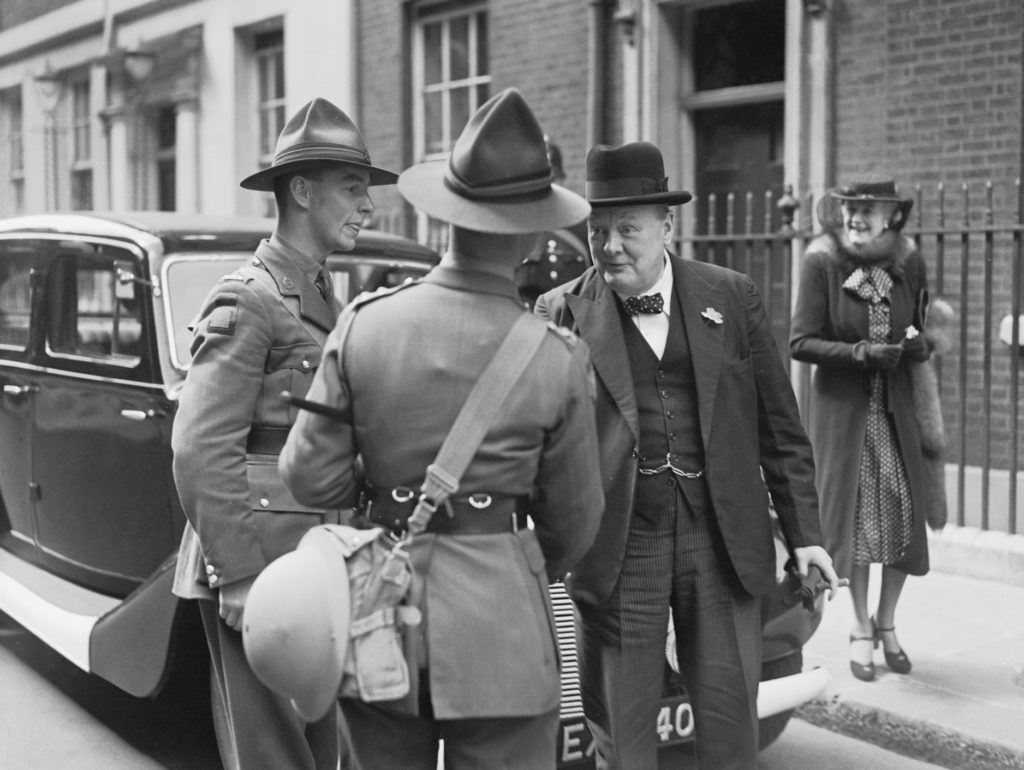