Dozens of protesters were arrested after an unauthorised march flouted public health orders in Sydney, while several confrontations with police broke out during the hours-long rally.

Officers were pelted with pot plants and bottles of water as opponents of Sydney’s month-long stay-at-home order took to the streets in numbers.

Thousands also crowded several streets in Melbourne after gathering outside the state parliament in the early afternoon.

The largely maskless protesters were flouting rules on non-essential travel and public gatherings, a day after authorities suggested the restrictions could remain in place until October.

Gladys Berejiklian’s “no regrets” policy – within hours, Sydney will be in the grip of much tougher restrictions.

“I am utterly disgusted by the illegal protesters in the city today whose selfish actions have compromised the safety of all of us,” the premier of Sydney’s state of New South Wales, Gladys Berejiklian, said in a statement.

“The protesters have shown utter contempt for their fellow citizens who are currently doing it tough.”

Hundreds of police responded to the Sydney protest, with several demonstrators pulled from the crowd in handcuffs by officers. Police said they issued nearly 100 fines and arrested 57 people.

New South Wales Police Minister David Elliott said a team of detectives would be scouring footage to identify and charge as many people as possible in the coming days. 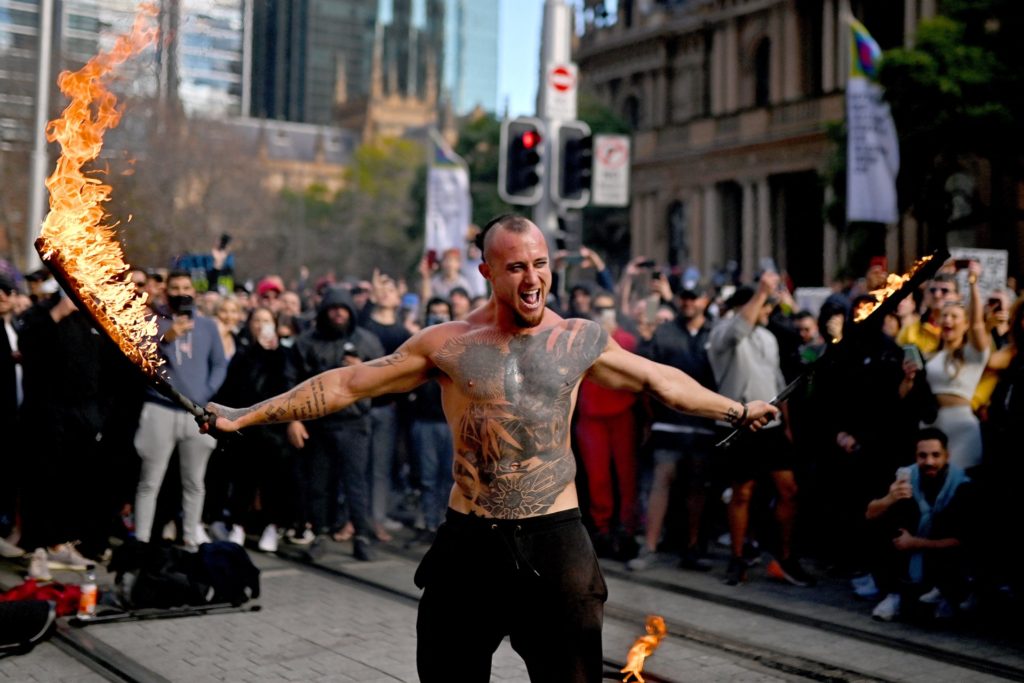 A man performs in front of a crowd in Sydney on July 24, 2021, as thousands of people gathered to demonstrate against the city’s month-long stay-at-home orders. (Photo by Steven SAPHORE / AFP) (Photo by STEVEN SAPHORE/AFP via Getty Images)

“What we saw today in Sydney is unfortunately something that we’ve seen in cities that we all shake our head at,” Elliott told media after the protest.

“It’s quite clear that you know, Sydney isn’t immune from morons as well.”

He also said he expected the gathering to drive a spike in Covid-19 cases and urged all those who attended to get tested and isolate.

Organisers had dubbed the protest a “freedom” rally and publicised it on social media pages frequently used to spread vaccine disinformation and conspiracy theories. 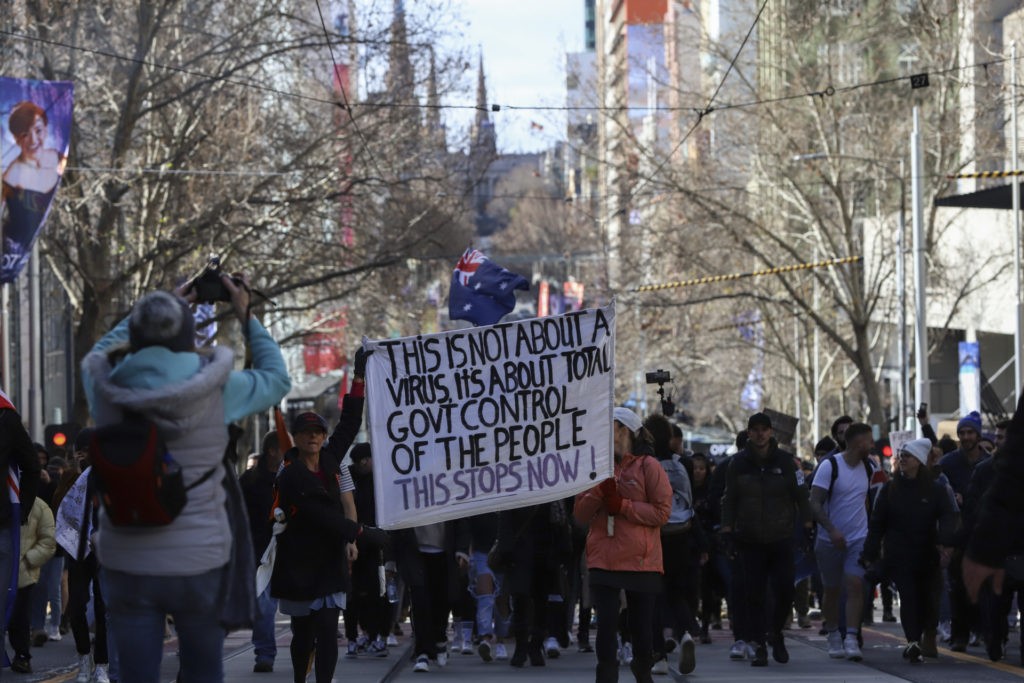 MELBOURNE, AUSTRALIA – JULY 24: Protesters hold a banner while walking through Bourke Street during a World Wide rally for freedom on July 24, 2021 in Melbourne, Australia. Anti-lockdown and anti-vaccination activists gathered in cities across Australia with New South Wales and Victoria are under strict Covid-19 restrictions as the states continue to fight the spread of the delta coronavirus strain. (Photo by Diego Fedele/Getty Images)

Helicopters buzzed above the streets of Sydney, a city of over five million people that is struggling to contain an outbreak of the Delta variant.

The state of New South Wales reported 163 new infections Saturday to bring its total in the current outbreak to nearly 2,000.

After escaping much of the early pandemic unscathed, around half of Australia’s 25 million people are now in lockdown across several cities.

There is growing anger at the restrictions and the conservative government’s failure to provide adequate vaccine supplies.

Just 11 per cent of the population is fully vaccinated. 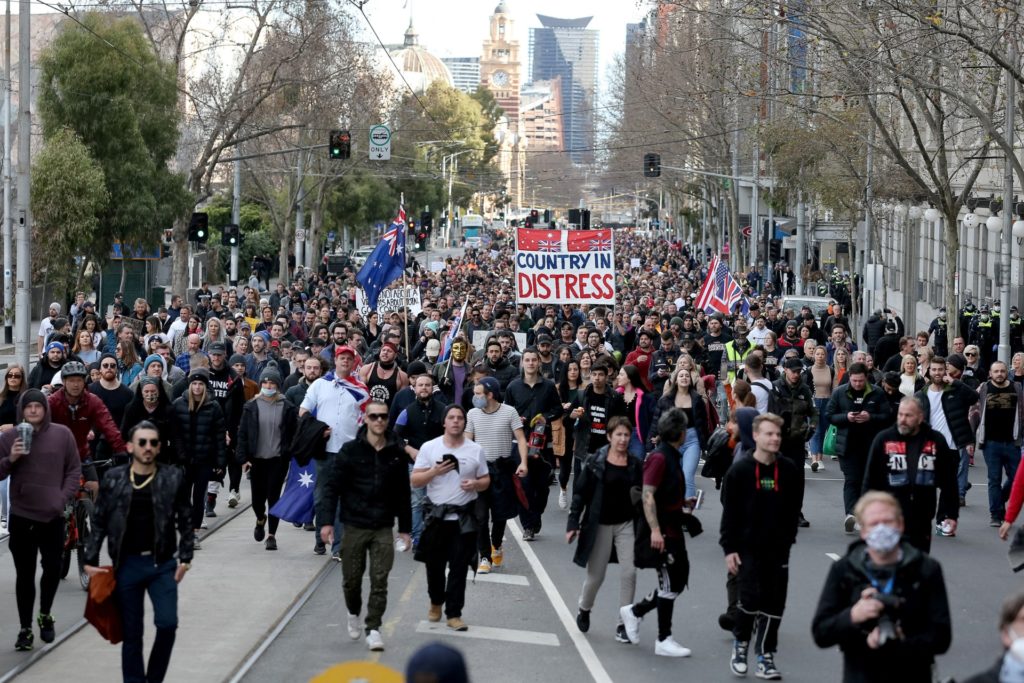