UNESCO´s World Heritage Committee voted in a secret ballot to remove the designation because of developments in the city center and on its historic River Mersey waterfront. The committee said the projects, including a planned new stadium for soccer team Everton, were “detrimental to the site´s authenticity and integrity” and had caused “irreversible loss of attributes.”

APPROVED: A detailed planning application for a new 52,888 capacity stadium at Bramley-Moore Dock has been approved by Liverpool City Council.

Our Goodison Park plans are being heard next… pic.twitter.com/h3vDHkh4nu

“I´m hugely disappointed and concerned by this decision to delete Liverpool´s World Heritage status, which comes a decade after UNESCO last visited the city to see it with their own eyes,” she said.

Anderson said the city would explore whether it could appeal, “but, whatever happens, Liverpool will always be a World Heritage city. We have a stunning waterfront and incredible built heritage that is the envy of other cities.”

Liverpool was one of the world´s busiest ports in the 18th and 19th centuries, growing prosperous from trade in goods and – until the trade in humans outlawed by Britain in 1807 – slaves. The docks declined and became derelict in the 20th century, but have been restored with museums, shops, bars, restaurants and new housing developments, making Liverpool a symbol of urban renewal. 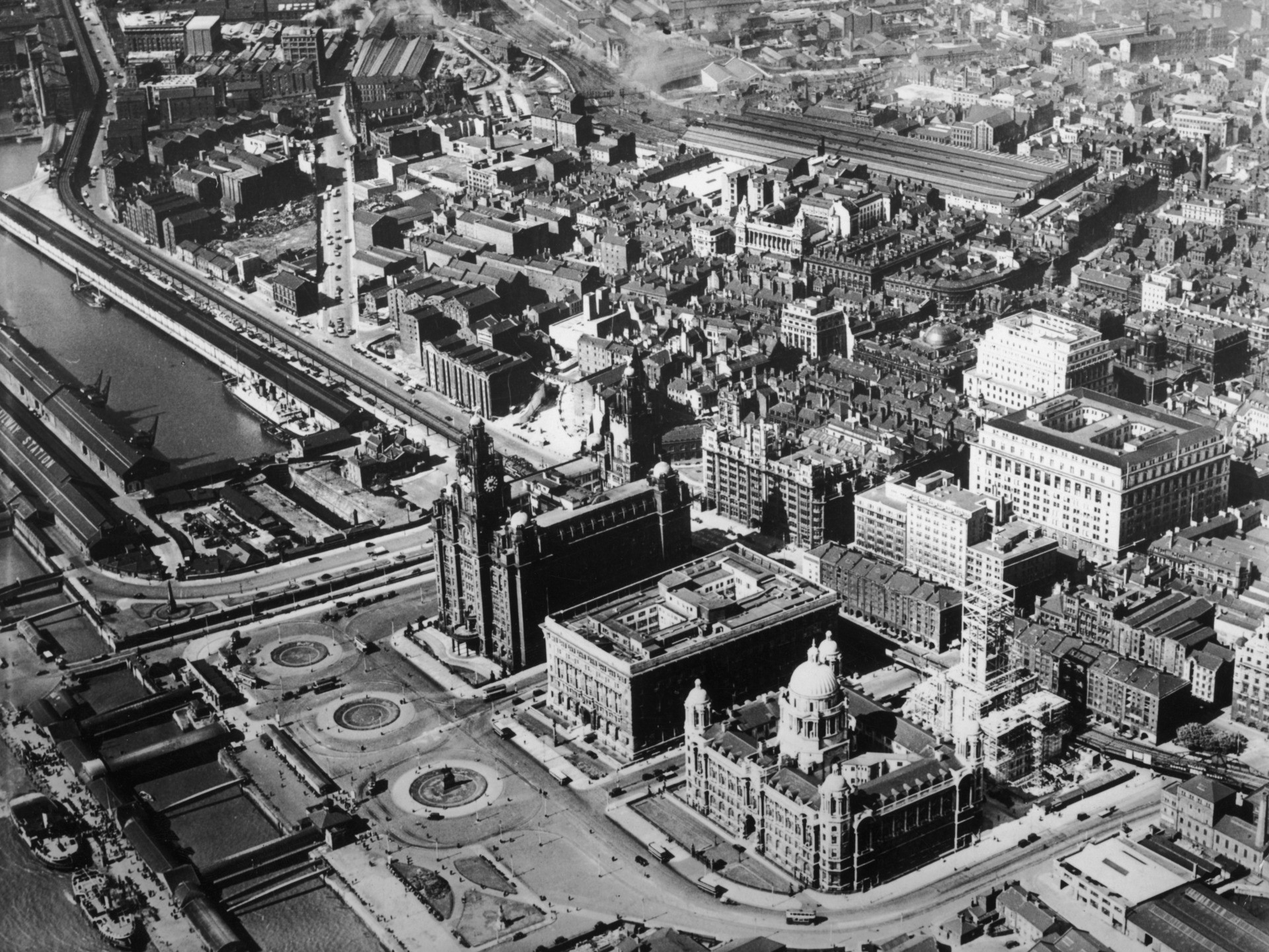 Liverpool Docks on the River Mersey, circa 1930. From left to right, the Royal Liver Building, the Cunard Building and the Port of Liverpool Building. (Photo by Hulton Archive/Getty Images)

The city that gave birth to The Beatles was added to UNESCO´s World Heritage list in 2004, joining sites including India´s Taj Mahal, Egypt´s pyramids and the Tower of London.

But it was placed on the organization´s heritage in danger list in 2012 amid concerns that modern development was marring the docklands´ historic character.

The World Heritage Committee, made up of representatives from 21 countries, was asked to decide Liverpool´s fate after an experts´ report said “inadequate governance processes, mechanisms, and regulations for new developments in and around the World Heritage property” resulted in “serious deterioration and irreversible loss of attributes.”

Steve Rotheram, mayor of the wider Liverpool region, said the decision was “a retrograde step that does not reflect the reality of what is happening on the ground.”

“Many of the sites cited by UNESCO are in communities sorely in need of investment,” he said. “Places like Liverpool should not be faced with the binary choice between maintaining heritage status or regenerating left-behind communities — and the wealth of jobs and opportunities that come with it.” 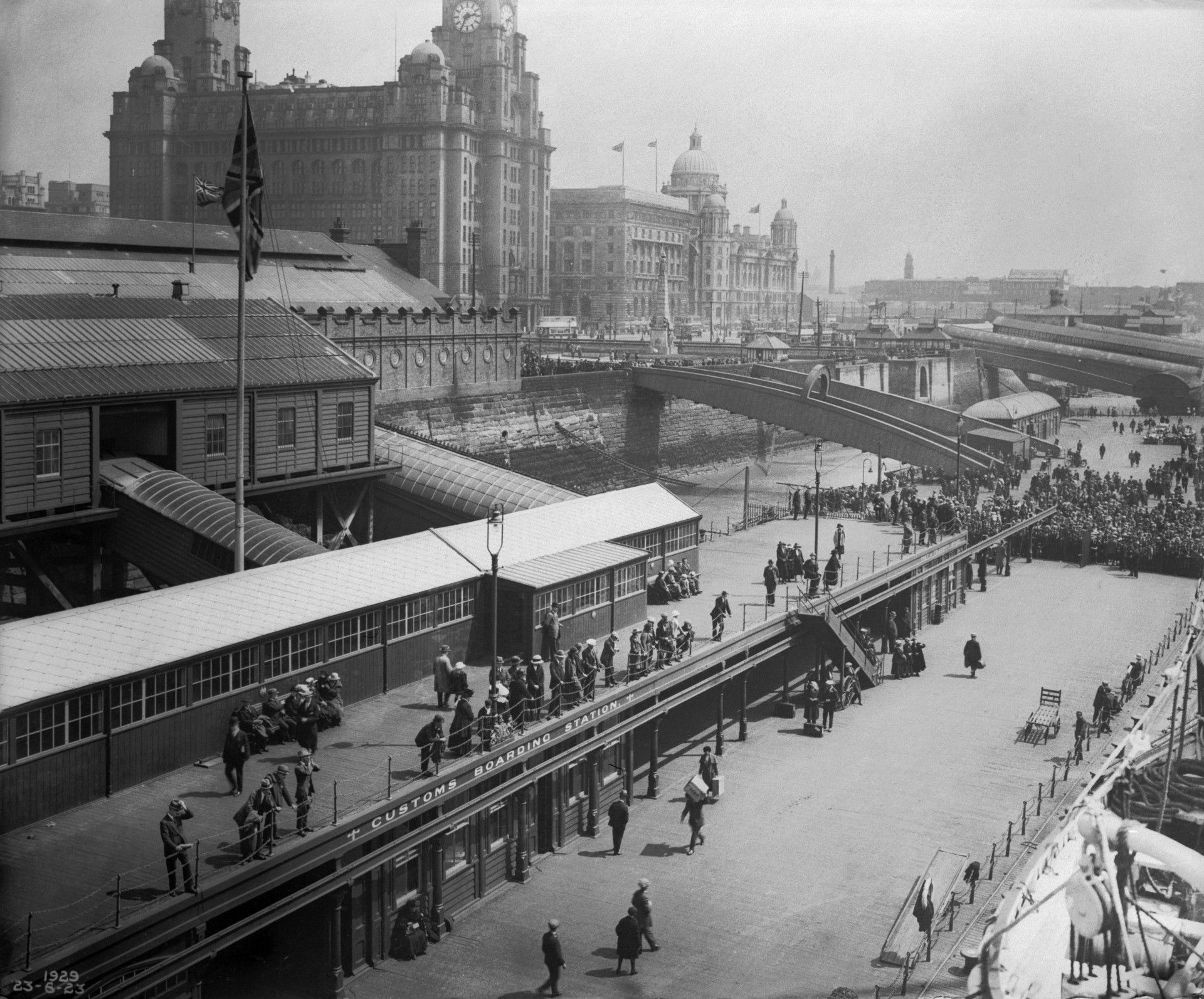 1929: The Customs Boarding Station of Liverpool Docks with the Liver Building in the background. (Photo by General Photographic Agency/Getty Images)