London’s Metropolitan Police arrested 23 Extinction Rebellion (XR) activists, after the climate change alarmist group targeted media organisations in London, including dumping of horse manure outside the offices of the Daily Mail on Sunday.

At around 6:40 am on Sunday morning, a group of Extinction Rebellion radicals made a “surprise” visit to the Daily Mail newspaper’s headquarters in London, scaling the building’s scaffolding, hanging banners, and dumping seven tonnes of horse manure in front of the building.

The Met said that they arrested five people for alleged violations of Section 148 of the Highways Act, with four also being arrested on suspicion of causing criminal damage.

A sixth man was arrested before he was able to dump more horse manure outside “a commercial premises in Buckingham Palace Road, Victoria.”

“Had he succeeded, it would have caused disruption to employees and members of the public. Proactive police intervention prevented him from dumping the manure,” the police force said. 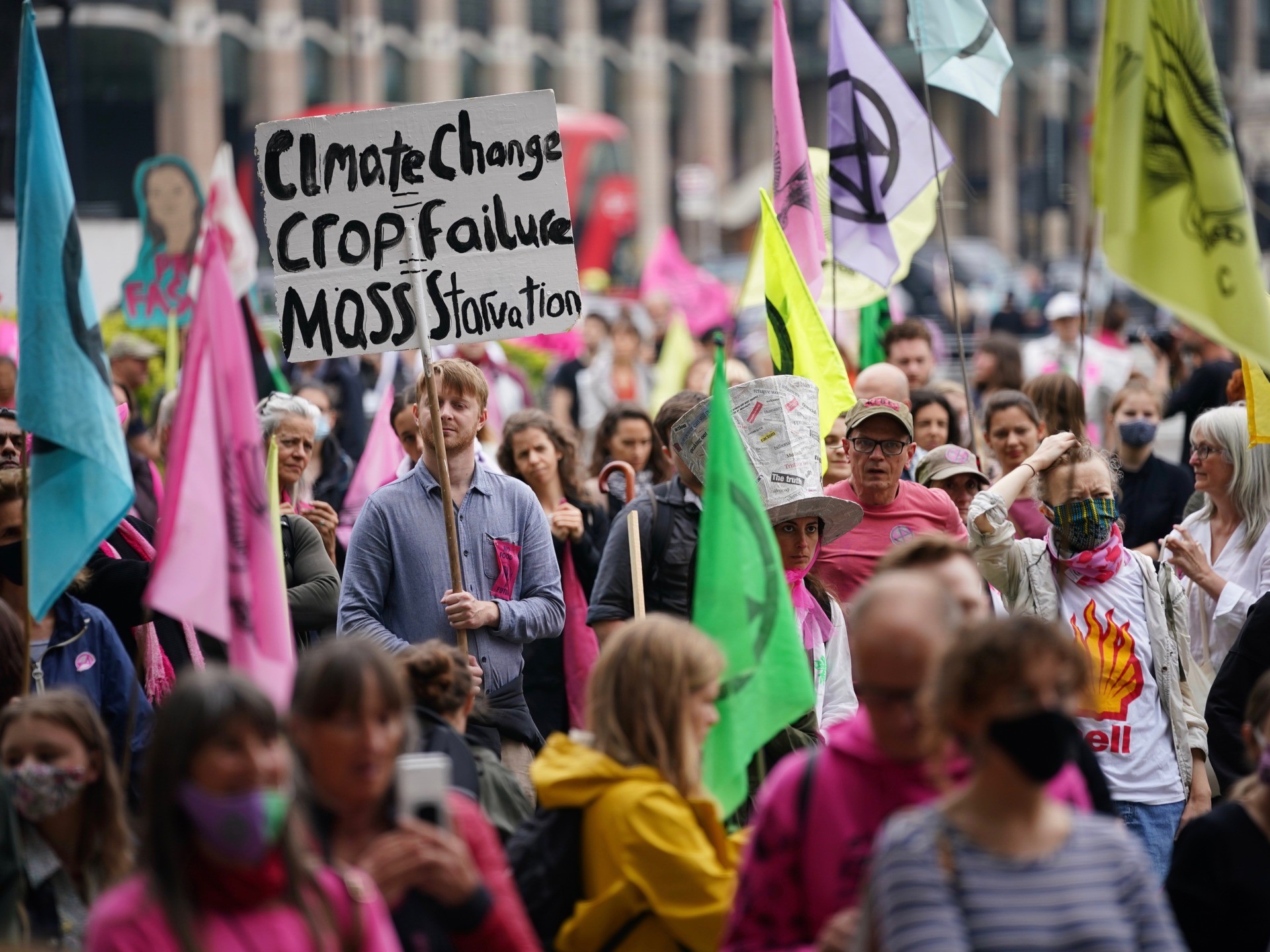 At 8 pm, the Metropolitan Police Events social media account revealed that 23 activists in total were arrested through the course of the protest.

Extinction Rebellion said in a statement that their day of “action” was intended to send “a message to the 4 billionaire owners of 68% of the UK’s print media – Rupert Murdoch, Lord Rothermere, Sir Frederik Barclay and Baron Evegeny Lebedev – to ‘cut the buillsh*t!’, demanding an end to media corruption that suppresses the truth from the public for profit.” 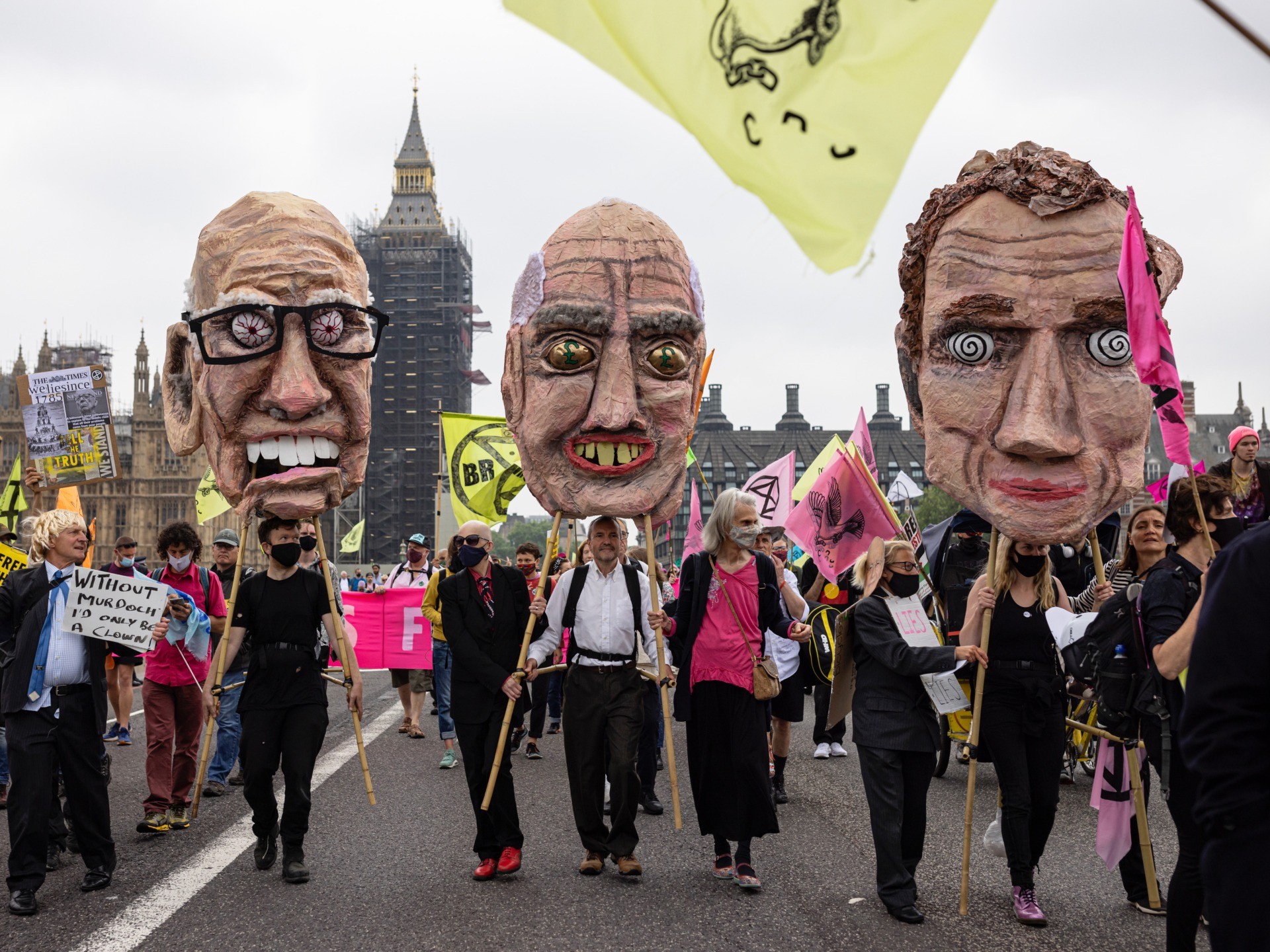 Gully Bujak of Extinction Rebellion, said: “For the British public, who’ve seen the criminal behaviour of this government and their ‘cronies’ throughout the pandemic, the conclusion must surely be clear: the arenas of power in this country are rotten, and where the billionaire-owned press is concerned – corruption is the business model.

“It’s time they cut the crap and stop acting as though they are providing a noble service to the public, while greenwashing the climate crisis and stoking the culture war to divide people.

“The need for a truly free press in Britain has never been more evident or urgent than it is today. Until the press is free, and those in power truly accountable, we cannot consider ourselves to live in a democracy, and without a functioning democracy, we cannot hope to survive the multiple and devastating crises heading our way.” 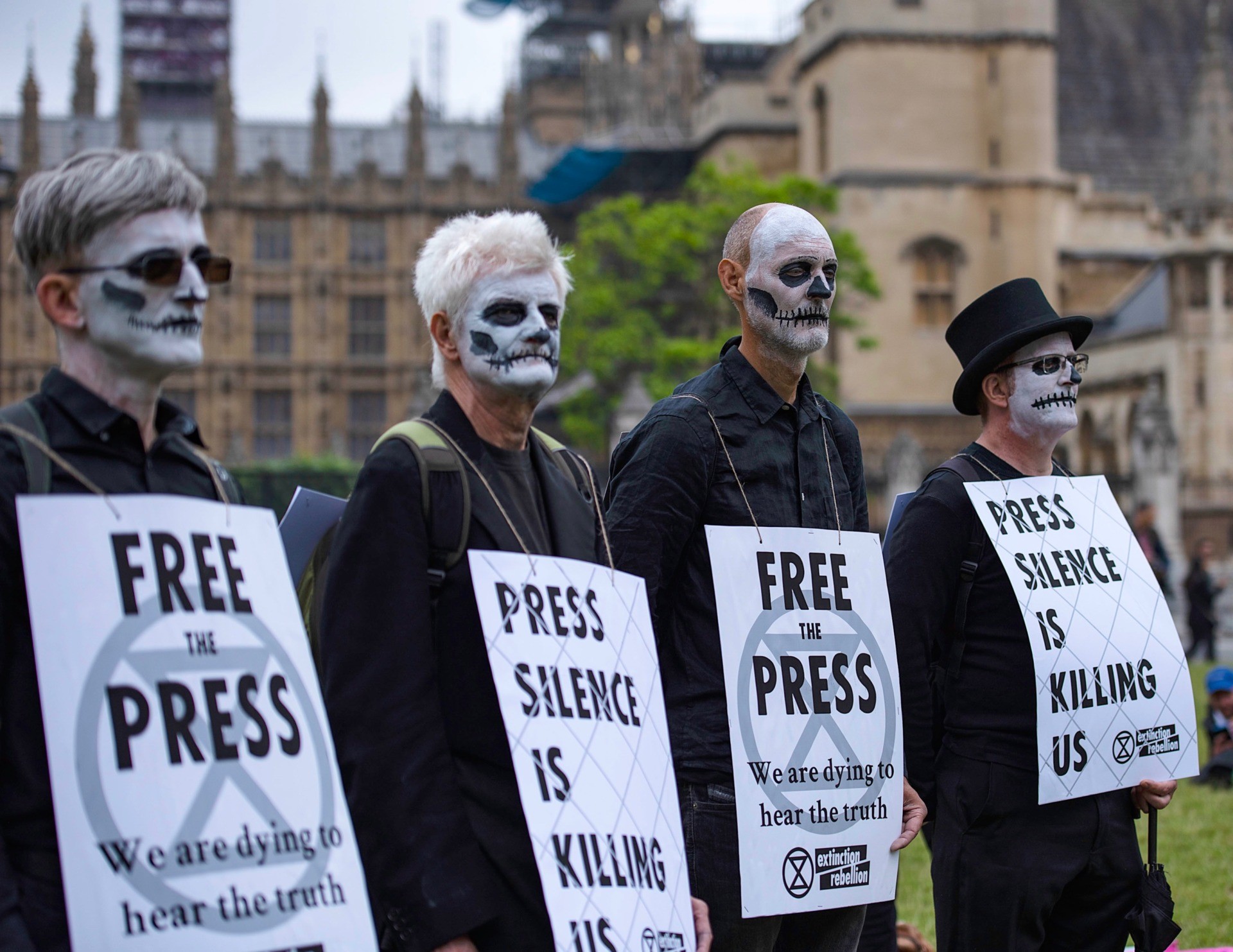 In September, Extinction Rebellion also targeted the mainstream media in Britain thorough blocking the entrance to two British printing plants, causing disruption to the distribution of the Rupert Murdoch-owned papers The Sun and The Times, as well as the Daily Telegraph, the Daily Mail and the Financial Times.

The action has spurred on Home Secretary Priti Patel to put forward a swath of draconian restrictions on the right to protest in order to combat the likes of Extinction Rebellion and Black Lives Matter.

The UK print media is being devoured by a monster it did much to create https://t.co/G0ICvwh3UD