The Right Reverend Joanna Penberthy, Bishop of St Davids, has deleted a “personal” Twitter account which she used to abuse Conservatives and Brexit supporters.

Penberthy, the first female bishop in the Church in Wales — an Anglican church closely related to the Church of England, of which it was formerly a part and in which she was a clergywoman earlier in her career — wrote “Never never never trust a Tory” on Twitter while quoting another user who alleged that Britain’s governing party has been “scheming to abolish the Welsh Assembly since its inception.”

The Welsh Assembly, or  Senedd, is roughly equivalent to a U.S. state legislature.

The pseudonymous Archbishop Cranmer, a long-established and widely read British Anglican blogger, highlighted many other less than charitable statements on the bishop’s personal account, the username of which was festooned with such slogans as WeAreRemain, #GTTO, for Get The Tories Out, and #FBPE, for Follow Back Pro EU — the indicator of a particularly rabid brand of fanatical EU loyalism denounced in even the leftist Guardian as “loud, obsessive, tribal, confrontational” and a “sect”.

Indeed, Penberthy railed against Brexit as a “collective act of political and economic xenophobic madness”, and voiced her agreement with a Twitter user who said Britain was “well on the way to becoming a lawless rogue State” in the same category as, say, Belarus or North Korea.

“How can any one [sic] with any moral fibre stand as a Tory candidate?” she demanded in 2019.

“A very sad indictment of the British electorate that so many still want to vote Tory,” she lamented in 2020, as polls should the right-leaning party still far ahead of Labour — she had backed the atheist hard-leftist Jeremy Corbyn for Prime Minister openly — and other opposition parties.

Even former Tory voters were not spared from the cleric’s ire: “That you ever supported the Tories says everything we need to know about you,” she said to one Twitter user who said they had previously backed the party but had since repented.

“This is really quite odd from someone who once ministered in the Church of England, and whose husband is still an Anglican priest. What on earth happened to loving your neighbour?” asked Cranmer.

Rank-and-file members of the Church of England generally trend towards Conservative and voted heavily for Brexit despite its clergy’s highly partisan political campaigning on behalf of the European Union, according to polls.

Penberthy was originally pulled up for the “Never never never trust a Tory” tweet by Calvin Robinson, a conservative campaigner and Christian, who simply quote tweeted her with the words “The Right Reverend Jo Penberthy, Bishop of St David’s”, allowing her sentiments to speak for themselves.

“This is as I state on my home page my personal view,” she shot back, with no hint of an apology.

“I do not make political statements on behalf of the Church in Wales or the Diocese of St David’s,” she added, giving every indication that she saw no issue with her online behaviour.

As it became clear that something of a scandal was brewing, however, there was a shift in tone, with the bishop announcing that her personal account would be deleted.

“On March 25th 2021 I put out a private tweet about Conservative Party supporters which has caused offence and for which I sincerely apologise,” she claimed in an official statement — somewhat disingenuously, as her tweet was a public bulletin on an open social media platform, and in no sense “private”.

“I, of course, trust and have trusted many Conservatives and know there are many honourable people in that party,” she added — contradicting the sentiments expressed in the many disparaging tweets she shared besides the “Never never never trust a Tory” one on March 25th.

“While I hold strong political views, I have expressed them on Twitter in a way which was both irresponsible and disrespectful and I deeply regret this,” she claimed.

A spokesman for the Church in Wales as an institution said that it did not “support intemperate claims or poorly informed commentary and we urge all clergy to recognise that, as public office holders, there should be no expectation that personal views will be regarded as private.”

The Rt Rev'd @jo_penberthy, Bishop of St David's @ChurchinWales, believes she can say one thing on her 'private' Twitter, and another in her pulpit.

How many Conservatives are in her flock?

While she smiles at your confirmations, weddings, funerals, know that you are despised. pic.twitter.com/LRhHh67Vhk

Many critics of Penberthy on social media questioned the depth of her faith in light of her Twitter tirades, with sentiments such as “You’re no Christian, bishop” and “It’s not a calling, it’s a career. She’s not a Christian” being common.

Interestingly, images from Penberthy’s consecration as a bishop in 2017 show that another clergywoman whose belief has been questioned was in attendance, namely Eva Brunne of Stockholm, the world’s first openly lesbian bishop.

Brunne, of the Church of Sweden, proposed pulling down Christian crosses from a church in her diocese in 2015 and adding markings to them indicating the direction of Mecca in Saudi Arabia, in order to carve out spaces that could be used by Muslim worshippers.

In 2019, Brunne went so far as to claim that she had “more in common with Muslims, those I meet, than with the right-wing Christians” at times. 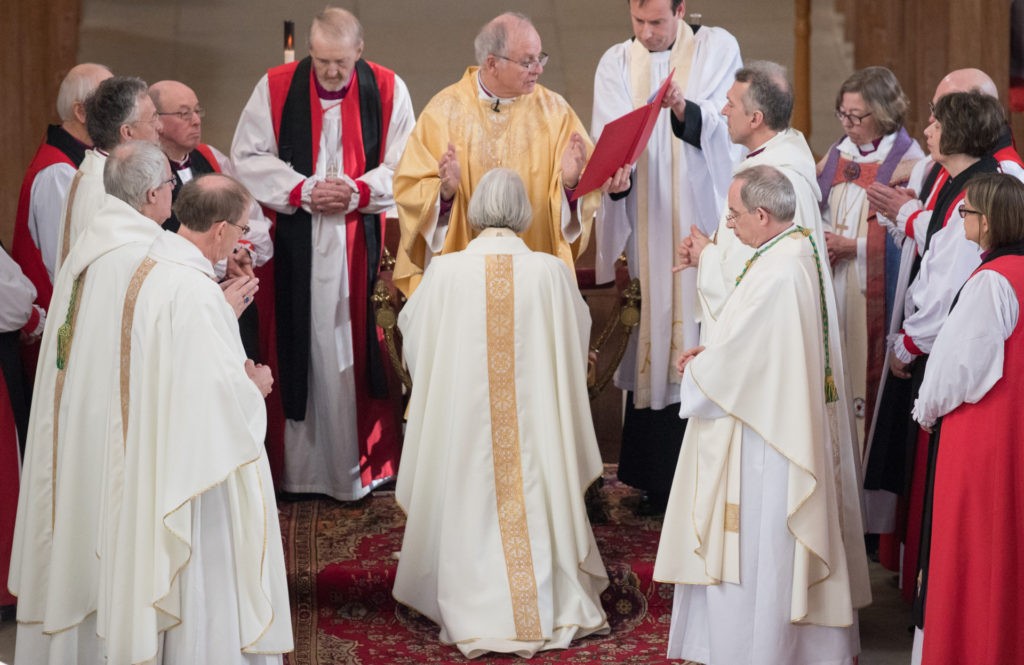 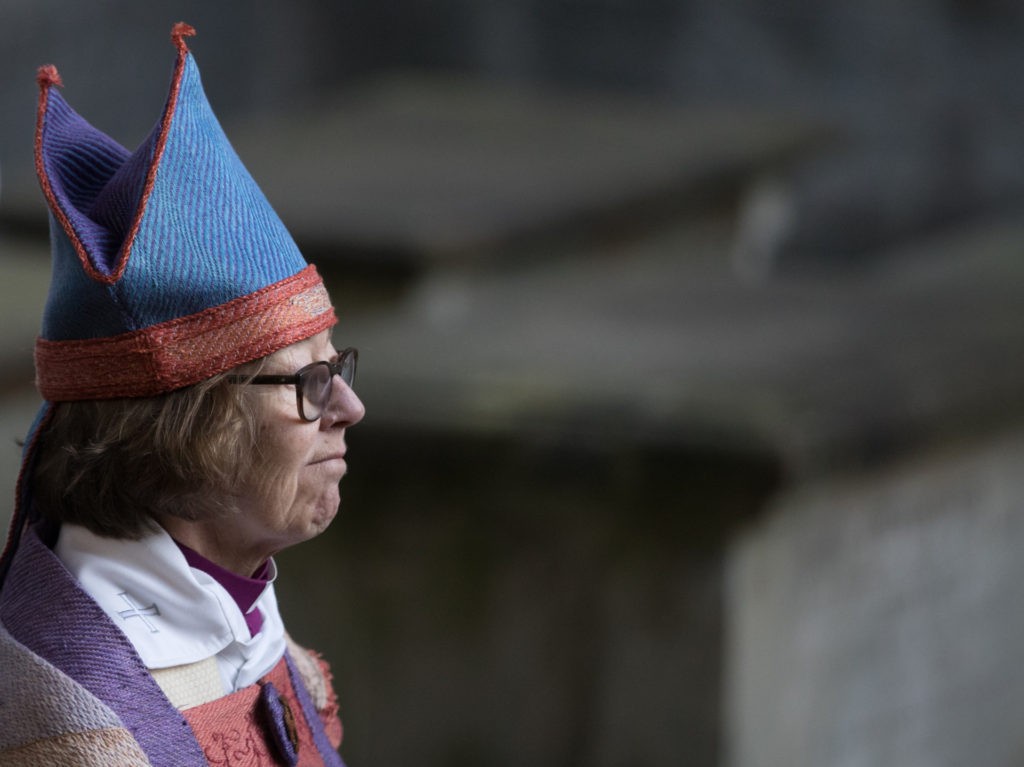 CARDIFF, WALES – JANUARY 21: A procession of civic leaders, dignitaries and members of the clergy arrive for the consecration of the Reverend Canon Joanna Penberthy as Bishop of St Davids at Llandaff Cathedral on January 21, 2017 in Cardiff, Wales. The 56-year-old is the first of woman Bishop to be consecrated by the Church of Wales. She was elected to the position by members of the Electoral College in November. (Photo by Matt Cardy/Getty Images)