Mr Bernier, who leads the People’s Party of Canada (PPC) and formerly served as a government minister in a previous Conservative Party (CPC) government, spoke to thousands of anti-lockdown protestors at a rally in Queen’s Park in Toronto on Saturday afternoon. 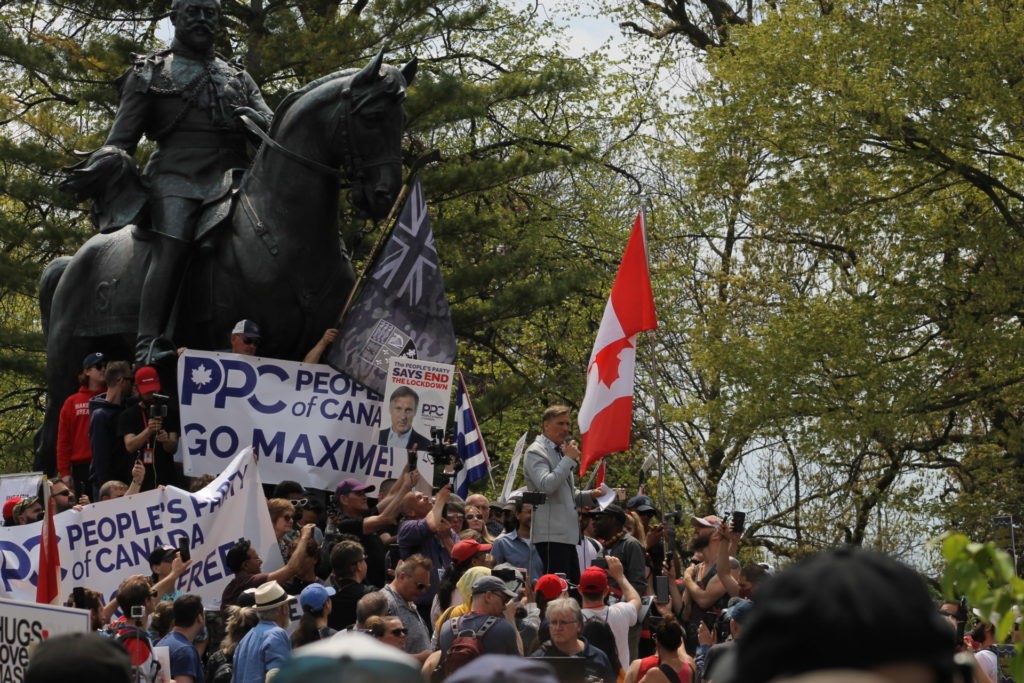 “First of all, I’m inviting them right now to come to these rallies and they’re going to see that it’s ordinary Canadians that are fighting to gain back their freedoms,” Bernier said, adding that the comments were just meant to discredit those concerned about the lockdowns.

He went on to state that those making the allegations did not want to have a debate on the lockdowns or on the science behind them.

At least 5,000 people attended the anti-lockdown protests, which started in Queen’s Park, the home of the Ontario legislature, according to a report from the CBC. 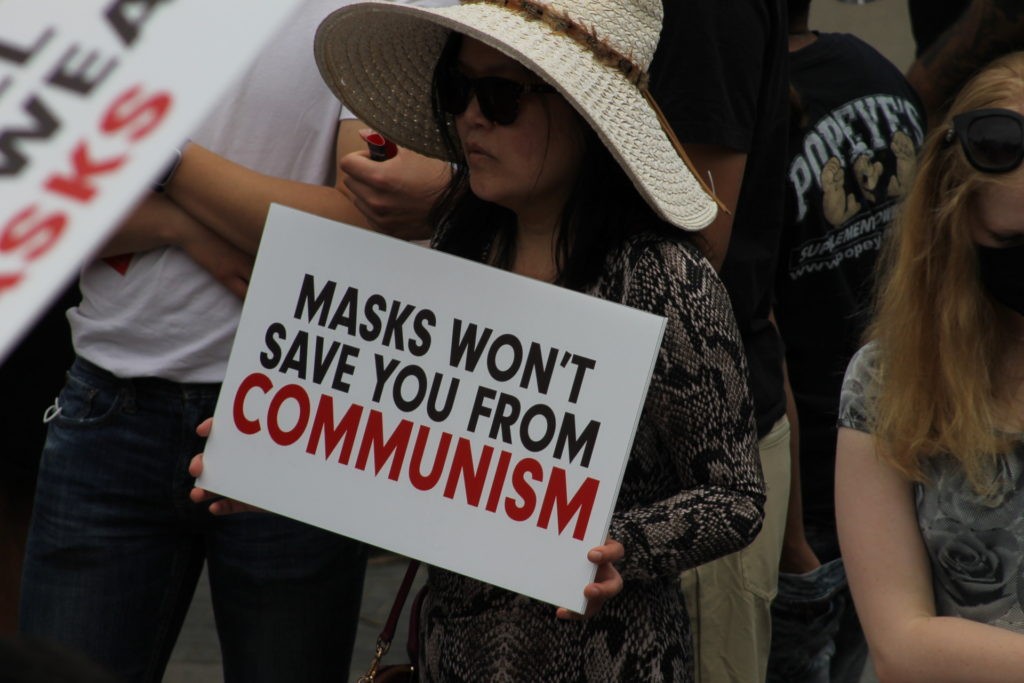 An anti-lockdown protestor holds a sign at a rally against Wuhan coronavirus lockdowns in Toronto, Ontario. (Photo: Chris Tomlinson/Breitbart London)

The lockdown protest was a largely peaceful event, with just one person being arrested, a 24-year-old charged with two counts of assaulting a police officer and a mischief charge.

Following a speech by Mr Bernier, the protestors marched from Queen’s Park and down Toronto’s Yonge Street accompanied by police.

The anti-lockdown protest is believed to have been the largest seen in Toronto since the start of the Wuhan virus pandemic, and came just days after Ontario Progressive Conservative Premier Doug Ford extended the province-wide stay-at-home order to June 2nd. 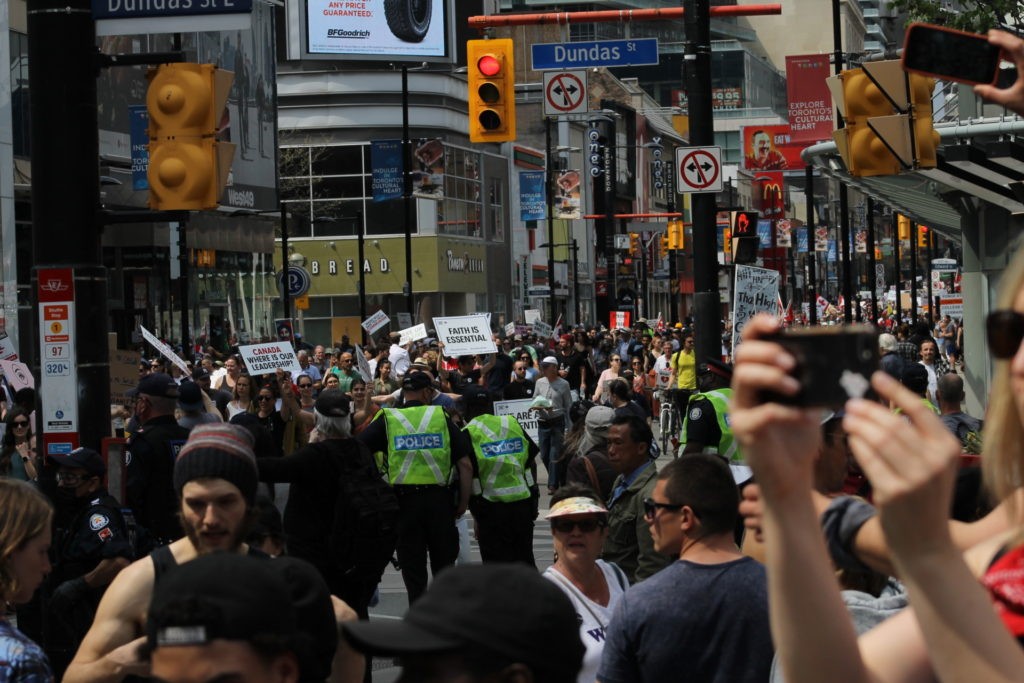 The entire province of Ontario has been under a stay-at-home order since April, but some form of strict lockdowns have been in effect for most of the province since late December, with Toronto enduring lockdown restrictions since November of last year.

A report published by Bloomberg last month noted that Toronto has had one of the longest lockdowns in all of North America, with indoor dining closed for more than six months. 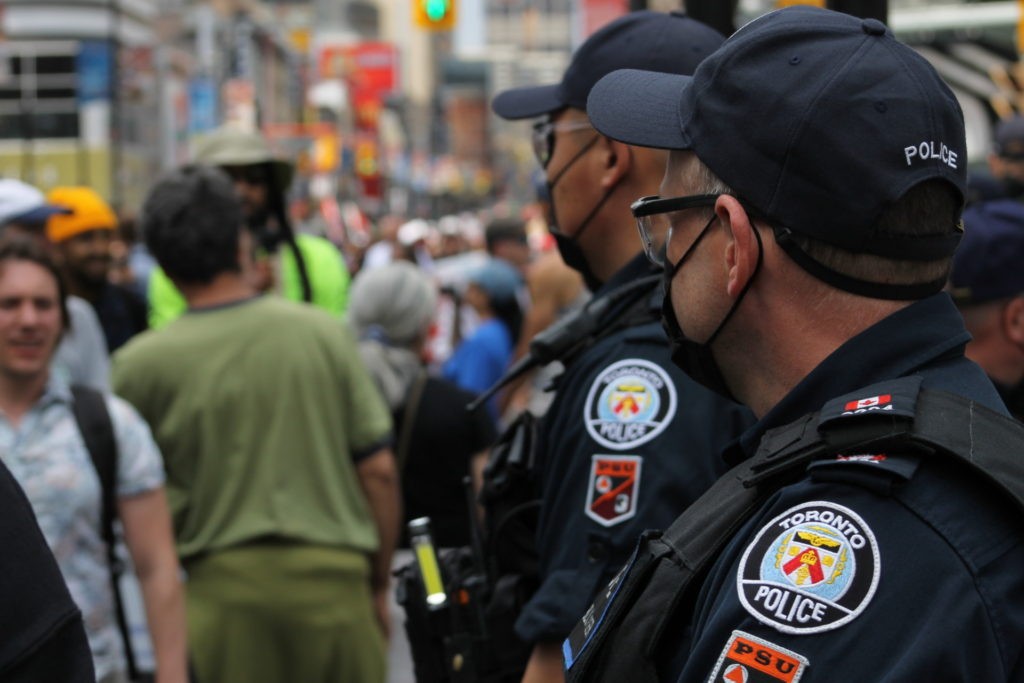 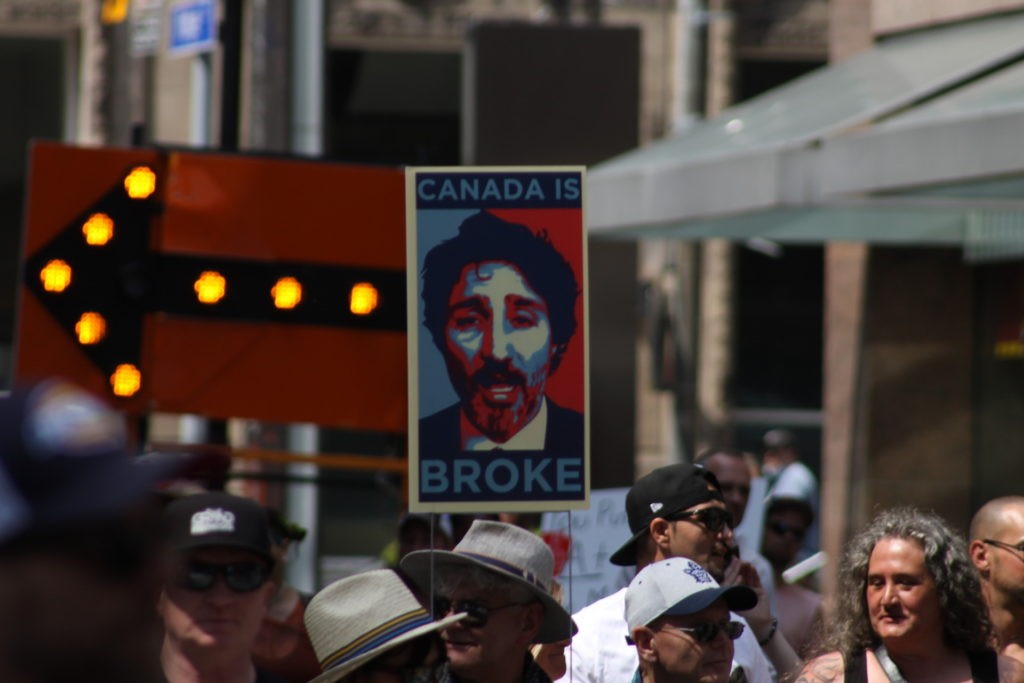