Police in Wales sent home a couple for attempting to travel to Mount Snowdon to see the sunrise on Christmas Day for allegedly breaching the country’s coronavirus restrictions.

The couple, who reportedly travelled from a Tier 3 restricted area in order to share a romantic Christmas outing, are facing a court summons or paying a fixed penalty notice under the coronavirus laws.

In a statement, the North Wales Police Conwy Valley said: “This morning PC3168 Coburn based at Llanrwst Police Station stopped a car on the A5 between Betws-Y-Coed and Capel Curig and found the two occupants were from a tier 3 area of the UK.”

“They informed the officer they had travelled to North Wales to climb Snowdon to see the sunrise. They were advised accordingly to return home after being reported for summons by the officers for breaching Coronavirus Wales Legislation,” the statement concluded.

Wales has seen some of the most restrictive coronavirus regulations throughout the United Kingdom, banning pubs from selling alcohol, forcing supermarkets to block off ‘non-essential’ items from customers, and even barring children from trick-or-treating on Halloween. 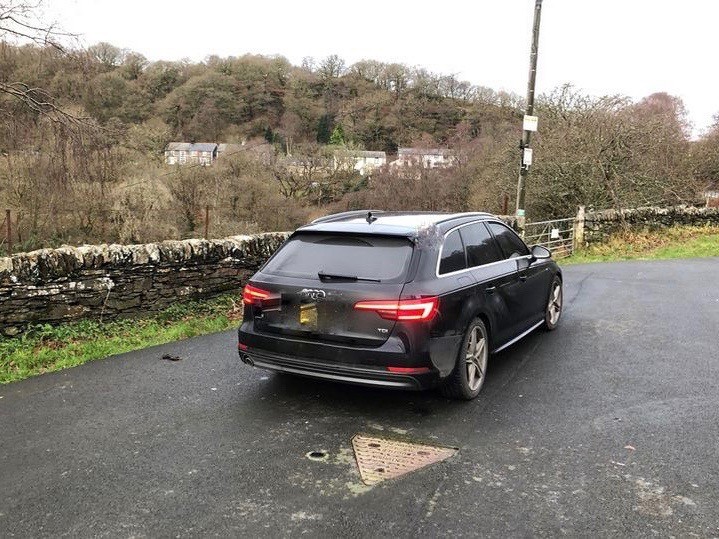 Under the special guidance given for Christmas Day in Wales, only those travelling to meet their ‘bubble’ of family relations were permitted to enter into the country, and even still they would be required to immediately return home on the same day.

Travel for anything but essential reasons has also been banned in Wales, including driving to visit beauty spots such as Snowdon mountain.

Ahead of the holiday, police announced that they would be performing spot checks on cars to determine whether or not they were following the restrictions.

The actions of the police were met with derision from people on social media.

One user remarked: “If they stayed in their car and didn’t meet or interact with anyone then what is the harm in that? The government is allowing people to fly in from other countries and spread the virus but people in our own country can’t go anywhere? It’s a draconian affair.”

Another joked: “God forbid they come within 6ft of a couple of sheep.”

‘This Is What a Police State Looks Like’: 2020 Britain’s COVID Cops https://t.co/Z2erQHDHxW