Scottish First Minister Nicola Sturgeon shut down travel from other countries in the United Kingdom on Friday, as much of the country is placed under draconian lockdown measures to supposedly stem the spread of the Chinese coronavirus.

From 6 p.m. on Friday, the Scottish government — roughly equivalent to a U.S. state government — banned Scots from travelling to England, Wales, and Northern Ireland. People from the rest of the UK are also banned from entering Scotland, with the government imposing £60 fines for those found to have crossed the border illegally.

On Thursday, the Scottish Parliament voted by a margin of 99 to 23 to back the restrictions. Under the lockdown, all non-essential businesses, including pubs, restaurants, shops, cafes, swimming pools, gyms, and tourist locations, will be shuttered until at least December 11th.

“It is these travel restrictions that mean that even although the central belt has to be in Level Four, we can avoid the Highlands or Edinburgh or parts of the country with lower prevalence being in Level Four too,” she said.

The leader of the left-separatist Scottish National Party (SNP) added that she hopes that the country will return to some sort of normality by the spring, with the government expecting to vaccinate some one million people by the end of January.

“We do now see a possible end in sight and I think it’s really important that we don’t forget that,” Sturgeon said.

The restrictions, which were announced just one day before their implementation, drew widespread criticism from across the political spectrum in Scotland.

The leader of the Scottish Labour Party, Richard Leonard, said that the travel ban was a “poorly conceived and ill-considered piece of legislation rather than the evidence-based intervention we need.”

Liberal Democrat Member of the Scottish Parliament (MSP) Mike Rumbles said that “any self-respecting lawyer would advise a client not to pay a fine” as such fines may be found to be unconstitutional.

The Conservative Party attempted to pass an amendment prior to the implementation of the lockdown that would have forced the SNP-led government to publish the scientific justifications for continued lockdown measures.

Conservative MSP Donald Cameron said: “We have not yet heard of the justification for maintaining a Level 4 lockdown for three weeks and the Scottish Government has not shared any evidence as to why that particular length of time.”

“I wonder if they would commit to that three-week time span as an absolute maximum period and enshrining that end date in law,” he went on.

According to Johns Hopkins University’s coronavirus tracker, Scotland has seen some 3,459 COVID-19 related deaths and 86,630 cases out of a population of 5.5 million. The number of hospitalizations for the coronavirus fell ahead of the lockdown to 1,212 as well as those in intensive care, which fell by three to 85. 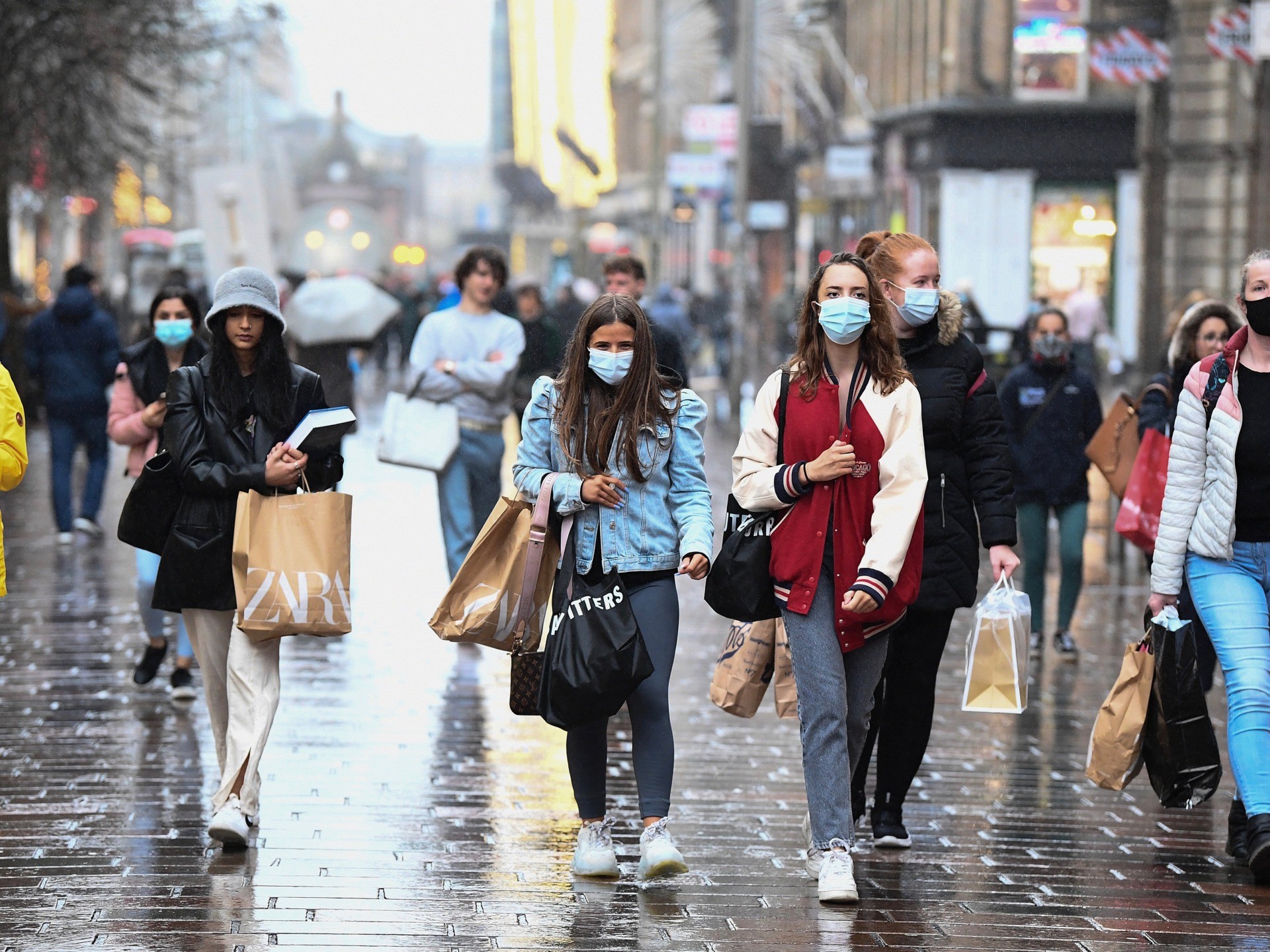 GLASGOW, SCOTLAND – NOVEMBER 20: Members of the public do some last-minute shopping before level four rules will come into force at 18:00 in 11 council areas on November 20, 2020 in Glasgow, Scotland. More than two million people in the West of Scotland are preparing to move to the country’s toughest level of coronavirus restrictions seeing the closure of shops, restaurants, pubs, hairdressers, gyms and all visitor attractions (Photo by Jeff J Mitchell/Getty Images)

Ahead of the 6 p.m. deadline on Friday, Scots rushed to shops, gyms, and hair salons, flooding onto high streets throughout in the country for a last gasp of freedom.

Scottish Labour transport spokesman Colin Smyth said: “The chaotic scenes witnessed as people took to the roads and shops before the travel ban comes into force shows how ill-conceived this legislation is: hasty legislation will lead to a hasty reaction from the public.”

A human rights lecturer at Glasgow Caledonian University, Dr Nick McKerrell, warned that while public health has been seen as a justification to curtail rights, the ambiguities of the rushed national lockdown and border closures will lead to abuses.

“What sort of drivers will be stopped under the travel ban? People driving late at night? People driving near local authority boundaries? People whose cars are registered outwith the area they are travelling in?” Dr McKerrel questioned.

“No-one knows. It is in that legal climate that abuse of human rights becomes more likely,” the professor waned.