Police barred the Christan worshipers from entering into The Angel Church in Islington, stationing officers outside the entrance as well as parking two police vans and a car outside the evangelical church.

A Met spokesman said: “Officers explained that due to Covid-19, restrictions are in place preventing gatherings and that financial penalties can be applied if they are breached.”

“The pastor agreed not to proceed with the baptism or the in-person indoor service. A brief socially-distanced outdoor gathering was held instead which was agreed to by officers as a sensible compromise in the circumstances,” the spokesman said per Sky News.

The lead pastor of the church, Regan King (pictured above), said that his decision to hold the service was for “the greater good”.

“This is an essential service that we provide,” King said, adding: “It’s about loving our neighbour, and you can talk with a number of people here who are extremely vulnerable, homeless or on the verge of being very isolated.”

“We were told not to have a baptism and police began to block people from entering the church, so we decided to make other arrangements.”

An attendant of the baptism remarked: “While the restrictions allow people to go to the supermarket to get food, I think there needs to be consideration for spiritual food as well.” 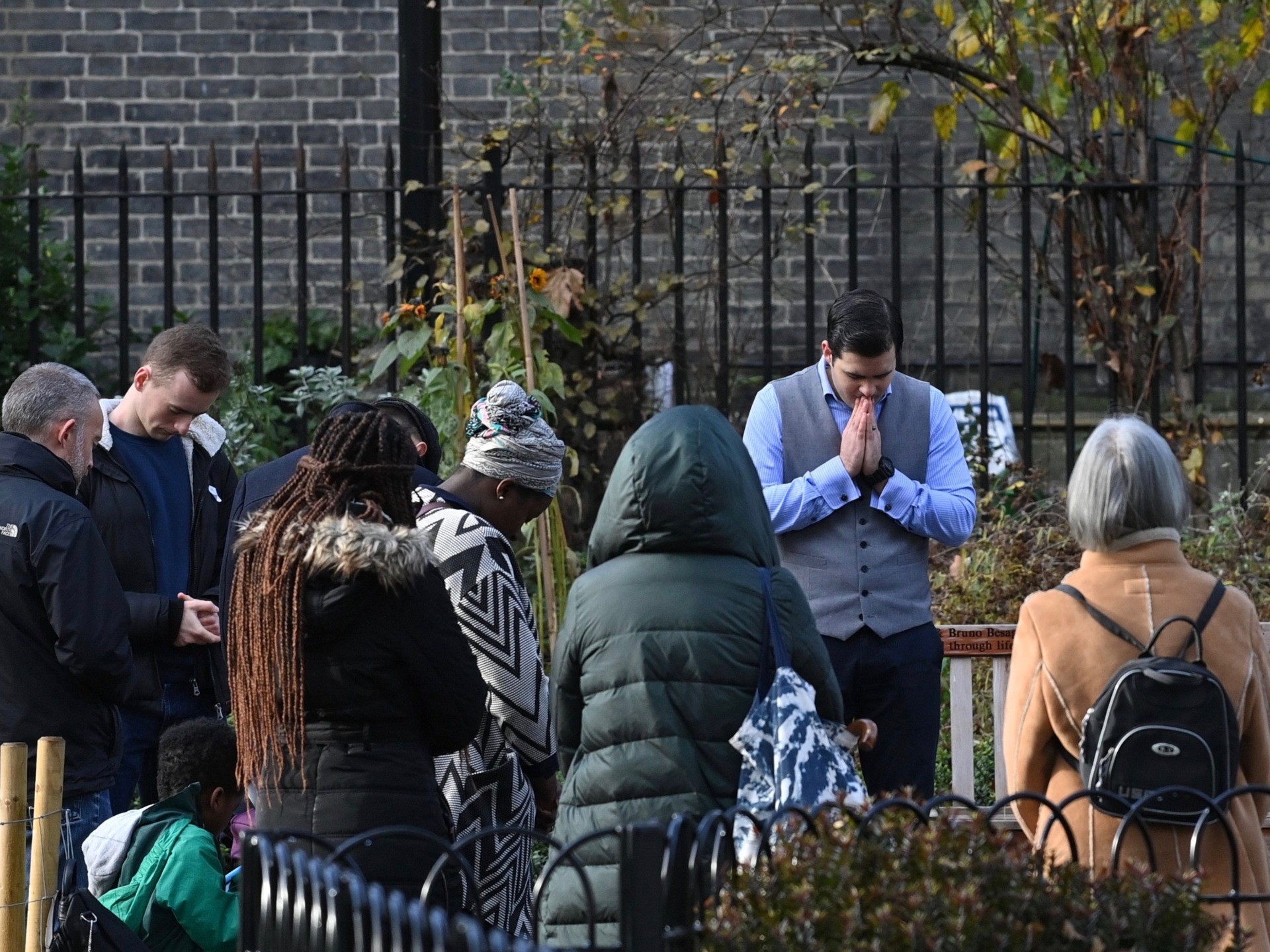 Pastor Regan King (C), of the Angel church in north London, holds a service in near-by Myddelton Square Gardens on November 15, 2020, after coming to an agreement with the police to hold the service outside. – An evangelical church is defying lockdown restrictions to combat the spread of the novel coronavirus covid-19, by holding a public service on Sunday. (Photo by JUSTIN TALLIS / AFP) (Photo by JUSTIN TALLIS/AFP via Getty Images)

On Monday, in an open letter to faith leaders in London, Commander Catherine Roper, from the Metropolitan Police Service’s Crime Prevention, Inclusion & Engagement Command called for faith communities to continue abiding by the restrictions on gatherings.

“Upsettingly, however, there have been small pockets where religious venues have breached the regulations, potentially putting people in danger of spreading the virus. This is deeply regrettable and, in the interests of public safety, we have attended those incidents and ensured that crowds are dispersed,” Roper said.

On Friday, a group of over 100 church leaders launched a legal challenge against the British government, calling for the removal of limitations on religious services. The church leaders claim that the restrictions are in violation of Article 9 of the Human Rights Act, which protects religious expression.

The group also claimed that the government has failed to provide evidence that churches or religious gatherings have been responsible for spreading the Chinese virus.

The leader of the legal challenge, Pastor Ade Omooba said: “We have been left with no alternative but to pursue a judicial review on this crucial issue and at this significant moment for the freedom to worship in church in this country.”

A former honorary chaplain to The Queen, Dr Gavin Ashenden added: “This period has been punctuated by attempts by the government to control, restrict and prohibit the actions of Christian worshippers.”

“From the assassination of the Archbishop of Canterbury in 1170 through to the execution of both Protestant and Catholic dissenters in the 16th century, Christians have fought and died for the right to worship and order their spiritual and civic affairs according to their consciences,” Ashenden said.