Police have said they expect violence and retaliation from Antifa after a massive operation involving 1,500 officers to remove extremists from a long-standing squat.

Around 57 extremists were removed from the “Liebig 34” squat in the Friedrichshain district of Berlin on Friday morning, with officials saying that only a few offered physical resistance. 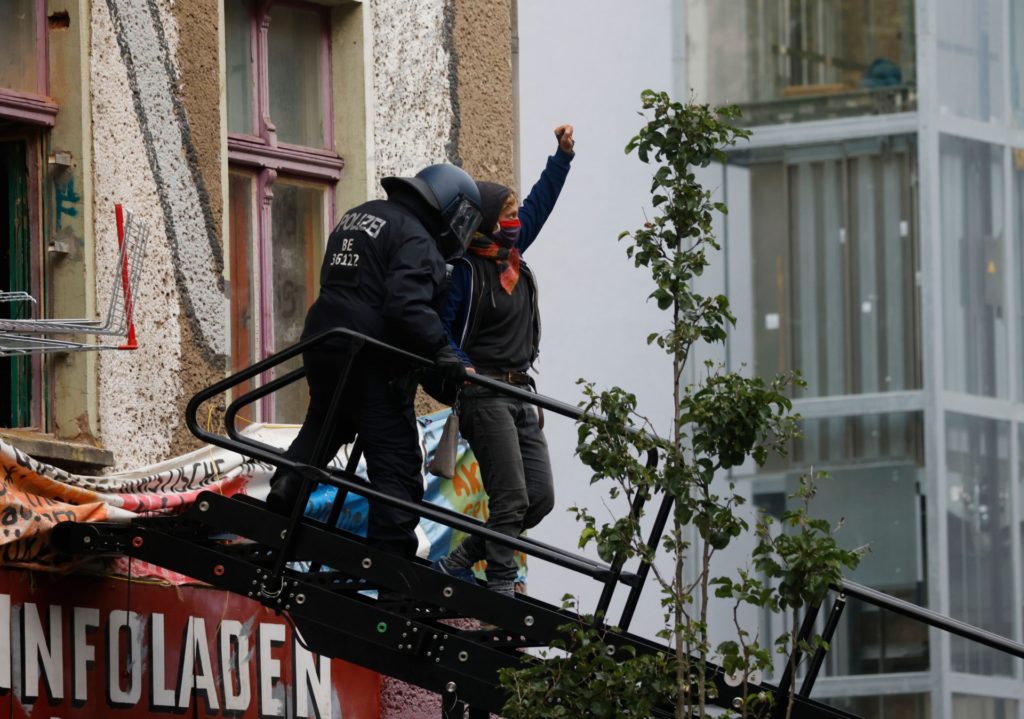 A resident clenches his fist as he is lead by police over a ladder out of the squatted building at Liebig Street 34 during the eviction of squatters in the East Berlin neighbourhood of Friedrichshain on October 9, 2020. – Liebigstrasse 34 in the German capital has been occupied since June 1990. (Photo: ODD ANDERSEN/AFP via Getty Images)

However, police also stated that they expect retaliation for the far left in the German capital in the coming days in response to the operation, Die Welt reports.

According to Die Welt, law enforcement expect attacks on police vehicles and properties as well as potential attacks on public transport infrastructure and other actions. “The aim of the actions is to put the capital in ruins,” a police source said.

1,500 officers from eight different German states took part in the operation which began at around 7 a.m. The area around the building was cordoned off and any demonstrators were dispersed from the area. Some police were attacked on nearby streets, however.

The evacuation comes two years after the “anarcho-queer-feminist” residents association living in the building had their ten-year commercial lease expire. Following a long legal battle, a court ordered that the building be given over to the owner and the squatters removed. 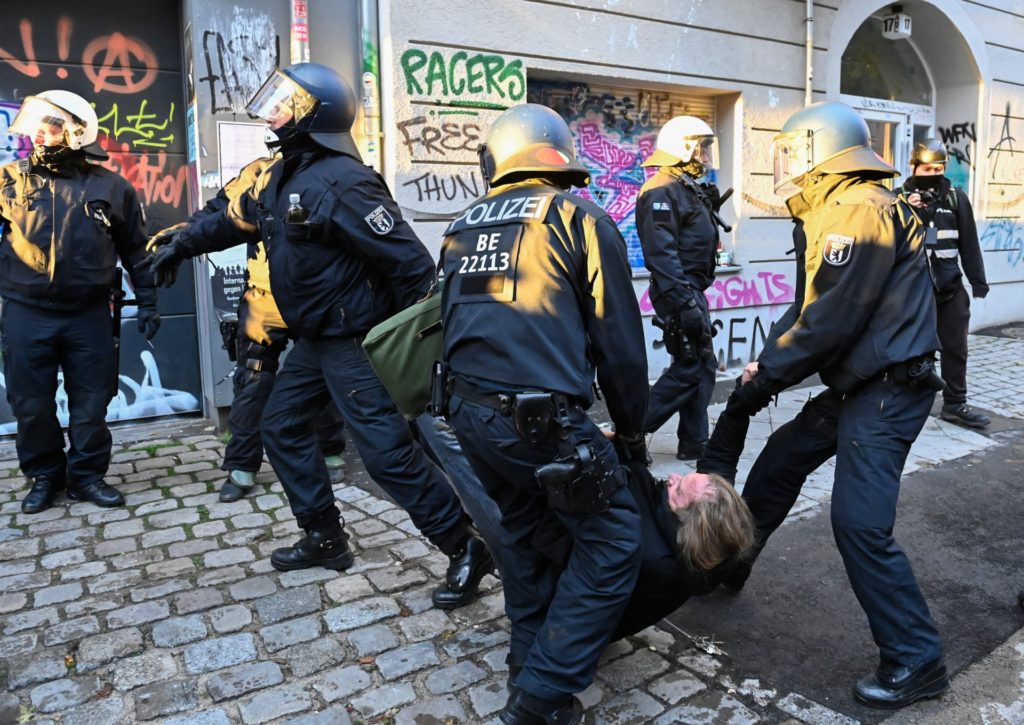 Police carry away a man during the eviction of squatters by police of the squatted building at Liebig Street 34 in the east Berlin neighbourhood of Friedrichshain on October 9, 2020. (Photo: TOBIAS SCHWARZ/AFP via Getty Images)

According to Tagesspiegel, no booby traps were found in the building, something that has been seen in prior Antifa squats. For example, in 2017 Berlin police discovered that extremists in the “Friedel 54” shop had rigged electricity to doorknobs in an attempt to electrocute officers.

Prior to a raid on the shop officers turned off all electricity to the building, which made the attempt to electrocute police unsuccessful.

Later in the day on Friday, Antifa members in Leipzig expressed solidarity with their comrades in Berlin. Leipzig has a notably violent Antifa scene which has caused millions of euros of property damage against construction companies and even attacked a construction company employee in her own home last year. 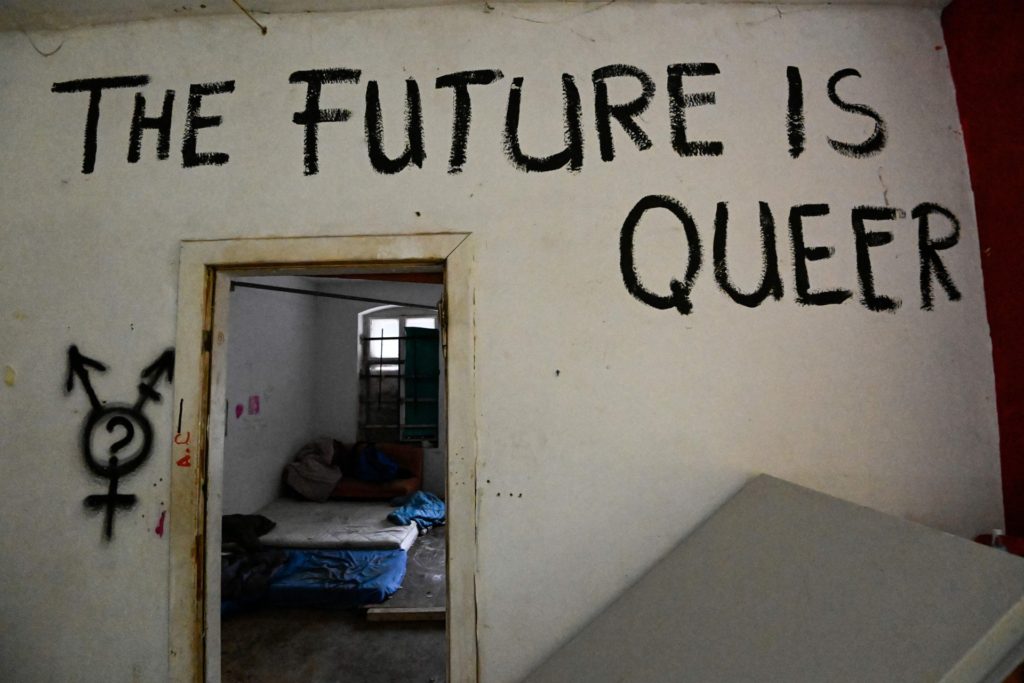 “The future is queer” is written on a wall inside the squatted building at Liebig Street 34 pictured after the eviction of squatters in the East Berlin neighbourhood of Friedrichshain on October 9, 2020. (Photo: TOBIAS SCHWARZ/AFP via Getty Images)