Only three in ten Remain voters have reached the phase “acceptance” in the five stages of Brexit grief, according to a poll by YouGov.

Comparing responses from November 2016 and January 2020, Remain voters have made little progress in accepting the democratic will of the people, according to data published on Thursday.

When asked this month, nearly one-in-five — 19 per cent — of Remainers were still in the stage of Denial, refusing to believe that people in the UK really wanted to leave the EU. Sixteen per cent are stuck in the second phase, Anger; three per cent are Bargaining, believing that Brexit “can still be averted”; a quarter are at the fourth phase, Depression; and just 30 per cent are at the Acceptance phase. 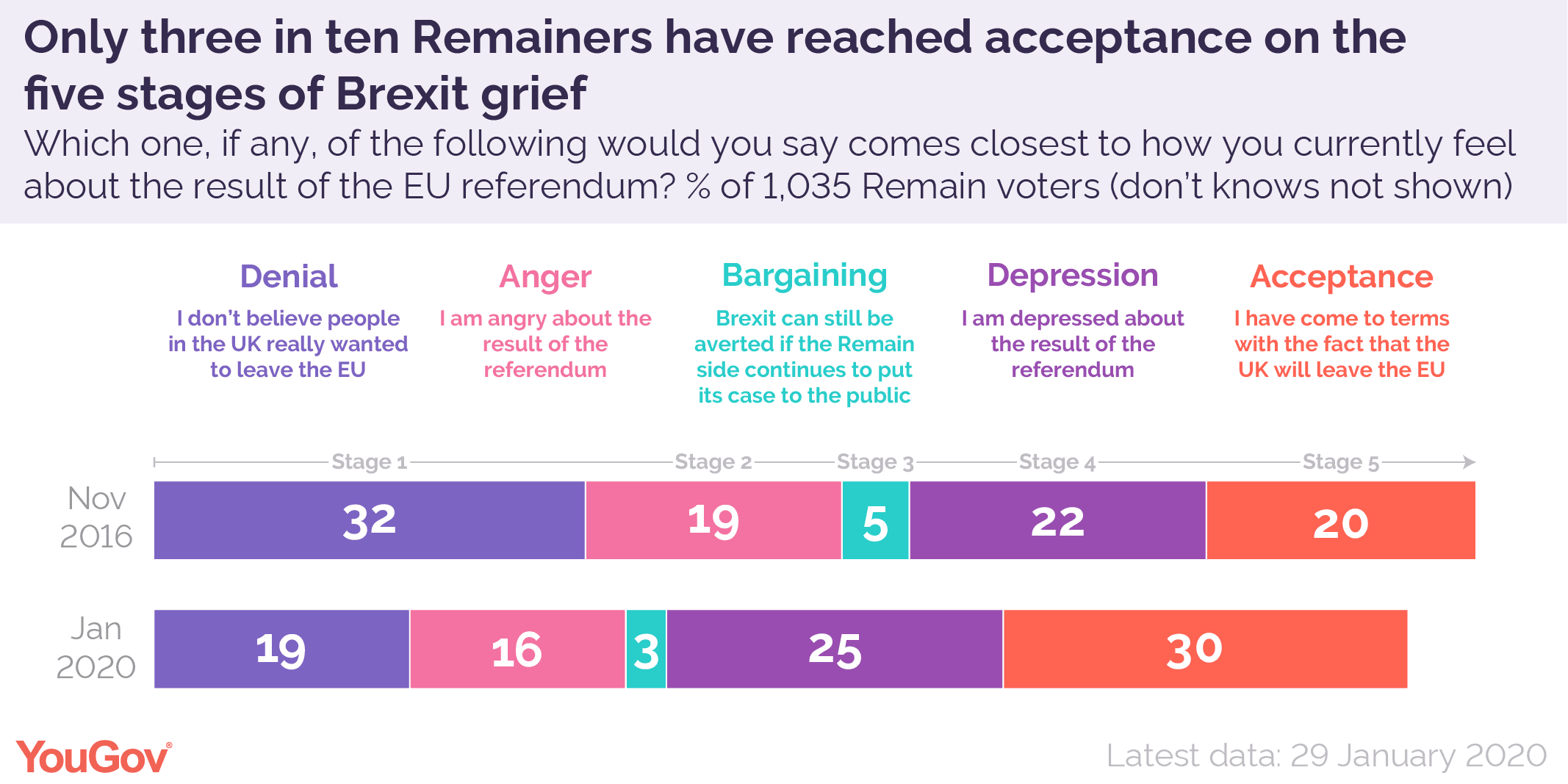 Notably, compared to more than three years ago, more Remainers are depressed. Remainers have also only moved the dial on acceptance by ten per cent in that time.

YouGov remarked on the “incredibly optimistic” three per cent of Remainer voters who occupy the third phase of Bargaining, who believe that “Brexit can be averted if the Remain side continues to put its case to the public” — two days before the UK legally leaves the EU.

Brexit Day is taking place on Friday, January 31st, 2020. Whilst the government and Brexit campaigners have planned celebratory events in the capital, London Mayor Sadiq Khan will be opening city hall for grieving “European Londoners” to access “emotional support services”.

“The event is open to anyone who wants to come together in solidarity with our European friends, neighbours, and colleagues,” City Hall said in a statement.

Meanwhile, prominent Remainers have been sad-posting on social media over the commemorative 50p coin marking the UK leaving the EU, bearing the Brexit date and the optimistic inscription: “Peace, prosperity and friendship with all nations.”

Both Labour peer Lord Adonis and Tony Blair’s former spin doctor Alastair Campbell have said they will refuse to even touch the coin, demanding change in different denominations if offered to them.