Boris Johnson’s Conservatives have said they want to “banish the shadow” of wholesale railway closures and demolitions by spending £500 million on reopening old routes, but neglected to mention it was their party which closed them in the first place. Meanwhile, the Labour Party want to blight the railway network with outright nationalisation.

The new election giveaway was announced by Transport Secretary Grant Shapps on Friday morning when he revealed the enormous impact on regional and local communities of the British government’s destructive programme of branch line railway closures in the 1950s and ’60s.

Invoking the name of the British industrialist commissioned by the government to write a report on the future of the railways — Imperial Chemical Industries chairman Dr Richard Beeching — Shapps wrote: “Let’s banish the shadow of Beeching and restore those connections that made our country great and brought our people together.” 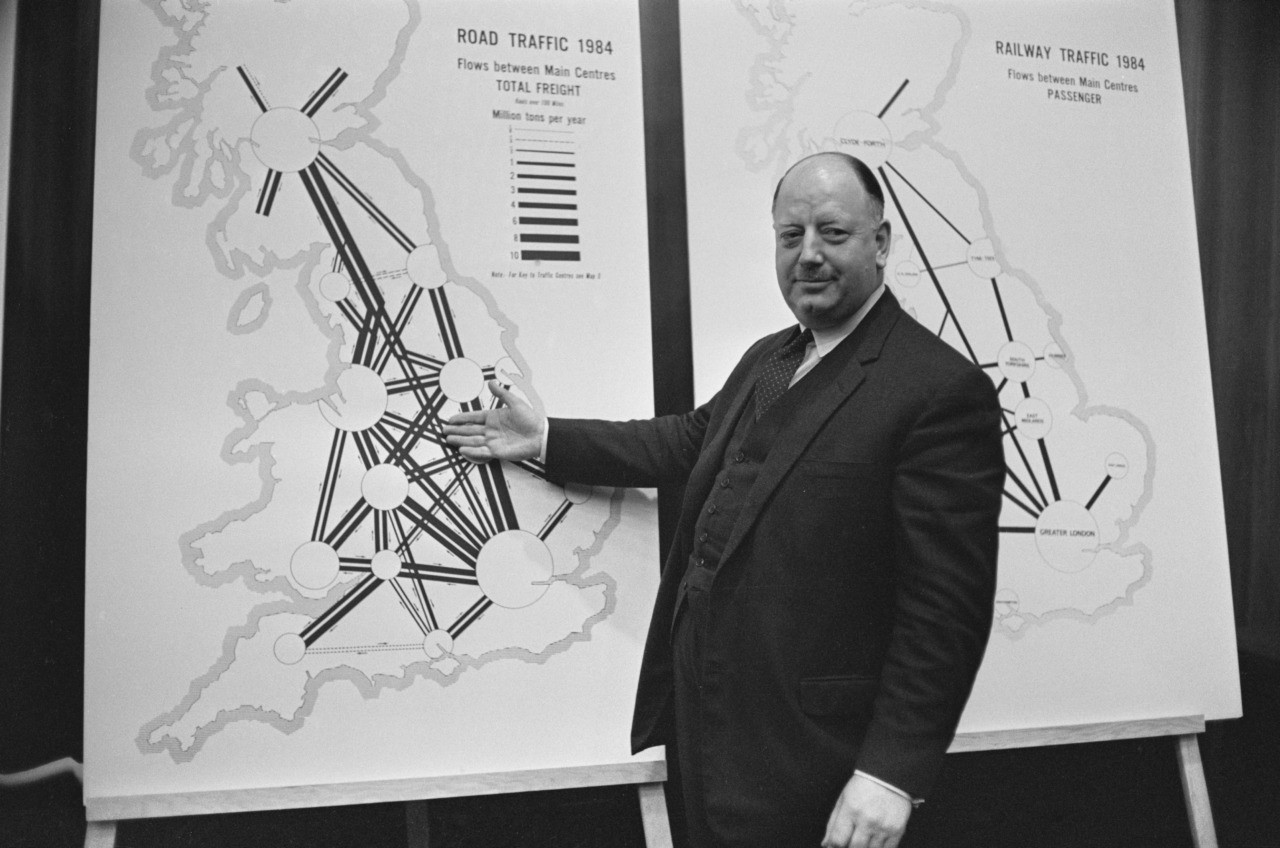 Illustrating the scale of the disaster visited upon the United Kingdom by closing the railways, Shapps said: “The fifth of the country most exposed to closures between 1950 and 1980 saw 24 per cent less population growth than the fifth least exposed.”

Yet what the Conservative minister failed to illustrate in his announcement, and what the story in the Tory-supporting Daily Telegraph published to accompany the half-billion-sterling giveaway failed to mention, is that these closures were the work of a Conservative government.

While the railway professionals who had built and run Britain’s railways as private enterprises understood that while local lines were loss-making when viewed in isolation, they fed passengers into the greater trunk routes and helped keep the railway as a whole working efficiently and profitably.

This subtlety was lost by the Conservative government of Harold Macmillan after the railways had come under increasing state control, and his administration decided it wanted to rationalise the railways — cutting the network of roots that supported the metaphorical tree.

While Dr Beeching went down in history as the name damned by association with the infamous “axe” that swung on Britain’s railways, his report was commissioned and its findings enthusiastically leapt upon by Conservative government minister Ernest Marples.

Why Marples, a self-made millionaire whose company built motorways for the government would have been so passionate about shutting down newly nationalised mass transit systems in favour of the government spending huge amounts of taxpayer’s money on building brand-new motorways, is a mystery which has been lost to history. 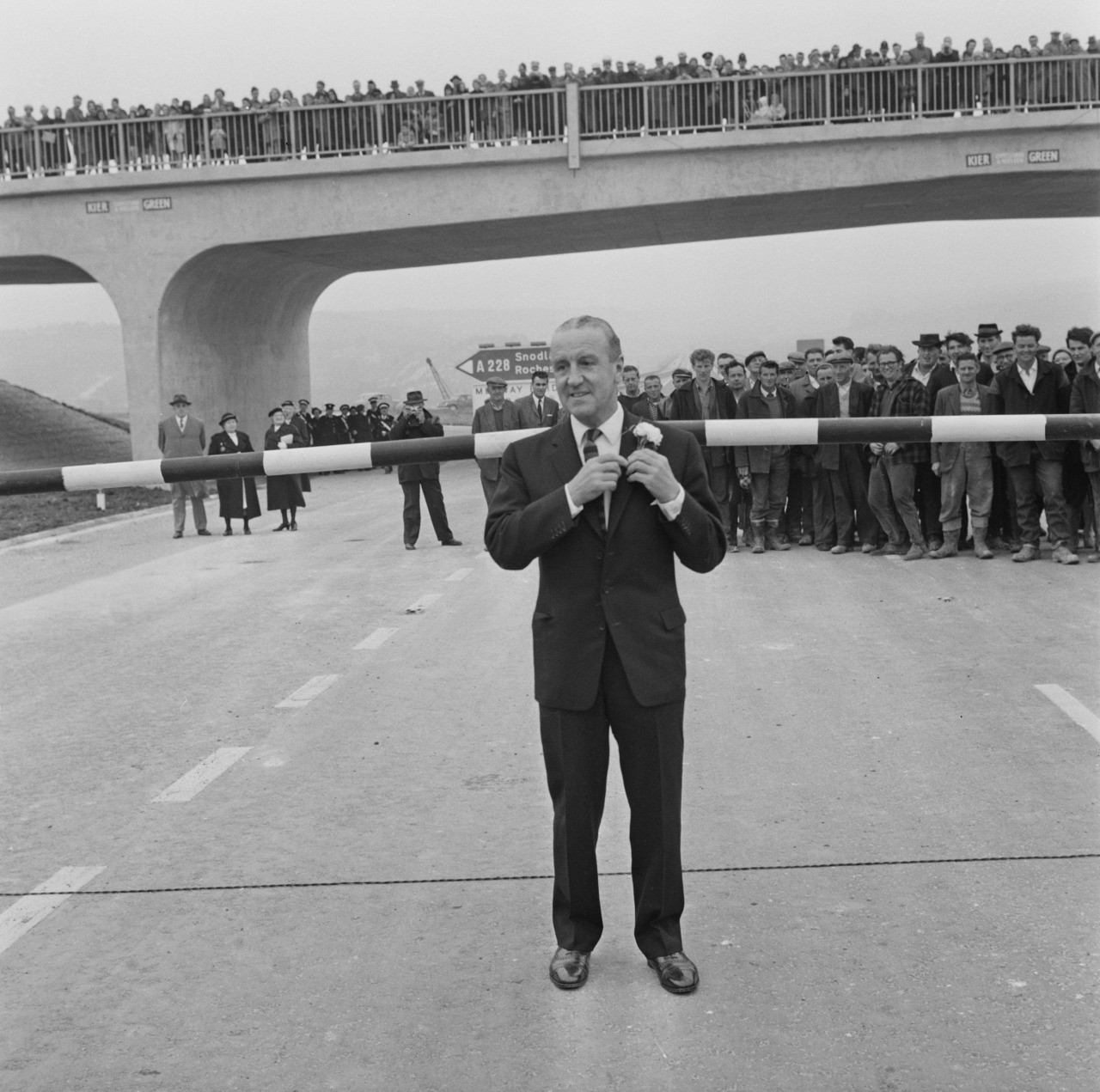 Brisitsh Conservative Party politician and Minister of Transport Ernest Marples (1907-1978) adjusts a flower in the buttonhole of his suit jacket in front of a crowd of construction workers as he prepares to open a new stretch of the M2 motorway from junction 2 at Rochester to junction 5 at Maidstone in Kent on 29th May 1963. (Photo by Topham/Daily Express/Hulton Archive/Getty Images)

While reopening historic closed lines — notably connecting towns where the Conservatives defend narrow constituency majorities — may be a vote winner, the actual execution may prove difficult. The former railway land released when old lines were shut proved extremely popular with developers. Consequently, many town-centre shopping areas, supermarkets, industrial parks, and housing estates are built on the acres of land that suddenly became available in prime locations when former railway stations and shunting yards were demolished.

Delivering convenient local rail services to areas where they are actually wanted — in town centres rather than in out of town so-called “parkway” stations which generally rely on cars or other public transport to access — could therefore make projects prohibitively expensive or politically impossible.

In the rare cases of new rail projects already embarked upon across the United Kingdom in recent decades, a mixture of disinterest from central government, massive cost overruns and delays have been common features. Turning to light rail, which generally costs significantly less per mile, could be cost-effective for connecting local communities it is not immune from the cost and time drags that impacts so many major public projects.

While the Conservatives are ignoring their own record on railways, the Labour party’s headline election promises on rail are certainly worse. The party’s hard-left leader Jeremy Corbyn is once again pushing his ambition to totally renationalise the railways. Quite apart from the enormous upfront cost, Britain’s previous experience of nationalised railways were overwhelmingly negative.

Beyond leaving the railway network under the care of the government, whose interest in actually running railways blows in the wind and in the past it at times neglected and in others actively undermined, passenger numbers were in freefall for the entire period of government intervention leading to outright nationalisation.

In a remarkable contrast that pro-nationalisation activists have yet to answer for, passenger numbers suddenly and massively surged from the moment Britain’s train operating companies were privatised in the 1990s, and continue to rise today.

A Brexit party source, for their part, noted their continued — if at times unsung — role in driving the key narratives of the election, noting that the key areas being debated this week including investing in regional railways and enhancing the nation’s broadband connectivity were party policies months ago.