A man was shot by Swedish police Monday morning, and his bags destroyed by the bomb squad after an incident at Malmo Central railway station.

Witnesses cited by Swedish media report a male who was acting “crazy” around 10:00 Monday morning shouted that he had a bomb as he repeatedly slammed his sports bag on the ground. Malmo region newspaper Sydsvenskan reports a police spokesman who said officers were “forced” to shoot the suspect, who is now being interrogated by officers in hospital. 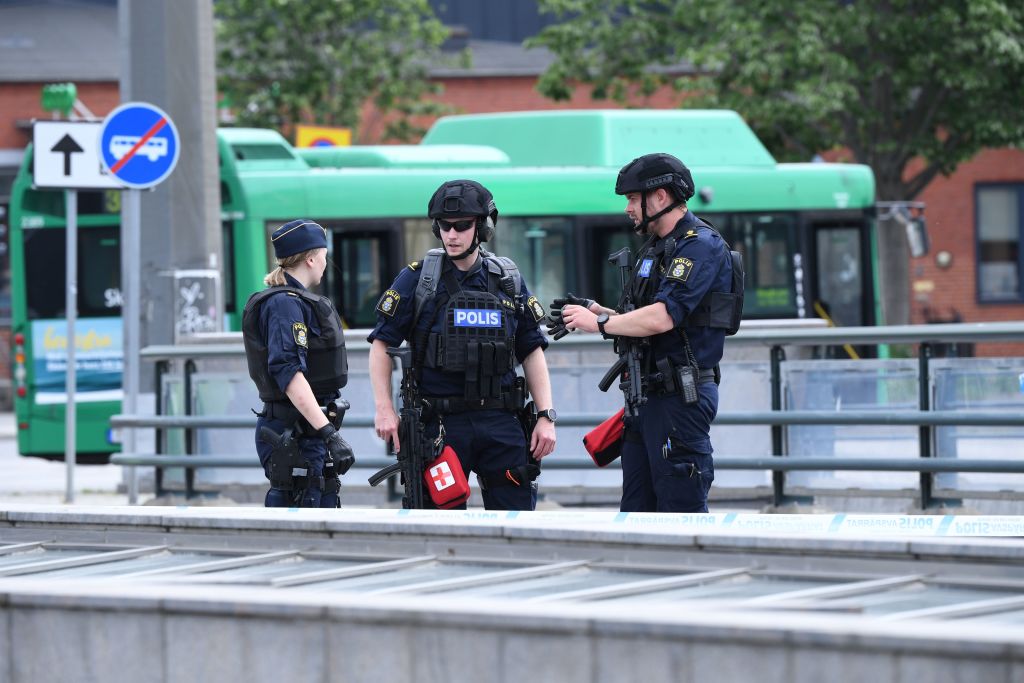 Policemen stand guard outside the central train station after a man threatened to detonate a bomb in Malmö in southern Sweden on June 10, 2019. – The station building was evacuated due to alarms about a suspected object. The man was wounded by police and his bag destroyed by deminers. (Photo by Johan NILSSON / TT NEWS AGENCY / AFP) / Sweden OUT / Getty Images)

The Swedish bomb disposal team responded to the incident and blew up at least one bag and investigated a number of others. There are now major public transport delays in Malmo and the south of Sweden, Afton Bladet reports as all trains through Malmo Central — a major interchange and transport hub which links Sweden to Western Europe — remains closed as investigations continue.

Police confirmed a 44-year-old male resident of the city of Malmo was in custody after the incident and no other suspects were being sought.

Officers were called out in the city just three hours later to the scene of a separate incident, a shooting leaving one man injured. Police said they did not believe the two incidents were related.

The incident at Malmo Central, with the presence of an alleged explosive device is remarkable for the southern Swedish city only so far as it took place in a high-profile location. Malmo has seen a disproportionately high number of explosions in recent years for a regional northern European city, many of which have been linked to criminal migrant gangs using easily imported illegal hand grenades to intimidate rivals.

A significant explosion in the southern city of Linkoping over the weekend grabbed headlines across Sweden after it injured 25. Police are investigating the blast which wrecked nearby buildings and sent debris flying, and are seeking information about a delivery box tricycle which they believe may have been connected to the explosion.

Officers said it was “absolutely incredible” that no one had been killed by the force of the blast.