President Donald Trump addressed D-Day veterans in Normandy, France on the 75th anniversary of the counter-invasion to liberate continental Europe from German occupation, telling those survivors of the landings they are “the pride of our nation… the glory of our Republic.”

The honouring of the D-Day veterans took place just yards from where over 160,000 troops came ashore on June 6th 1944, and the President was hosted by his French counterpart, Emmanuel Macron. Both made speeches and presented medals to the veterans in thanks for their service. 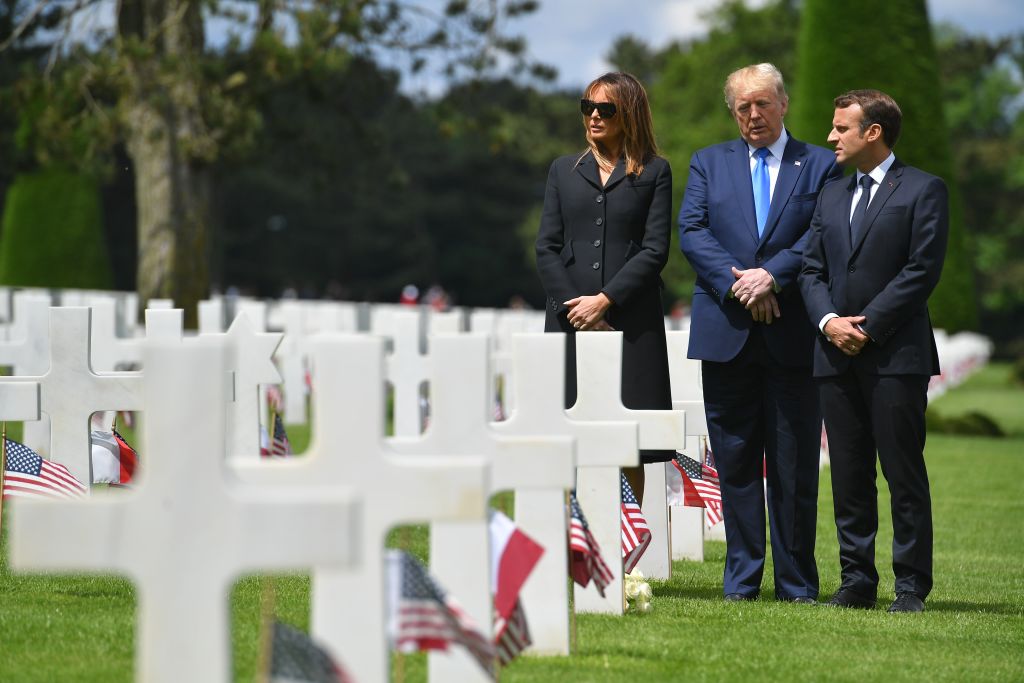 President Trump’s speech spoke of the civilisational struggle between free nations which cherish liberty and the “sinister” oppression of Nazi Germany which worked to subjugate Europe, and the exceptionalism of a United States strengthened by faith in God. In calling out the nations who sacrificed their own to preserve liberty, President Trump spoke first of the United Kingdom, where he has just enjoyed a three day full State Visit hosted by Her Majesty the Queen.

The President said: “They were the citizens of free and independent nations united by their duty to their compatriots into millions yet unborn.

“There were the British, whose nobility and fortitude saw them through the worst of Dunkirk and the London Blitz, the full violence of Nazi fury was no match for the full grandeur of British pride.”

He also hailed the “honour” of the Canadians, the members of the Polish Free Army, the “tough” Norwegians, the “intrepid” Australians, and the “gallant” and “brave” French.

D-Day in Photos: ‘The Free Men of the World Are Marching Together to Victory’ https://t.co/1CqtP3JxX3

Thanking the United States veterans present who were at the core of his speech, the President said: “They won back this ground for civilisation.

“Veterans of the Second World War who join us today, you are among the very greatest Americans who will ever live. You are the pride of our nation. You are the glory of our Republic and we thank you from the bottom of our hearts.”

The President praised the exceptional spirit of the American people when he said:

They battled not for control and domination. But for liberty, democracy and self rule. They pressed on for love, home and country, the main streets, the school yards, the churches, and neighbours, the families and communities that gave us men such as these.

They were sustained by the confidence that America can do anything. Because we are a noble nation, with a virtuous people praying to a righteous God.

The great deeds of an army came from the great depths of their love. As they confronted their faith, the Americans and the allies placed themselves into the palm of God’s hand.

After the event, President Trump was hosted at a working lunch with French President Macron. This afternoon, the President and the First Lady will fly to Ireland where they will stay before returning to the United States on Friday.