Celebrated Conservative Philosopher Sir Roger Scruton will chair the British government’s new beauty watchdog, a body which will be tasked with ensuring new buildings “meet the needs and expectations of communities” and compliment the character of local areas in future, in a serious blow for modernism and bland housing developments.

Communities Minister James Brokenshire announced the Building Better, Building Beautiful commission at the weekend, a body which will “promote better design and style of homes, villages, towns and high streets, to reflect what communities want, building on the knowledge and tradition of what they know works for their area.”

The body, which will be chaired by Scruton — an expert on the philosophy of aesthetics and a rare self-professed conservative in UK academia — is expected to produce a report, which will “advocate for beauty in the built environment” by December 2019. Because Scruton is an unapologetic social conservative the announcement has been pounced upon by the left who have demanded his removal using — as James Delingpole reports — confected outrage and “offence archaeology”.

The announcement comes as continued historic levels of migration into the United Kingdom place high levels of demand on existing housing stock, which is reported to have driven up housing prices by 20 per cent. Half of all new homes built to 2022 will be filled by immigrant families, according to the government, and 90 per cent of new households formed in the past decades were immigrants.

The demand on land, particularly in the already crowded south-east of England, to build the estimated one million homes needed for Britain’s growing population, is significant. With up to 67,000 acres of countryside set to be concreted over, resistance from groups like the Campaign for the Protection of Rural England and from local residents is high.

Construction is coming along nicely!

The reason why demand on housing in the United Kingdom is so high is one seldom if ever acknowledged by the government, which treats housebuilding and mass migration as unrelated subjects.

A notable exception was then-housing minister Dominic Raab two months before he was shuffled to the Brexit department. Raab was widely condemned for pointing out the link because the only research available or published by the government was based on old figures.

It is against this background, with the government determined to increase the supply of housing rather than moderate or control rising demand, that the new commission will work to “explore how new settlements can be developed with greater community consent.”

While it has long been understood that the ultra-modern buildings beloved by architects themselves are generally disliked by ordinary Britons who have long shown a preference for traditional style housing, developers have resisted building in traditional styles, leading to high levels of resistance to new-build developments. By encouraging new buildings to accept local customs and styles, the government hopes to encourage “community consent” and to create a new generation of housing that will be “built to last.”

As Breitbart London reported in 2016, a rare piece of research into environmental preference by the public conducted by YouGov found that 77 per cent of people when shown pictures of modern and traditional style buildings and asked which they would rather have in their neighbourhoods preferred traditional designs. Remarkably, the results showed the responses were stable across all regions, age, and income groups, showing the broad appeal of tradition.

Brokenshire explained the purpose behind the new commission when he said:

Most people agree we need to build more for future generations, but too many still feel that new homes in their local area just aren’t up to scratch. Part of making the housing market work for everyone is helping to ensure that what we build, is built to last. That it respects the integrity of our existing towns, villages and cities.

This will become increasingly important as we look to create a number of new settlements across the country and invest in the infrastructure and technology they will need to be thriving and successful places.

This commission will kick start a debate about the importance of design and style, helping develop practical ways of ensuring new developments gain the consent of communities, helping grow a sense of place, not undermine it. This will help deliver desperately needed homes – ultimately building better and beautiful will help us build more.

The Architects’ Journal reports author and academic Sir Roger Scruton, who has described himself as “instinctively hostile to Modernist… horizontal slabs” has been selected to lead the commission. His appointment gives the greatest indication of the direction the government will expect the commission to take, given Scruton’s clear small-state views and defence of traditional building methods.

Writing in 2013, Scruton said of the challenge of trying to build new homes to meet demand when good design is not a priority: “People resist large-scale development, because they know that it will produce an eyesore.

“Conservative-minded architects like Leon Krier at Poundbury and John Simpson at Swindon have shown that this need not be so, that we can learn from our traditional architecture how to build in ways that enhance the neighbourhood, and in ways that produce affordable housing too.

“People protest at the faceless estates that destroy the view from their window. But no-one protests at Poundbury except the modernist architects who sense the threat that it poses to their monopoly game.”

Scruton’s appointment was immediately attacked by the left, and The Guardian newspaper took the opportunity to republish their previous claim that he resembles a narrow-minded racist because of his views on architecture. 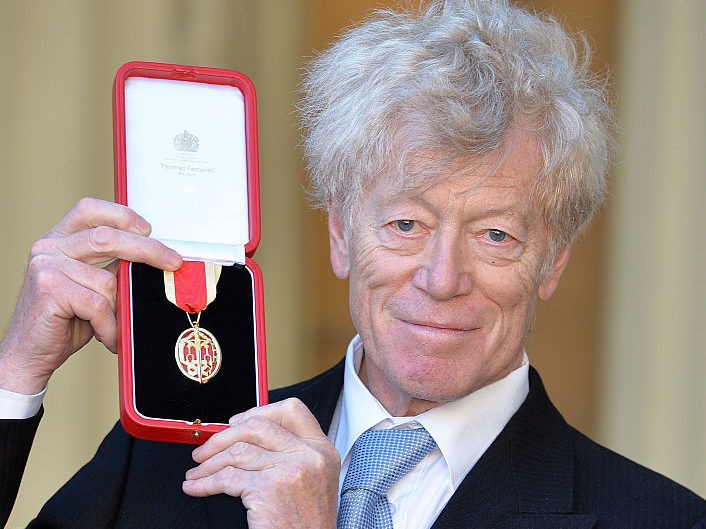 Sir Roger Scruton after he was knighted by the Prince of Wales during an Investiture ceremony at Buckingham Palace on November 25, 2016 in London, England. / WPA Pool/Getty Images

The views of Scruton and those he champions have long been derided by the left-architectural establishment. Singled out for particular scorn has been the Prince of Wales’ urban extension to Dorchester, Poundbury, which critics have called “embarrassing,” “fake, heartless, authoritarian,” and a “middle-class ghetto.”

Yet in 2018, 25 years after construction started on the town the British press has now acknowledged the Prince’s vision of applying ancient wisdom to the modern challenges of property development and mass car ownership has borne fruit and that he — in the words of The Guardian — may have had the last laugh.

Including many affordable homes into the scheme has prevented the attractive development from becoming the middle-class ghetto that was warned of, and the mixing of residential and commercial has meant one job per household within walking distance of home, releasing many from car dependency.

Britain's great Gothic masterpiece. Appreciate what we have because we've already lost so much. I wrote this a year ago and it remains pertinent:
Art of Britain’s Parliament Tell Story of Great Christian Nation That Revisionists Would Erase https://t.co/1lPcbjn25V pic.twitter.com/9ysqa2SNs1

Scruton, who argues for a universal value of objective beauty, was awarded a special medal by the Polish government in honour of “intellectual courage and integrity” in 2016 for his work during the Cold War in building secret underground universities in Poland, Hungary, and Czechoslovakia in opposition to the Communist regimes.

Speaking at the time, he told Breitbart London of the award: “I helped to plant a few seeds of conservative thinking in those countries, and to emphasize that it is permissible to love your country more than the global forces that wish to suppress it… In 1989 the destructive materialism of the communists was replaced by the soft materialism of the new Europe.

“My small influence comes from expressing the belief that materialism, in whatever form, is the problem.”