Three ruthless carjackers have been convicted for attacking disabled boxer Michael Watson MBE, his carer, and a teenage couple with ‘acid’ in two separate incidents.

Anselm Legemah, 23, Simon Luck, 29, and Paul Samuels, 31, were found guilty of conspiracy to commit robbery and applying a corrosive fluid with intent to burn, maim, disfigure, or disable, or to inflict grievous bodily harm.

Described as “professional robbers” in a Metropolitan Police statement, the three men are said to have cruised the streets in a stolen vehicle before spotting and boxing in a white Audi in Church Hill Loughton, Essex, on February 4th, 2017.

The men “sprayed the driver in the face with noxious liquid” and caused “permanent damage to his eyes” as well as burning the legs of the girl in the passenger seat.

In the second attack, Mr Watson, who suffered a serious brain injury in a super-middleweight title fight with Chris Eubank in the 1990s, was targetted with his friend and carer Lennard Ballack in Chingford, east London.

The pair were both sprayed in the face with ‘acid’ — actually ammonia — before their vehicle was commandeered.

Mr Watson, however, was still tangled in his seat belt after being thrown from the car, and dragged some 500 yards along the road while his “skin was peeling off”.

“It became like a nightmare. I couldn’t believe it was happening… I was hanging on for dear life,” the 53-year-old told BBC Crimewatch, describing the carjacking gang as “evil thugs”.

The teenage driver in the first attack, Bradley Robinson, offered a similarly traumatic account of his encounter with the trio in a victim impact statement.

“A man approached on my window asking for a lighter and as I turned my head acid was thrown in my face. My face and neck went numb and my vision blurred instantly, I was panic stricken… My passenger had to jump from the moving car,” he said. 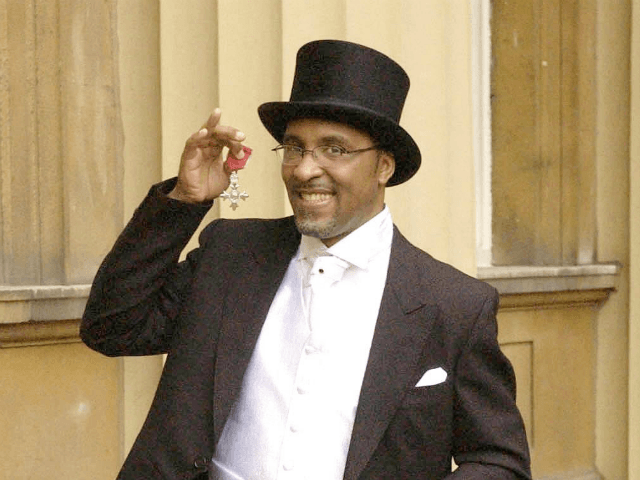 Former boxer Michael Watson, who was brain damaged in a fight with Chris Eubank 13 years ago, proudly displays his MBE, Wednesday, Feb. 11, 2004, after receiving the honour from Britain’s Queen Elizabeth II, at an Investiture Ceremony at Buckingham Palace, London. Watson, 38, who doctors said would never walk again, stepped up unaided to receive the MBE in recognition of his work for disabled sport. (AP Photo/Chris Young/Pool)

“The incident has had a negative impact on every aspect of my life and will continue to do so for the rest of my life.”

“The three defendants showed absolutely no consideration for the innocent people they scarred both mentally and physically during these offences to steal high-value vehicles,” commented Detective Constable Tom Lockwood, of Tower Hamlets CID.

“Their actions show a complete lack of humanity; their frightening and thoughtless motives have wreaked havoc on the lives of those affected.”

The carjackers will be sentenced on September 21st.