The 19th century Church of St Lambertus in Immerath, Germany, has been torn down despite public protests, as mosques and Islamic centres multiply across the country.

The huge building, which was “notable for its double towers and neo-Romanesque design”, according to the Catholic Herald, was demolished by the RWE mining company to make way for an opencast lignite mine.

St Lambertus and the farming village surrounding it was bought out by RWE some years ago, with the church being formally deconsecrated in 2013.

Villagers have been relocated to a new site, and provided with a new church built “according to a modern design”.

Good things are easily destroyed, but not easily created.

The demolition of St Lambertus comes as Islamic religious structures are spreading across Germany.

This process has accelerated over recent decades to keep pace with the large and steadily expanding Turkish community, but was turbocharged by Chancellor Merkel’s decision — enacted on fairly dubious legal grounds — to suspend Germany’s border controls and invite refugees in unlimited numbers in 2015.

Wealthy, Wahhabist Saudi Arabia was famously reluctant to imitate the open door policies of much of Western and Norther Europe — but did offer to build some 200 mosques in Germany to help accommodate the ‘New Europeans’. 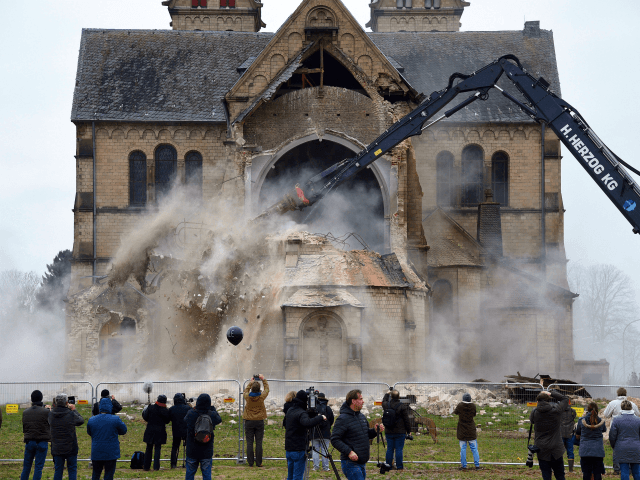 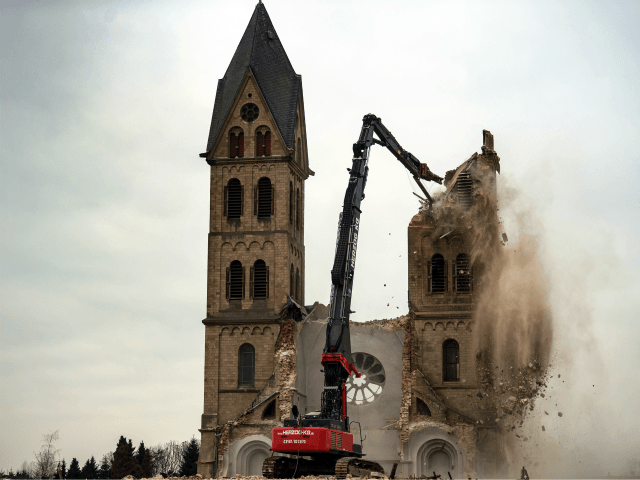 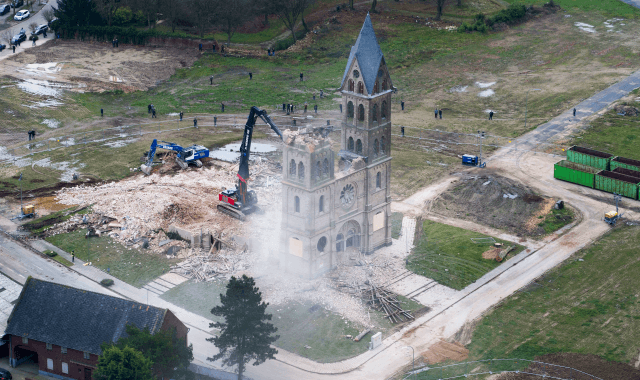