The SEK head said that the protesters intended to do as much harm as possible to the police in general and although his initial mission was to be on standby for potential terror attacks his unit had to be called in to help with the escalating violence. Mewes said that the violence he witnessed from the protestors, was “unbelievable” German broadcaster N24 reports.

Describing the events of the days and nights of “Welcome to Hell” protest which involved thousands of far-left extremists Mewes said, “from what I’ve seen, this was no longer a demonstration. This was much more advanced. I have been a police officer for over 30 years, I have never experienced such violence.” 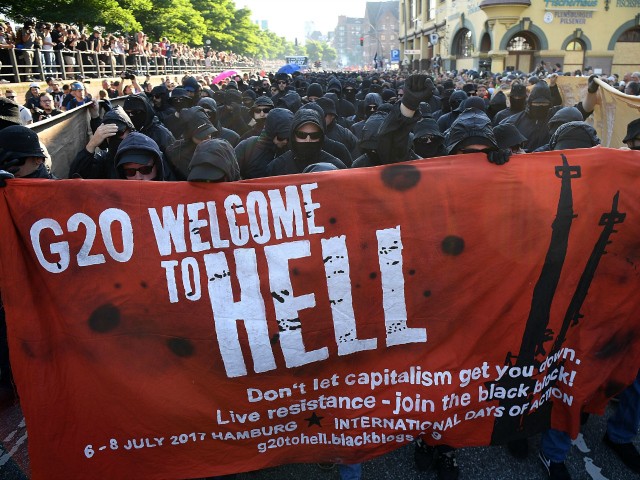 Mewes justified the deployment of the special anti-terror squad saying, “that is why, for us, this was not a tactic against protesters, but against both criminals, and potential criminals who have tried to harm both police officers and the population in both life and limb – possibly even in a life-threatening manner.”

“The main task of special units is the rescue of endangered human life. And that is exactly what we did at the moment.”

The SEK groups, who worked with their Austrian equivalent CORBA, were tasked with reclaiming rooftops occupied by left-wing extremists who were throwing bricks and other objects at riot police.

The extremists on the roofs offered no resistance to the SEK teams according to Mewes. “Altogether we searched six or seven houses. There were, according to my remarks, 13 arrests,” he said.

The SEK chief also described many onlookers who were taping the violence on their mobile phones and said some of them even cheered on and encouraged further violence against the police. “This was a totally bizarre situation, absolutely unbelievable,” he said.

Almost 500 police officers were injured during the G20 riots, some with severe injuries like a fractured skull. The area in which the protests occurred also saw a massive wave of property damage where many cars were set on fire including various police vehicles and many shops were looted. 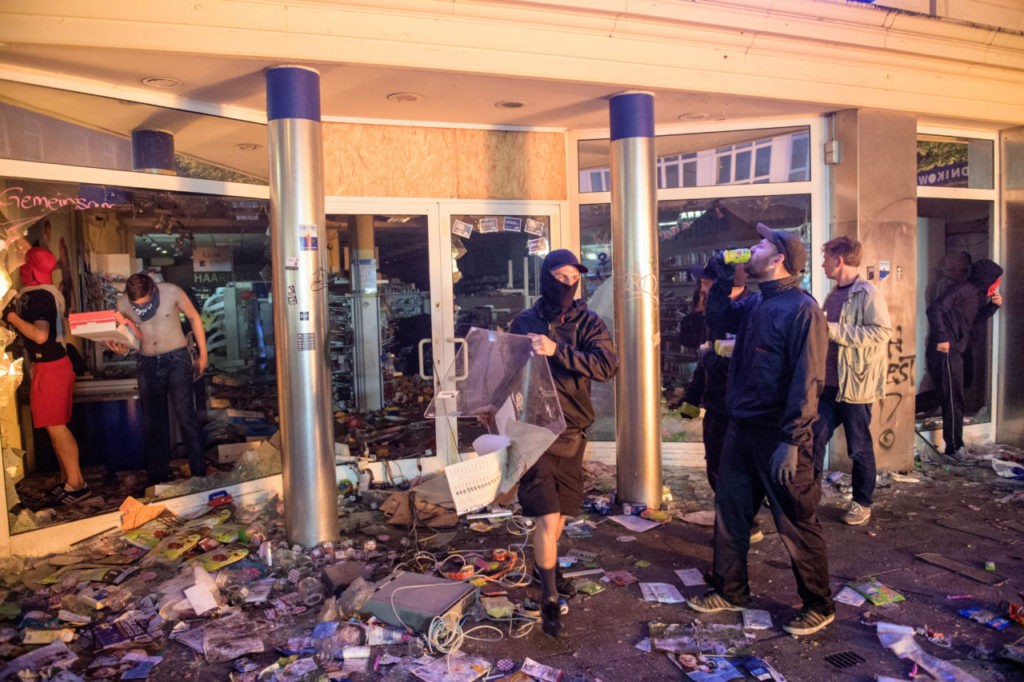 Before the riots, many shops are said to have paid protection money to extremist groups avoid damage and looting. Many shops paid 20 euros or more for a poster which signalled support for the extremists in return for protection. 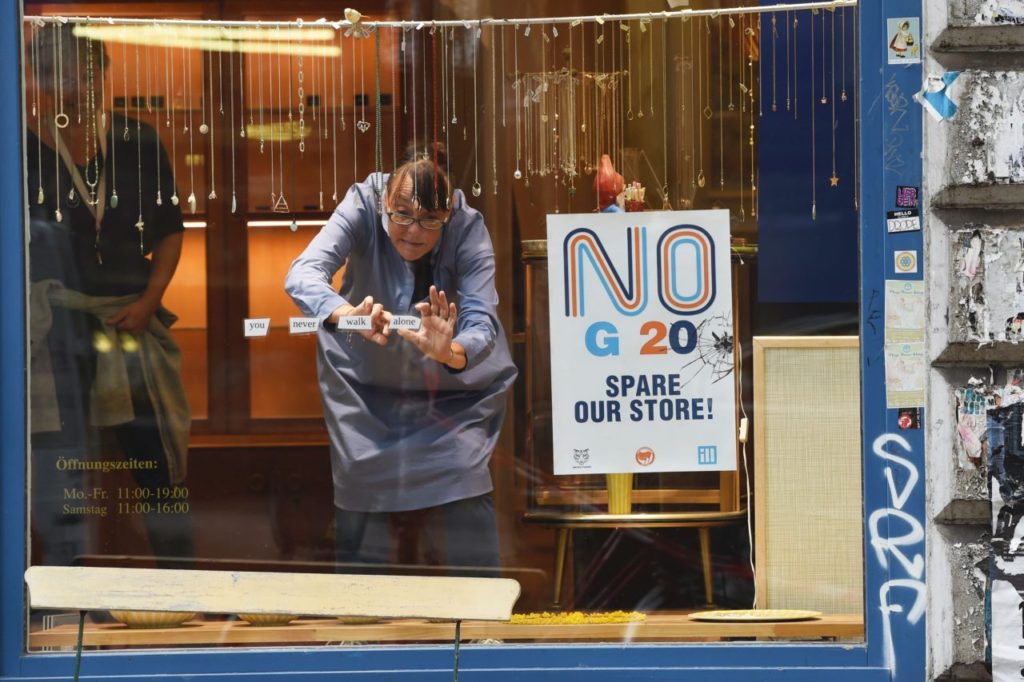 A shopkeeper attaches the words “you never walk alone” onto the shop window next to a poster reading “NO G20, spare our store !” to protect the shop against riot damages on July 5, 2017 in Hamburg. Photo: Christof Stache/AFP/Getty Images.