The Chief Minister of the British sovereign territory Gibraltar, the two and a half square mile outpost on the southern tip of Spain, has announced the Rock, as it is known, is to mark Brexit by replacing EU flags in the territory with Commonwealth ones.

Until now it has been common practice in Gibraltar to have three flagpoles on government buildings and in prominent places, displaying the Gibraltar, British, and European Union flags side-by-side. With Britain — and consequently Gibraltar — in the process of negotiating a withdrawal from the European bloc, the decision has apparently been taken not to take down the spare flagpole vacated by the European Union’s ring of stars, but to fly a new flag instead.

Speaking to the 47th Regional Conference of the British Islands and Mediterranean Region of the Commonwealth Parliamentary Association meeting in Gibraltar Monday, chief minister Fabian Picardo said the Commonwealth flag would replace the EU’s.

“Gibraltar has long been a member of the Commonwealth family at many levels”, said Mr. Picardo. YourGibraltarTV reports his comments at the meeting when he said: “Those relationships across the Commonwealth are what’s going to make Gibraltar strong and enduring in trade […] As we leave the European Union, Gibraltar will find itself with three flagpoles and only two flags to fly.

“I thought today would be an appropriate moment to inform you all that, on the day that we leave the European Union, that third flagpole will be taken by the flag of the Commonwealth.” 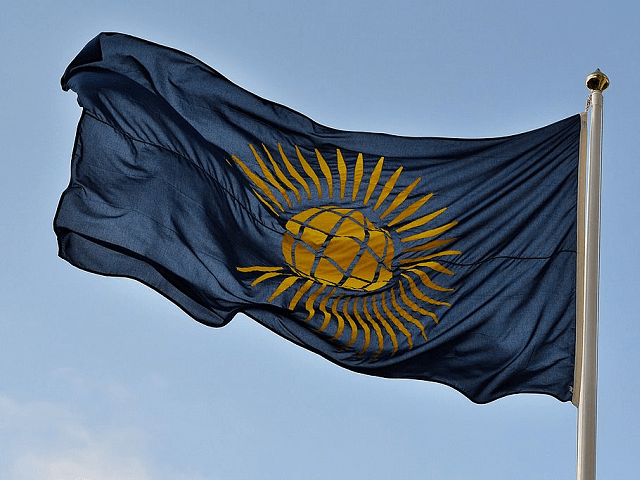 The flag of the Commonwealth flies in London / Getty Images

The Commonwealth, a 52-state membership group predominantly made of former members of the British Empire, emerged in the form it knows today in 1949. The symbolic Head of the Commonwealth is Queen Elizabeth II, but the position is not hereditary. Upon the Queen’s passing, the membership of the Commonwealth would have to decide whether to recognise Prince Charles as the new head or to select a different leader.

The nations that make up the Commonwealth presently account for a fifth of the globe’s whole landmass, and nearly one-third of all people on earth.

Gibraltar herself has been a subject of intense debate during the opening stages of Brexit negotiations, as Spain appears to be using the United Kingdom’s departure from the bloc to push their claim for ownership of Gibraltar. Hitting back at the EU, Picardo said: “Mr Tusk, who has been given to using the analogies of the divorce and divorce petition, is behaving like a cuckolded husband who is taking it out on the children.”

The Rock became a British possession as part of the 1713 Treaty of Utrecht, which saw it signed over from Spain to the United Kingdom.